Walking into Yvonne LaFleur’s shop, which bears her name, is almost like being shot back in time to early 1920s Paris, in all of its elegant, ethereal perfection.

It’s impossible not to immediately notice the shop’s beautiful fragrance, thanks in part to her signature scent. It’s calming and nostalgic, evoking memories of being a little girl and getting to try on mom’s perfume and pearls for the first time.

The 10,000-square-foot store on Hampson Street in Riverbend contains a bridal department, custom millinery, formal gowns, sportswear, lingerie and Yvonne LaFleur perfume sold only in the store. The display cases are all vintage and wooden, adding a unique charm and character to the maze of elegant silky gowns, satiny lingerie and Kentucky Derby-worthy hats, adorned with vintage silk flowers.

LaFleur’s appearance is as timeless as the essence of her store. She’s elegant, poised and soft-spoken, yet direct. As we speak, she works on a bridal veil, sewing with the precision of someone whose hands are well practiced.

Biz New Orleans: How did the idea for your store come about? Where did your inspiration begin?

Yvonne LaFleur: Well, it’s what I always wanted to do since I was 4 years old. I always tell people that the real gift from God is knowing what you want to do at a very early age, because then everything you do is a step toward it. I just absolutely loved retail.

I came to New Orleans when I was very young and I worked in the department stores, I’d just go and help them. I learned to make hats and I learned to sew. I had an aunt who was a saleslady at D.H. Holmes, so I learned to sell. It’s just all I ever wanted to do.

I was just out of college when I was working in a dress shop and a man wanted to invest in the dress shop. That didn’t work out with the owners, so he asked me the magic question, “How much would it cost you to open your own store?” So in 1969, he lent me 100 $100  bills and that’s what I opened with.

YL: It was not really a hippie store, but it was just very much the ’60s mode. Jeans were $8 back then – they were new – so that’s where I started. I always had this motto in my head – think best and be best – and I knew with what I started with, that I had a long way to go, but I just always held that out there.

Biz: What were the biggest challenges as you were opening? How did you make a name for yourself?

YL: Back then it was very easy to advertise. There were three television stations, two radio stations and one newspaper. But it just was a gradual thing. I did do billboards.

I had a wonderful advertising man along the way. He designed a very interesting campaign. The name of the store originally was You Boutique and we were the first of the boutique business in New Orleans. The slogan of the store was, “for women who aren’t afraid of their bodies.” Young people came in, older people came in to see what it was all about, and that’s how it kind of just rolled.

And then as I got more into the design work and the store got bigger and fancier and I came out with my perfume, it was easier to advertise one thing and of course the name of the signature fragrance is Yvonne LaFleur, so then the transition of the store’s new name happened May 1, 1984.  So I kind of grew up then.

Biz: You have traveled a lot during your career. When were you in Paris? How did that influence you?

YL: I was in Paris in the 1970s. I wanted to design a collection but I really didn’t have the knowledge of all commercial pattern making. So I worked in an atelier [in Paris] under a man named Maxi Librati and I learned to make the patterns. And what he would do actually is as soon as fashions happened on 7th Avenue [New York] or in Paris, he would make those patterns, and then the patterns he made would be shipped. If it was French fashion, he’d ship them to New York and vice versa.

Chanel always said that she made clothes for the masses because she wanted everybody to wear her styles eventually, and that’s what he was about as well.

Then I opened a factory in New York and distributed my designs to 400 stores. I had this store simultaneously, but I really loved the retail end of it, so I combined both, and because of the situation of having a factory, I was able to make relationships with people who make small cuttings for me. I also went to mainland China and did production there, so I was able to get proprietary products in the store that were really quite special.

I like to think that this store is to New Orleans what Ralph Lauren is to New York. It’s a very special New Orleans concept and when people come in from out-of-town, they notice that. I have a tremendous out of town business because when people need something special or they need a work wardrobe, they come here. It’s all altered complimentary and shipped to them. 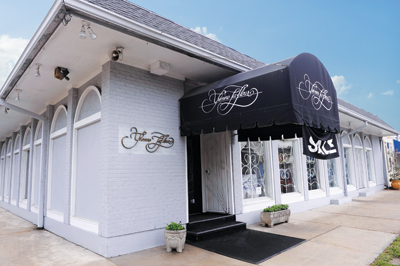 “I like to think that this store is to New Orleans what Ralph Lauren is to New York.”

Biz: So even with all the elegant gowns and beautiful hats you carry in store, you started with jeans. What was that like?

YL: $8 jeans, yes. It was an interesting time, what jeans did. They provided an equalizer for everybody. It was like a platform uniform, and then from there, people got their own sense of style. They might have added a French silk blouse, and then they might have developed their own sense of taste, but the blue jean in the 1960s was the equalizer.

Our current jeans are from England. We carry a line of English jeans called Made in Heaven. The bulk of my business is really our sportswear. And people think of that as utilitarian, like workout clothes, but it’s not. It’s tailored things like nice pants, silk blouses, cashmere sweaters, cotton sweaters, suits. That’s really the bulk of the business. And then of course we do bridal in a very special way.

Biz: What is the experience like for someone who comes in looking for a wedding dress?

YL:  With bridal, because we have one fitting room, we do like to use that room for our wedding gowns because then if a bride sees something else she wants to try on, it’s all right there and it’s very private.

She makes an appointment and we talk about the type of wedding she’s having and if she’s tried on dresses, what she’s looking for, and when she’s getting married.

So it’s a nice experience. I prefer for the girl to come just with her mother, if the mother has to be part of the decision-making. The television show [“Say Yes to the Dress”] has made it kind of a bit crazy. I think that people need to hear their own thoughts and not a group of people. Women do make decisions with the consensus of the group, but I always think if you can decide on the man, you can decide on the dress

Biz: What has been the most interesting part of being in the fashion industry for so long?

YL: I was Jessica McClintock’s first account. I carried her in 1971. I bought her in San Francisco and I had a whole little department with her dresses. They were called Gunne Sax – that was her brand label. So it’s been interesting to see the evolution of designers and how many people have come and gone. That’s a constant challenge because I’m very loyal to people and I build long-term relationships. For instance, in lingerie, I’ve lost seven resources, because if people have been with me for 35 or 40 years, often they’re retiring.

What’s also happened is, when I first started doing business in China, the United States had quotas on things and the quotas were so specific. For instance, you couldn’t bring in another green formal dress in January. But now it’s not the United States’ quota that’s so specific, it’s China saying, ‘You have to order 1,000 green dresses, or I won’t sell them to you.’ So it’s so different, and I think that’s kind of fun – the mental games with the business.

Biz: What keeps your work fresh and challenging?

LF:  The next day. Every day is different. I’m talking with you today and then I’ll deliver this veil later, hopefully to a happy bride, and it’s just always different. It’s sort of like having company all day long, with none of the trouble of inviting them.

It’s just exciting to get up every morning, and I can’t wait to come to work. It’s passion. Of course if you have passion and you’re an artist, gratitude is more important than the financial payback. People come in and they’re overwhelmed and they love it, and that’s exciting.

This really is an unusual store in America. It’s a single-store operation, and much of the merchandise is our own creation or collection, and it’s really special. Very few people would have anything this large and be able to sustain it. It’s been a good business. 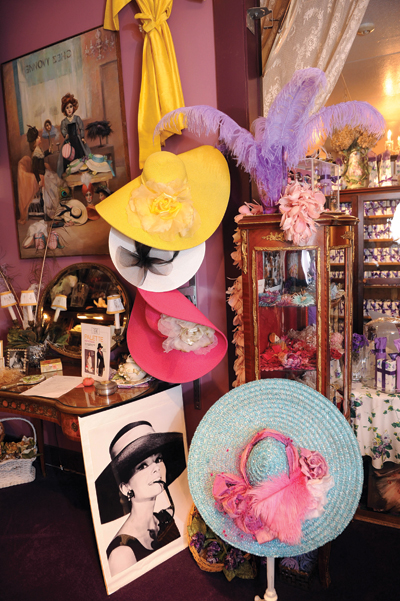 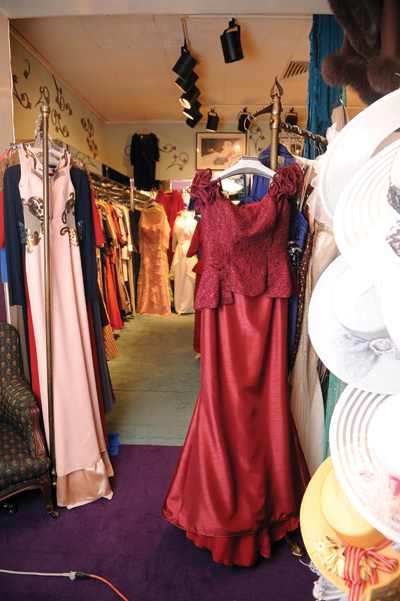 A treasure trove of elegant finds from around the globe, Yvonne LaFleur boutique features its own Private Designer Collection – including silk dresses, sportswear, suedes and one-of-a-kind formal gowns – as well as custom-made hats.