NEW ORLEANS – As the founder of NOLAVATE Black, the New Orleans Black Tech Collective, Sabrina Short strives to create diversity and equity in the local technology industry, while also fostering a safe environment where creatives of color can collaborate and thrive.

So last year, Short launched the inaugural Black Tech NOLA Conference – a summertime gathering that welcomed nearly 200 tech entrepreneurs, professionals and investors from around the Big Easy, and beyond.

“Our vision was to find black techies in the city, as New Orleans is the fastest growing tech hub in the country right now,” said Short. “We wanted to see where the black techies were, how we could support them, and how we could learn from each other. So we started Black Tech NOLA last year as a meetup, but it actually turned into a conference.”

Kyndra Joi, a radio personality on WBOK and the executive director of the non-profit, I Am My Sister, will host the conference.

“This year, we are expecting people from all over the world,” said Short, noting that the list of attendees comprises local entrepreneurs, C-Suite executives, and people visiting the city for Essence Festival. “We’re super excited to see the magic that’s going to happen.” 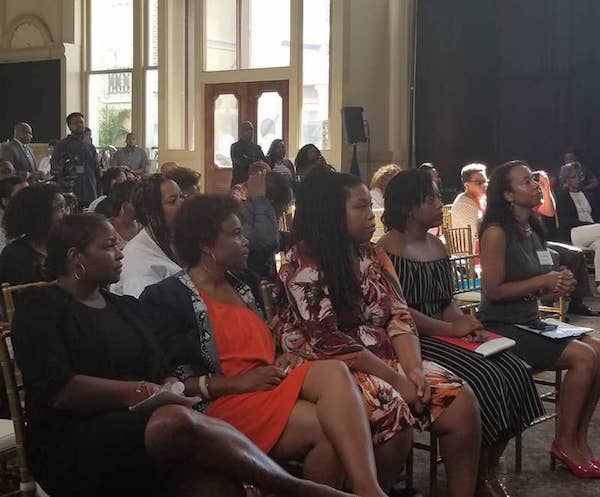 Short said she is once again expecting about 200 guests.

“We’d like to keep our events intimate, because it’s very important that we build relationships and really have some genuine connections in that space,” she said.

The conference kicks off on Monday with an VIP Honoree Mixer recognizing 30 black movers and shakers in the city’s technology sector. The following two days feature speeches from national tech leaders and government officials, including Valerie Jarrett, the senior advisor to former President Barack Obama and the current senior advisor to the Obama Foundation.

Jarret will speak with Monica Poindexter, the head of Inclusion and Diversity at Lyft, about the importance of diverse leadership within a company, and the country.

Representatives from JPMorgan Chase & Co. will illustrate how the company is financing local startups run by people of color and underrepresented groups.

Blach Tech Nola will also offer small breakout sessions that enable participants to “dive deeper into some of the topics” covered on the main stage, said Short. 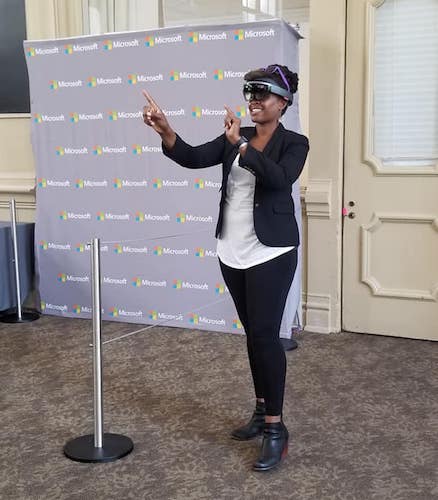 Those topics include an introduction to tech;  applying for a job and taking your career to the next level; setting up an e-commerce website; and using “the cloud.”

“We’ll have something for everyone in those breakout sessions, whether you are an experienced techie or a person who just has a cell phone and a Smart TV,” said Short.

During the NOLAVATE Black Pitch Competition, four local startups will pitch their tech idea, product or service in the hopes of winning $1000. Allen Square, the founder of Square Button, will serve as the keynote speaker for the event.

“It’s going to be a jam-packed, fun-filled schedule,” said Short.

Both main conference days will end with a Tech After Hours social event.

“My goal of this conference is to create a network of folks who can support one another, learn from one another, and help each other as they grow in their tech career, in their business, and in their communities,” said Short. “I want people to walk away feeling that they’re not alone.”

Visit blacktechnola.com for a detailed schedule and information on tickets. Receive $25 off your registration with code BTN2019.