Lowry Curley, co-founder and COO of AxoSim, discusses the company’s ambitious goals, its current wins, and what we need to do to make New Orleans a real player in biotechnology.

In March, AxoSim took home New Orleans Entrepreneur Week’s grand prize, and with it $100,000. While an obviously large payday, it was only the latest in a string of wins for the young startup, founded in 2014 by two researchers at Tulane University — J. Lowry Curley, who serves as AxoSim’s co-founder and CEO, and Michael Moore, co-founder and CSO.

Last September, AxoSim made headlines with the announcement of a $1.77 million grant from the National Institutes of Health Small Business Technology Transfer. Before that, the company received two grants in August 2016 from the National Science Foundation and the Center for the Advancement of Science in Space, totaling $455,000. The year it was founded, AxoSim won the Louisiana BioChallenge business pitch, which included $25,000 to help get the company started.

What does this company do that’s attracting so much support? Simply put, its Nerve-On-A-Chip technology uses a 3D model that looks and acts like a real nerve to allow pharmaceutical researchers and scientists to monitor the potential effects of drugs on humans more quickly and cost-effectively than traditional methods.

During the Coulter IDEAPitch, which rounded out this year’s NOEW, Curley wowed the crowd with the promise that his company is going to help speed up the process for discovering the best drugs to treat neurodegenerative diseases like Alzheimer’s, ALS and multiple sclerosis. With the prize money, the company plans to hire additional sales staff.

Curley says his career in biotechnology began with a seed of curiosity implanted while he endured a personal medical experience in college.

“I had a neurological issue that required some very innovative, high-tech medicine,” he says, “Everything is 100 percent fine now, but I was intrigued by the development of newer and better biomedical tools. I knew I wanted to make a difference, which has driven my life goals.”

Curley’s path to Nerve-On-A-Chip gained traction while he was working on his PhD in biomedical engineering at Tulane University. Following several postdocs, including a stint in Belgium, he realized the only way to translate research breakthroughs outside of the lab was through commercialization, which drove him to return to New Orleans and begin AxoSim’s efforts.

What makes the company’s Nerve-On-A-Chip technology so attractive to pharmaceutical companies, according to Curley, is that nearly 94 percent of drugs intended to treat neurodegenerative diseases fail in clinical trials—a huge margin of error for investors and patients alike. AxoSim’s technology is designed to create an alternative to animal testing that will provide more data earlier on in the process.

Can you explain a bit more what AxoSim does?

Created via micro-engineering techniques and novel biomaterials, Nerve-On-A-Chip is a 3D cell-based model that mimics living tissue in both form and function. By implanting organoids (artificially grown masses of cells or tissue that resemble an organ) into a Nerve-On-A-Chip, biometric human nerve tissue is allowed to grow, thereby allowing researchers to perform clinically relevant nerve conduction tests, as well as perform histology to correlate structural changes to functional metrics.

What about your company should excite the average New Orleanian?

One in 10 people suffer from a neurodegenerative disease like Alzheimer’s, MS, ALS or Parkinson’s — that’s 32 million Americans, including many of our loved ones. AxoSim is helping develop cures for some of the most devastating diseases in the world, right here in New Orleans, so our family and friends don’t suffer for the rest of their lives.

What is AxoSim bringing to the Southeast Louisiana economy?

AxoSim hired brilliant people who came to New Orleans to work with a cutting-edge biotech company and exceptional local talent who may not have been able to stay here otherwise. On top of that, we are already working with some of the largest pharmaceutical companies on the planet, forming international partnerships and injecting over $3 million in capital into our region.

What types of jobs are you offering?

Right now, AxoSim has seven full-time and three part-time employees, as well as four interns. The majority of our team is scientists, but we have a chief business officer and an administrator and operations manager. We are also bringing on two high schoolers from the YouthForce NOLA summer program to expose local students to new industries. 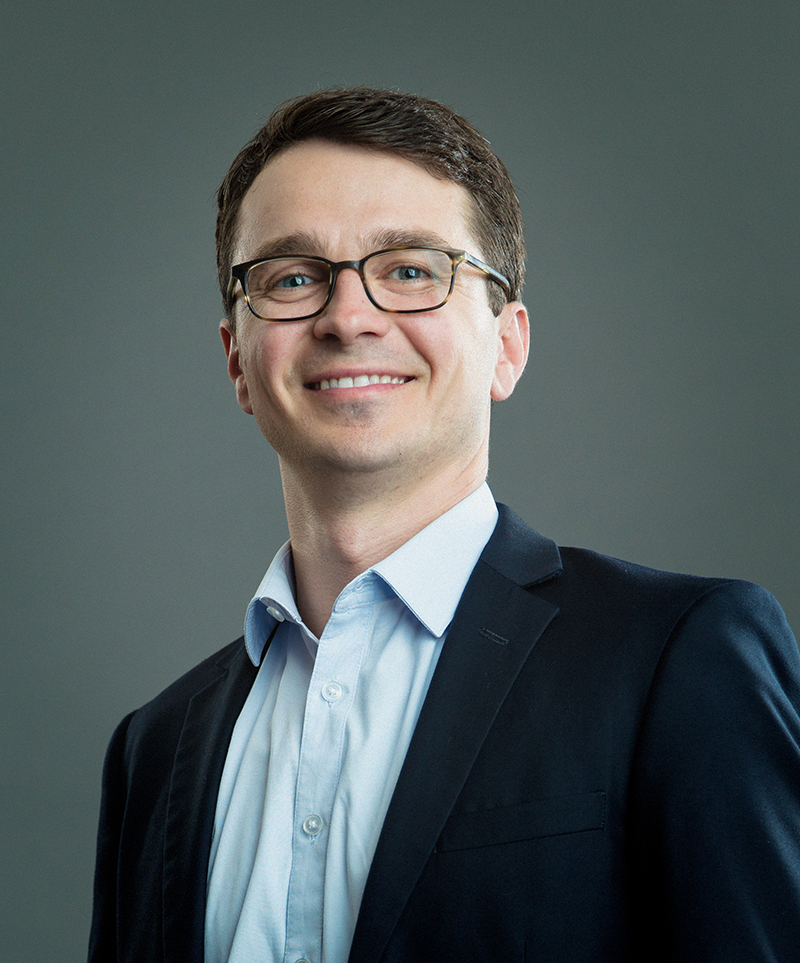 Does funding for the company come largely from grants or are there private investors?

Right when we were founded we began applying for federal small business commercialization grants. We received three out of the three grants we applied for, which is pretty incredible. However, the grant process is slow and 2016 is when we really got traction. Our funding has come from a combination of grants, commercial revenue and private investment from across the country, including significant support from local angel groups.

Your company slogan is “Human Data, Faster.” Can you give an example where your product has produced faster data than is expected within the industry?

We were approached by a large pharmaceutical company last year who had a critical project where they had been quoted $250,000 and three months for a single animal study. We were able to deliver the same results in one-third of the time and at a fraction of the cost. They are now a repeat customer and valuable partner.

Why is getting this data faster important to the world at large?

There are patients across the world who have suffered for years from Alzheimer’s, MS, Parkinson’s — even our local hero, Steve Gleason, who has ALS. Our Nerve-on-a-Chip technology unlocks a critical tool for pharmaceutical companies to accelerate the development of cures to help patients in a way that hasn’t been possible before.

What are the company’s long-term goals?

One of AxoSim’s most ambitious goals is to develop our Nerve-on-a-Chip as a platform for personalized medicine. Imagine if someone suffering from Alzheimer’s could receive a treatment designed specifically for them, without wasting critical time trying treatments that ultimately don’t work.

As far as biotech in the region, where does New Orleans rank? Close to the top, down at the bottom or securely in the middle?

Unfortunately for now, New Orleans is not a big regional player. I hate to say that, but we are working hard to change our position. More resources for the New Orleans BioInnovation Center, University Medical Center, and local entrepreneurs are crucial. However, the community here is very supportive instead of hyper competitive, which is unique compared to the Northeast or West Coast.

Who are the big biotech players in the region and what are they doing?

To name a few: Nashville has grown a big industry in healthcare IT and Houston had developed a significant ecosystem around new cancer treatments, stemming from MD Anderson. Between Birmingham and Huntsville, Alabama has put together some serious public and private institutions fueling biotech growth, including a large pharmaceutical company called Nektar Therapeutics that has now expanded to San Francisco and India.

What are the challenges to the biotech industry in this region?

The success of Silicon Valley partially stemmed from some hugely successful startups that went on to support the next generation of entrepreneurs. While we have some great innovations and talent coming out of Tulane, LSU, Xavier, and UNO, we haven’t generated that critical mass yet. Access to capital is another hurdle, but this is slowly starting to change. While local investors are beginning to understand the benefits of investing in startups, the comfort level with biotech needs to improve.

What would you like to see happen to move the biotech industry forward?

Startups who become regional anchors. Startups blaze the trail for up-and-coming biotech innovations by creating jobs, developing experienced leaders and managers, and investing back into the local ecosystem. I think that we will have a difficult time recruiting a large biotech company to relocate here. Instead, we need to focus our resources to create our own momentum.

Continue growing. That may sound broad, but one of AxoSim’s core values is dedication to personal and professional development. As our team gets stronger and we continue to create global partnerships, the sky is the limit. We aren’t going to rest until we are an international player. 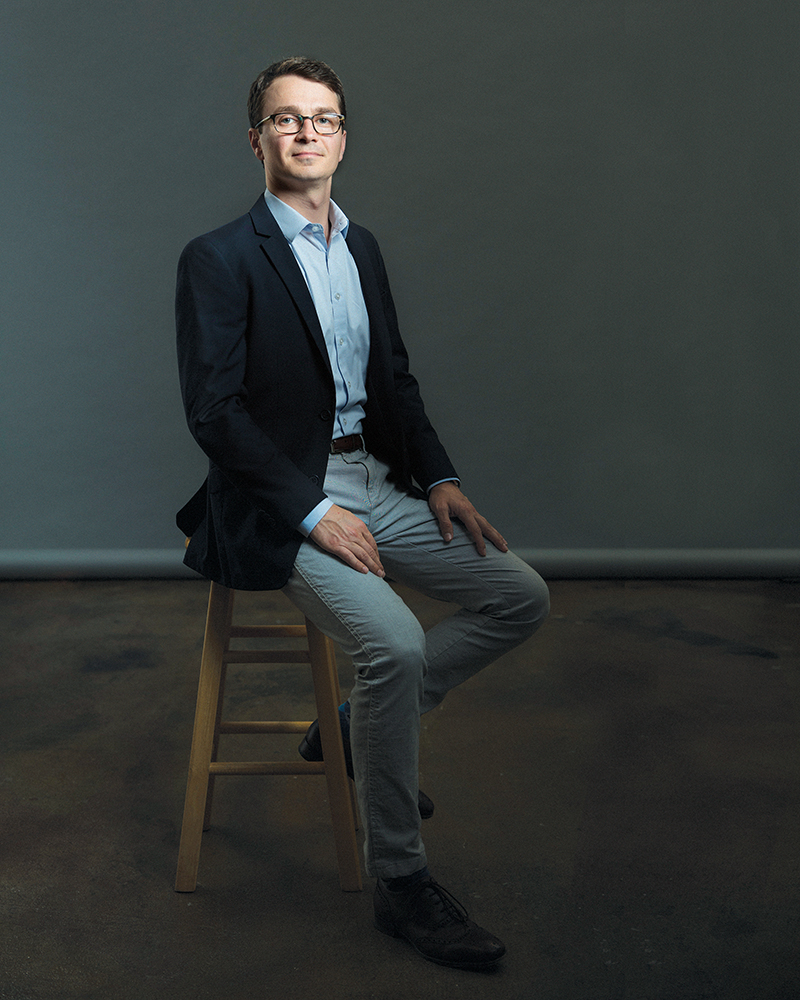 “The Power of One” by Bryce Courtenay. I first read this book about living a mission-driven life in high school and it really stuck with me.

“Game of Thrones.” I am a bit of a nerd and may have read the books more than once…

Who do you look up to?

My grandfather, Cappy, has been a big role model for me. He enlisted in World War II at 17. His three older brothers had already volunteered, and he had to convince his mom to sign his papers. He was a humble leader who accomplished great things, traveled the world and raised a loving family. He also had a sense of style and loved good food, which I try to carry on in his honor.

I don’t know if you would call it advice exactly, but watching my parents and grandparents sacrifice and work hard to make the world a better place really shaped me from an early age.

I don’t have as much time for hobbies as I used to, but I have always loved reading. I try to make time to read as much as possible.

I try to exercise every morning. This is one of the few things that keeps me sane with all the stress of startup life.

When people chew too loudly. It’s funny, but I recently found out from 23andMe that I have a genetic predisposition to “feelings of rage triggered by people munching, chewing, sipping and chomping their food.” I’m not kidding; It’s called misophonia, look it up.

What are you most looking forward to in the next 12 months?

I am getting married in March 2019 to an amazing woman, so I am looking forward to starting a new chapter and celebrating with family and friends. It can’t all be about work, right?