The  NACgraft is a biologically-derived allograft of the human nipple-areolar complex (NAC) intended to replace the NAC when lost due to mastectomy or other procedure or incident. Currently available nipple reconstruction options such as prostheses, tattoos, and skin flap reconstructions often have unsatisfactory results. BioAesthetics hopes the NACgraft will improve the quality-of-life — including body-image and other positive psychological impacts — of those choosing to undergo breast reconstruction. 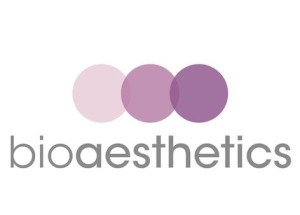 This new clinical study will be conducted by Dr. Scott Sullivan at the Center for Restorative Breast Surgery, in New Orleans, LA and Beverly Hills, CA and by Dr. Karen Horton at San Francisco Plastic Surgery. The study will follow, over a 12-month period, approximately 36 patients who receive nipple reconstruction with the NACgraft. The primary objective of the study is to evaluate healing time, with the secondary objectives being to assess patients’ satisfaction, well-being, self-esteem, body image, psychological well-being, nipple dimensions and sensitivity. The study is listed on clinicaltrials.gov under “Investigate Wound Healing, Aesthetics & Pt Satisfaction Post NAC Reconstruction Using a Decellularized Donor NAC Graft.”

“We are looking forward to working with Drs. Horton and Sullivan for this study,” says Nicholas C. Pashos, Ph.D., Founder and CEO of BioAesthetics. “There are several patient populations who could benefit from the NACgraft in addition to female breast cancer survivors who have received autologous reconstructions. We are excited make the NACgraft available for these patients as well.”

The NACgraft, like other decellularized human tissues, is regulated as a human cell, tissue and cellular and tissue-based product (HCT/P) under section 361 of the Public Health Service (PHS) Act and 21 CFR Part 1271. Establishments engaged in manufacture of HCT/Ps are required to register with FDA, which BioAesthetics has done.

“The unsatisfactory results of current nipple reconstruction techniques is the primary hindrance to achieving ‘complete’ breast reconstruction,” says Scott K. Sullivan, M.D., Founding Partner of the Center for Restorative Breast Surgery and the St. Charles Surgical Hospital and a member of BioAesthetics’ Scientific Advisory Board. “This study is the next step in advancing the NACgraft to broad-use and we are excited to welcome new patients to the research.”

“As a breast cancer survivor myself, I know the challenges that cancer patients have with body image,” says Dr. Sandra Coufal, BioAesthetics’ Board member and Series A co-lead. “Helping women (and men) to restore their bodies with complete breast reconstruction is an exciting step and I look forward to the outcomes of this new study.”