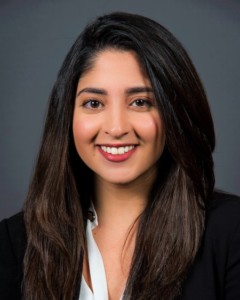 METAIRIE  – Emmett Dupas III and his team at Bienville Capital Group welcome Mojdeh “MJ” Efatian to their practice as client relations manager this month. MJ’s responsibilities will include enrollment meetings and client servicing. She has a background in training and recruiting and has been with Northwestern Mutual since October 2018. MJ attended Louisiana State University where she received a Bachelor of Arts degree in international relations. She is currently working towards a graduate degree from Tulane University.

“We are ecstatic to have MJ join our team as our new Client Relations Manager. Her addition will allow us to add additional services to help participants achieve successful retirement outcomes, “said Dupas.

Emmett Dupas III has been with Northwestern Mutual since 2003 and has been in the investment business since 1990. Emmett and his team specialize in helping business owners and HR departments with their retirement plans by educating them and helping with creative solutions that enable informed decisions to be made. In addition, Emmett works with individuals to identify their financial goals and create a roadmap of their future to reduce uncertainty along the way by using world-class insurance services and internationally recognized investment products.

Emmett was named one of the Top 100 Retirement Plan Advisers in the country by PLANADVISER Magazine in 2019, 2017, 2016, 2015 and 2012. Emmett was named to the 2018 and 2017 list of Top DC Advisor Teams with AUA over $100 Million by the National Association of Plan Advisors. In 2017, 2016 and 2015, Emmett was recognized as a Top Retirement Plan Advisor by Financial Times. In 2012, 2013 and 2014, New Orleans CityBusiness named Emmett as one of their Money Maker honorees, recognizing 50 financial professionals whose fiscal work, accomplishments and achievements have not only set the pace for their company, but the region as a whole.