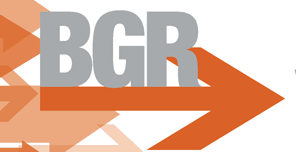 NEW ORLEANS – In a new report, the Bureau of Governmental Research – a nonprofit watchdog group – recommends voters renew a 0.5-mill property tax dedicated to Jefferson Parish’s Office of Inspector General and the Ethics and Compliance Commission. BGR says the dedicated tax is the best available funding mechanism to support the entities’ independent oversight of Parish government. The Office of Inspector General, which receives most of the tax revenue, follows professional standards and practices in conducting audits and investigations, develops and publishes an annual audit plan, tracks the implementation of recommendations, and undergoes periodic performance reviews. Combined, these measures support the office’s potential to spur effective improvements in Parish government.

If approved, the tax would run for another 10 years, beginning in 2022. The tax would generate $1.5 million in the first year. Homeowners would pay $5 annually on each $100,000 of property value above the homestead exemption. While the millage is a relatively small part of property tax bills, it is the sole source of revenue for both the OIG and the Ethics Commission. Without it, the entities would soon cease to exist unless Parish leaders found another revenue source. The current tax will expire at the end of 2021.

BGR’s report finds that a properly functioning and well-funded OIG can support transparency and accountability in Jefferson Parish government, build public trust and confidence, strengthen the case for businesses to invest and operate in the parish, and discourage corruption. The Ethics Commission can support integrity in Parish government and provide independent oversight of the OIG. While some observers have criticized the current inspector general’s performance, the proposition is not a referendum on this individual. Rather, voters must consider the value of the office itself and the Ethics Commission in providing independent oversight of Parish government.

The report also finds that the tax is the best available funding option. It provides the entities with a dedicated source of funding that is independent of the Parish Council’s control. This is important because the OIG can audit or investigate the Council’s actions.

The OIG receives most of the tax revenue and uses it primarily on personnel expenses for the office’s full-time audit and investigation programs. In addition, if voters renew the tax, the OIG intends to use the anticipated revenue gain to begin a limited program for inspections and performance reviews. Such a program would identify ways in which Parish government can become more efficient and effective.

Finally, the report finds evidence that the tax revenue will be well spent. The OIG prioritizes its annual audit work based on a risk assessment and adheres to professional standards for conducting audits and investigations. Further, the Ethics Commission meets regularly with the OIG and receives periodic performance reviews from local citizens and national peers to hold the office accountable. Thus far, the OIG has received positive reviews from both groups.

However, the long-term effectiveness of the OIG depends on the responsiveness of Parish officials. The Council, Parish President and other entities have no legal obligation to respond to an OIG report. Obtaining responses from the Council has been particularly problematic because the body lacks a process for its seven members to provide a collective response to the OIG. In addition, the OIG has no authority to force the Council, Parish President or others to implement any recommendation. From 2013 to August 2020, the OIG reports that corrective actions have been implemented for 42% of the office’s 184 recommendations.

Room for improvement, however, remains in several areas. The Office of Inspector General should clearly justify to the Ethics Commission its allocation of resources for each project. This would give the public a better understanding of the staff time spent on each report, allowing them to judge whether the return was worth the effort. Further, the office should more clearly report to the public on the individual parties responsible for implementing each recommendation and any corrective actions they take. Finally, to increase the potential effectiveness of the OIG’s work, the Parish Council should adopt formal processes for the Parish administration and the Council members themselves to respond to an OIG report.