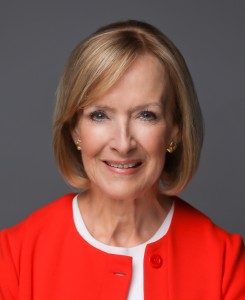 NEW ORLEANS – The Bureau of Governmental Research has announced that its 2022 Annual Luncheon speaker will be Judy Woodruff, anchor and managing editor of PBS NewsHour. At the luncheon, Woodruff will discuss “From Where I Sit: Thoughts on the Press, Politics and the Future of Public Discourse.” The luncheon will take place at noon on Friday, Nov. 18 at the Hilton New Orleans Riverside Hotel.

This year’s event will also highlight BGR’s 90th anniversary with a tribute to past chairs of the nonprofit’s board of directors. The gathering is BGR’s first in-person annual luncheon since the start of the pandemic.

“For a decade on the anchor desk of PBS NewsHour, Judy Woodruff has chronicled the changes in politics and the media that shape how we, as citizens, engage with our elected leaders and with each other,” said BGR President and CEO Rebecca Mowbray. “As an organization that informs the public and policymakers on ways to improve government in the New Orleans area, BGR looks forward to presenting Judy’s unique insights and observations.”

Woodruff has covered politics and other news for more than four decades at NBC, CNN and PBS. She served as White House correspondent for NBC News from 1977 to 1982, followed by one year as chief Washington correspondent for NBC’s Today Show. She joined PBS in 1983 as chief Washington correspondent for the MacNeil/Lehrer NewsHour, and from 1984 to 1990 she anchored PBS’ award-winning documentary series “Frontline with Judy Woodruff.” After moving to CNN in 1993, she served for 12 years as an anchor and senior correspondent, anchoring the weekday program, “Inside Politics,” among other duties. She returned to the NewsHour in 2007, and, in 2013, she and the late Gwen Ifill were the first two women named to co-anchor a national news broadcast. After Ifill’s death, Woodruff was named sole anchor in 2018.

Woodruff is a founding co-chair of the International Women’s Media Foundation. She serves on the boards of the Freedom Forum, The Duke Endowment, the Carnegie Corporation of New York, Public Radio International, and the National Association to End Homelessness. She is the recipient of more than 25 honorary degrees and numerous awards, most recently the Radcliffe Medal, the Poynter Medal for Lifetime Achievement in Journalism, the Gwen Ifill Press Freedom Award, and the Cronkite Award for Excellence in Journalism. She is the author of This is Judy Woodruff at the White House, published in 1982. Woodruff is a graduate of Duke University, where she is a trustee emerita.

U.S. Treasury Awards Louisiana Up to $113M for Small Businesses