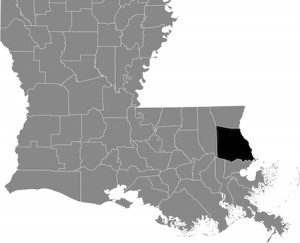 NEW ORLEANS — From the Bureau of Governmental Research:

BGR has released a new report titled “On the Ballot: St. Tammany Parish Sales Tax, Nov. 13, 2021.” The report is intended to help voters in St. Tammany make an informed decision on whether to approve a 0.4% parishwide sales tax to fund State-mandated responsibilities of the Parish Government (the Parish). These obligations include providing the parish jail and courthouse, as well as financial and operational support to the 22nd Judicial District Court and certain independent offices, such as the sheriff, district attorney, clerk of court, assessor and registrar of voters. The proposed tax would generate an estimated $22.2 million annually and be levied for seven years, beginning January 1, 2022.

Historically, the Parish relied on two dedicated sales taxes to meet its obligations for the jail and Justice Center courthouse complex. However, those taxes expired in 2018 after voters rejected the Parish’s three attempts to renew them. Since then, the Parish has struggled to continue funding the jail and Justice Center, as well as keep up with its State- mandated responsibilities to other local government agencies. It will enter 2022 with no operating reserves for the jail or Justice Center, a significantly reduced General Fund reserve and several million dollars of unfunded obligations. Facing a fiscal crisis, the Parish President appointed an advisory committee to review the Parish’s finances and determine a sustainable solution to meet State-mandated responsibilities. The proposition reflects the committee’s recommendations.

BGR’s report finds that the Parish has developed a spending plan that would enable it to fully fund its State mandates. The plan would total $30.8 million annually and allow the Parish to fulfill its share of operating and repair costs at the jail, restore cuts in operations and fund repair costs at the Justice Center, and meet all of its obligations for the District Attorney’s Office. The spending plan would become part of the Parish Council’s annual budget process and tax revenue would be allocated among the governmental agencies based on need. This would give the public an opportunity to participate in the budget process, track the use of tax dollars and reassess the Parish’s financial stewardship of tax revenue through a shorter, seven-year renewal period.

The report also finds that the sales tax is an acceptable funding mechanism. The tax would be imposed on residents and visitors alike and has the potential for revenue growth as the Parish’s population and economic activity increases. The Parish could also begin receiving tax revenue in early 2022 to meet State mandates.

The tax would enable the Parish to pay for most of its State mandates. The Parish would use $8.6 million in recurring General Fund revenue to pay the remainder. The tax would reduce the current strain on the General Fund and leave roughly $3 million in recurring General Fund revenue each year. Parish officials say they can use this revenue to restore cuts to code enforcement, blight remediation, recreational facilities and public health services.

Finally, the tax would prevent a fiscal crisis for the Parish. If voters reject the proposition, the Parish will not have the recurring revenue it needs to meet the full slate of State-mandated responsibilities. The tax would also help sustain and improve service quality during the next several years. A significant portion of the tax revenue would be used on the Parish’s justice system, which has a direct impact on crime and public safety. The tax would also support the agencies housed in the Justice Center that provide core government services.

Based on this analysis, BGR takes the following position:

FOR. The proposed sales tax would provide the Parish with a new revenue source sufficient to pay for State-mandated responsibilities related to the justice system and other governmental services essential to residents’ quality of life. The tax would put an end to a deepening fiscal crisis in St. Tammany Parish Government that has resulted from a lack of undedicated revenue to meet these obligations.

The proposition overcomes concerns previously raised by BGR during past renewal attempts. This time, the Parish has accompanied the tax request with a clear spending plan and accountability measures. It would have flexibility to allocate tax revenue among the governmental agencies depending on their annual budget needs. It also has accountability mechanisms that let the public track the tax’s revenue and spending. The shorter seven-year term of the tax gives voters an opportunity in the near future to hold Parish officials responsible for their stewardship of tax revenue. Finally, the proposed tax provides the Parish with a new revenue source that can be scaled to the Parish’s population growth and increases in economic activity.

Click here to read the full report or the InBrief summary.