Investors in the first fund include Entergy, Raising Cane’s and BankPlus. 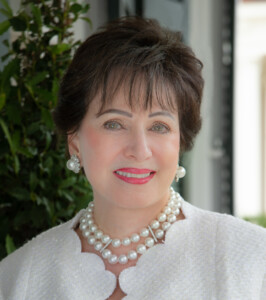 “The idea when we started Benson Capital Partners was to build on the value of stimulating our local economy and proving to the rest of the nation that New Orleans and the surrounding area are ripe for opportunity,” said Benson. “The initial closing of our first real estate fund exemplifies the progress we are making in our effort to fill the gap of limited investment capital in our region. It is vitally important that we continue to be a catalyst promoting economic development. This is just another step, another fund, another opportunity to build our economy, add new capital and create new jobs while generating returns for our investors.”

The real estate fund, which focuses on the same geographic footprint as BCP’s venture capital fund, has already invested $16 million in regional projects with a “healthy pipeline” currently in due diligence, according to a Benson spokesperson. Ochsner Health is one of the fund’s anchor investors.

“Mrs. Benson and the organizations she leads are a critical component of our region’s economic and cultural health,” said Ochsner CEO Pete November. “We’ve seen how much our communities benefit when we invest in them and focus on the future. Ochsner is pleased to join forces with Benson Capital Partners to help to revitalize the communities we serve.”

Like the venture capital fund, the new real estate fund is aimed at middle-market projects that are too big for smaller local investors and not big enough to attract interest from big national ones. Real estate projects with a total price tag of anywhere between $5 million and $25 million fall into that category. One recipient of funds is a pair of office buildings, soon to be renamed Riverside Park, at Power Boulevard and I-10 in Metairie. It seems possible that the fund might also invest in the late Chris Owens’ former Bourbon Street nightclub, which Benson purchased in 2022.

“The real estate fund will not only invest in New Orleans but around the entire region,” said Greg Bensel, BCP senior vice president of communications. “We will look to invest dollars around the state of Louisiana and are currently working with people around the state to identify opportunities. Markets like Birmingham, Jackson, Huntsville and Mobile are also very viable in our plan. This is a full regional investment and commitment.”

BCP hired Keith Schneider, who most recently worked at TriGate Capital in Dallas, to help run day-to-day operations of this second fund. He joins Mike Katz and Caroline Crumley, who have been on the team since the debut of BCP’s first fund.