NEW ORLEANS — Bellegarde Bakery has announced that it is now an employee-owned cooperative as it continues to produce bread, baked goods and pasta for New Orleans restaurants, retail partners and customers.

Founder Graison Gill sold his ownership of Bellegarde to five employees who will form Bellegarde’s employee advisory board. Additional Bellegarde employees will be eligible to join the cooperative after one year of employment. Gill himself will be taking his talents across the Atlantic Ocean.

“I’ve been offered a fairy tale opportunity to open a bakery in London,” Gill wrote in an email newsletter to his Bellegarde customers. “And you can’t say no to a destiny which has already said yes–how else could I be so lucky if not for fate? By the time you’re reading this, I’m already next to London Bridge placing flour orders and reading oven manuals. This little shop in Albion really won’t be much different than the one on Toledano (the first Bellegarde.) Why would it need to be? The same integrity, energy, and ingredients are to be used. I know no other way to make bread.” 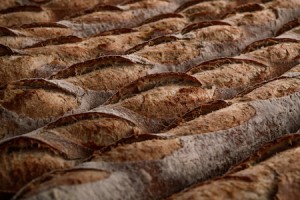 “The energy and integrity of Bellegarde will be preserved by the people who maintained it all these years,” said Gill in a press release announcing the change in business model. “What makes the co-op model so exciting is that it stands for a way things used to be done and how many people want them to be done in the future. Much like bread baking, it’s a way of doing business where you get out what you put in. I’m proud and excited for this change. And I ask for New Orleans’ support. The same you’ve provided for years. But this time to a newer spirit at Bellegarde.”

The five founding members have been at Bellegarde for a combined 16 years.

“We are excited to continue offering the same quality products Bellegarde has always been known for,” says General Manager Mollie Sciacca, who took on her role at Bellegarde in 2017.

The Bellegarde team consulted with Project Equity, a California-based nonprofit that provides hands-on guidance to businesses who want to transition to employee ownership.