Your company can stand with kids with cancer this month by participating in a St. Baldrick’s Foundation event. 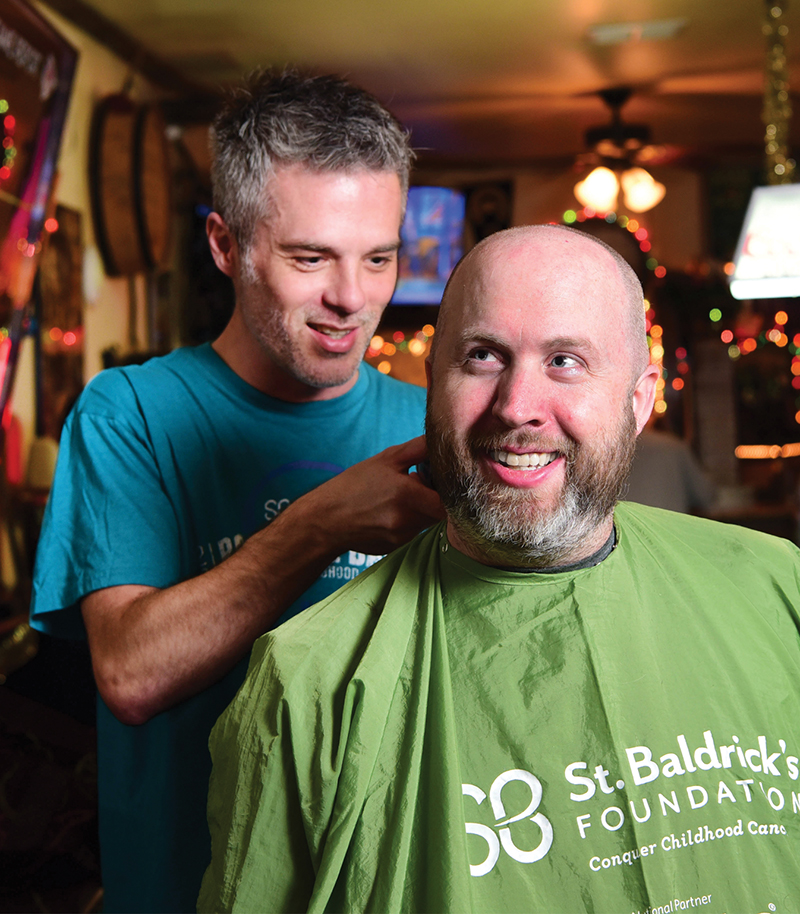 On October 5, 2009, at his home at the age of 17, New Orleanian Vijay Anand Hassan Nagendra lost his valiant six-year battle with brain cancer.

“He was a geek,” his father, H. V. Nagendra affectionately said. “He was into electronics and computers. And he was a comedian, always ready with a joke. He was also passionate about supporting efforts for more cancer research and often participated in St. Baldrick Foundation’s fundraising events.”

St. Baldrick’s Foundation is the world’s largest private funder of childhood cancer research grants. The main way the organization raises funds is from people volunteering to shave their heads in exchange for donor support, including in the New Orleans area.

“It’s like any ‘a-thon’,” said Dean Arnett, a long-time volunteer with Baldrick’s Foundation’s efforts in New Orleans. “You contact your friends, family and coworkers, telling them what you’re doing and asking them for donations. Then you show up at the event, wait in line… when it’s your turn, you jump in the chair and do it.”

Every year Vijay looked forward to participating at Tulane University’s St. Baldrick’s shave day. He often had his head shaved, and he even shaved a few heads, too.

“They were very brave people who let him shave them,” says his mother, Mary Nagendra. “The type of cancer he had affected the part of the brain that controls coordination. But he loved doing it, and he always got the job done without injury.”

St. Baldrick’s head-shaving started with one event in 2000. Today, more than 560,000 heads have been shaved at 13,000 events worldwide. Events take place in pubs, restaurants, schools, parks, malls, military bases, firehouses and any other place you can imagine.

The first St. Baldrick event in New Orleans was held in 2003 at Parasol’s, an Irish Channel neighborhood bar. A shave at Deutsches Haus started soon after; their efforts have raised around $800,000. Last year the Finn McCool’s shave broke $1 million raised over 10 years.

Some shavees also donate their hair.

“This year, I’m hoping to give 17 inches to Wigs for Kids,” said Jeff Durlak, a private contractor courier for Coram/Omicare Pharmacies.

“I think a lot of people live under the false notion that you have to be wealthy in order to be a philanthropist, but that’s just not true,” said Marigny DeMauriac, team captain of Ladies for the Fight and CEO of DeMauriac, financial and wealth management. “A lifetime of small gestures can turn into something truly impactful, and this is one of the small gestures I can make.”

THE BASICS
Mission
The St.Baldrick’s Foundation is a volunteer- and donor-powered charity committed to supporting the most promising research to find cures for childhood cancers and give survivors long and healthy lives.

Notable Local Shavees
• Thomas Morestead, Saints punter, and Garrett Hartley, placekicker, have both shaved their heads for the cause.
• “NCIS-New Orleans’” Mobtown Props team is one of Finn McCool’s biggest fundraisers, often raising $24,000 with at least 10 people going under the clippers.
• Friedrich’s group, Team AMAZE-balds, usually participates every four years, and has raised between $8,500 and $10,500 each year that they’ve participated.
• Phil Martin has participated every year since 2013 on Team Rolling Elvi. Over the years, he’s raised $8,768. He also created a gimmick with the help of a hairstylist: Last year he dyed his hair in flames. “That was the most I ever raised in one event — $1,986.”
• Ben Franklin High School also hosts a shaving event. “This year we hope to raise $15,000 for St. Baldrick’s,” said Darren Eady, math and computer science teacher at the school. “On average we raise around $9,000 per year.”

A Good Match FOR COMPANIES WHO…
Want to put together a team and participate at Finn McCool’s or Deutsches Haus’ shaves. Peter Mayer Advertising has been raising funds since 2013. “We get about six or eight people to shave,” said April Hirsch, executive assistant at the agency. “We’ve raised as much as $20,000.”

Want to honor a colleague with a fund where the money raised will be credited and from which grants can be named.

Participate in an icon program. Customers purchase paper St.Baldrick’s icons showing that they gave. The icons can then be displayed at a business. 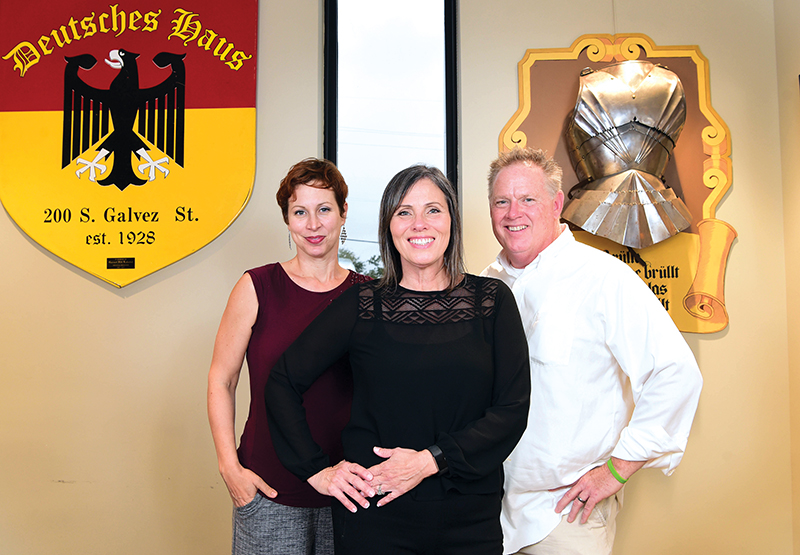 More children are lost to cancer in the United States than any other disease—in fact, more than many other childhood diseases combined.

Every 2 minutes a child is diagnosed with cancer worldwide.

In the U.S., 1 in 5 children won’t survive, and those who do often suffer long-term effects from treatments too harsh for their developing bodies.