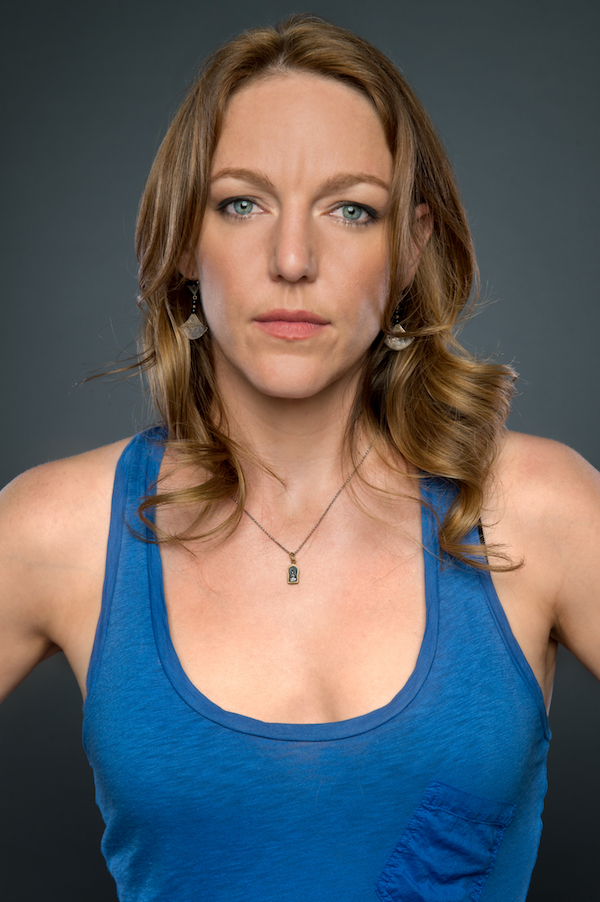 As a stouthearted, stolid soldier, she’s slaughtered countless rotting, biting and creeping  zombies. Award-winning actress Kerry Cahill plays Dianne on the hit TV series AMC’s “The Walking Dead” and she’s beyond fierce. In addition to appearing on films like “Free State of Jones” and “Terminator Genisys,” Cahill has also been using her voice for years to make a difference.

Among all her causes, however, helping veterans live happy and healthy lives is her foremost passion.

Cahill is a proud army brat and, unfortunately, a gold star family member — meaning an immediate relative of a U.S. Armed Forces member who died in battle or in support of certain military activities. In 2009, her father, Michael Cahill, was shot six times and lost his life during the terrorist attack at Fort Hood, Texas when he rushed the gunman in an attempt to save other lives. In 2010 he was awarded the Secretary of the Army Award for Valor.

A spokesperson for AMVETS, Cahill designed a bracelet, similar to the one her father wore every day, as part of an art therapy program for Help Heal Veterans. The bracelet craft kit makes more than a wristband, it stands as a reminder of the sacrifices her father made.

Now, on Oct 26, she and Cooper Andrews, who portrays Jerry on “The Walking Dead,” will host the BARKING DEAD BALL. The fundraiser benefits Cahill Cares and Bastion, a nonprofit organization that supports returning warriors and families through their transition from military service and beyond by providing a healing environment within an intentionally designed neighborhood.

The benefit’s goal is to raise $8,000 for Bastion’s community garden.

“The money will allow us to buy the initial tools and equipment we need to plant and maintain the garden,” says Jeremy Brewer, program director. “The garden will give residents more ready access to fresh vegetables and a community garden is another means of building community through fostering relationships by encouraging residents to work together for a common purpose — growing and maintaining a flourishing garden.”

“Many organizations are great at what they do,” she says. “But they might not be able to give the perfect sound bite or bring much exposure to their efforts. But I feel like I can offer both those things. I know I can throw some great parties and raise lots of money.”

What: Barking Dead Ball: An exclusive evening of Fun & Fright

Where: RiverWalk, 161 Riverwalk Dr. in Madisonville

Tickets: general admission is $125 and VIP tickets (which include a meet and greet, photos and autographs) are $250.