New rules and regulations for the coming year

Things are always changing in the world of banking, and in 2015, this translates to new mortgage disclosure forms, stock perils and tax traps, local lending opportunities and stricter accounting of financial transactions.

Among the changes: Starting Aug. 1, 2015, banks and lending institutions will be dramatically streamlining the formats of their disclosure forms.

Mortgage Loans Made Easier
For more than 30 years, those who sought mortgages were given multiple disclosures at different times, and they were often confusing to read and burdensome to behold.

According to the Consumer Financial Protection Bureau, the Dodd-Frank Wall Street Reform and Consumer Protection Act’s regulatory requirements will direct lenders to hand over a single loan estimate – which provides key facts about the loan’s features, costs and risks – no later than the third business day after a loan application is submitted.

Another form called the closing disclosure contains information about all transaction costs and must now be given at least three business days before the consummation of the loan – a big change since banks didn’t have to provide any kind of window to customers before closings in the past.

The new forms will clearly disclose interest rates, monthly payments and costs to close the loan, provide data to help consumers decide whether the loan is affordable, and compare the terms with other loan offers, including the cost of the loans over time.

“It’s going to be a huge shift,” says Fidelity Bank Senior Vice President and Compliance Officer Linda Tresemer. “It will be like changing the direction of an iceberg.”

Tresemer, whose bank is a mortgage-heavy lender, says that while the new forms will benefit customers, the challenge is to get all parties involved on, literally, the same page.

“The old disclosures had so many regulations we used to call them ‘Alphabet Soup,’” she says. “Now, they are very transparent, and loan information is explained in laymen’s terms. However, we need to make sure everyone involved will be following the new guidelines together.”

Mark Higdon, partner and shareholder of GC Lending Services, says the new settlement statements in 2015 will itemize all the charges for his clients, satisfy all the Truth in Lending requirements, and provide better guidance for financiers, real estate agents and title companies.

“The guidelines are there to protect consumers,” Higdon says. “Regardless of the headaches we may have to deal with, they were put there so that no terms can be changed at closing. It’s a good thing, but it’s something we’ll all have to adjust to.” 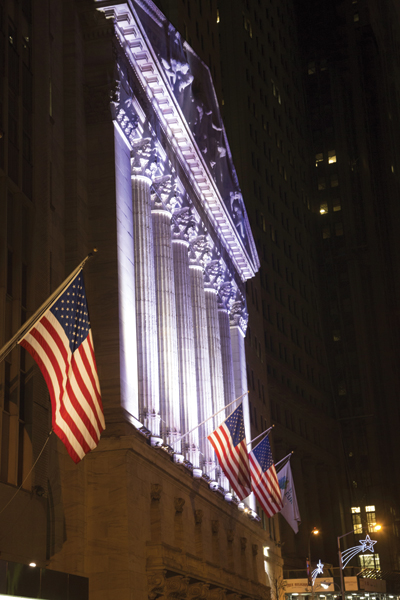 Playing The Stocks, Avoiding The 3.8 percent
The stock market is continuing a strong five-year run, which means there is no time to waste in diversifying your portfolio in 2015.

Silverman says due to volatility and the longevity of the current uptick, try not to predict market performance, but invest for the long term based on your individual risk tolerance.

“Another issue facing higher-income individuals who have benefited from the rising local economy is that investment gains may be subject to a Net Investment Income Tax, a 3.8 percent tax that came with the Affordable Care Act during 2013,” Silverman says. “Times have been prosperous in our area of late, and investment gains and income levels have risen to a point where more people will be impacted by this tax in 2015, above and beyond other traditional taxes they’re expected to pay.”

The 3.8 percent tax comes into play when your modified adjusted gross income exceeds $200,000 a year for a single tax filer or $250,000 a year if married filing jointly, he says. If you fall into that financial parameter, expect to be taxed on the lesser amount of your net investment income or modified adjusted gross income above the specified thresholds.

“One strategy we’re recommending is if you have substantial gains from real estate sales, consider taking advantage of a Section 1031 Like-Kind Exchange,” Silverman says. “If you sell a property, acquire a similar property so you can defer taxes on that exchange. By trading properties, you’ll not only defer capital gains taxes, but also avoid falling into that category where you might have to pay the additional 3.8 percent Net Investment Income Tax.”

Silverman also recommends maximizing qualified retirement-plan contributions. In this way, you’ll be building long-term wealth in a tax-deductible, tax-deferred way, he says, while reducing your taxable income to potentially minimize the 3.8 percent tax in an effort to retain more of your annual earnings.

For Banks, Look Local
Michael Bush, president and CEO of Mississippi River Bank, sees lots of potential growth in 2015 for small businesses and entrepreneurs who want to stay, and bank, locally.

While area community banks have worked a lot with the oil and gas industries, Bush says banks like his are bridging the gap to reach out to those in the emerging tech fields.

“Community banks are important to capitalism,” says Bush of the locally owned and operated Westbank bank. He notes, however, that many startups and new college graduates don’t understand the value of what they can offer.

“The goal is to do business with those who bring something to the table for the community,” he says, “whether it’s creating jobs or filling a specific niche.”

While many aspiring businesspeople may seek national brand banks, Bush says banks like his could actually be a better fit for their financial needs.

“Eighty percent of all new businesses fail within five years,” he says, noting that local banks tend to be more familiar with a specific region, its needs, and the local competition present in any given field. As such, they may be better suited to find that successful 20 percent.

According to Bush, the larger national banks don’t have the time, or inclination, to do this kind of research.

“I look for that entrepreneurial spark,” Bush says. “It’s hard to define, but I know it when I see it.” 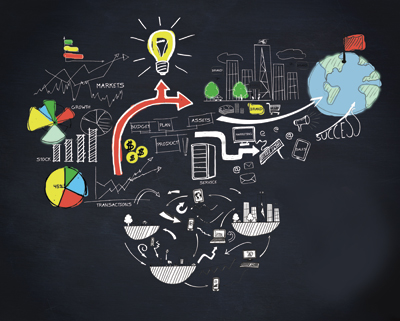 “I look for that entrepreneurial spark,” says Michael Bush, president and CEO of Mississippi River Bank. Bush says small business owners could do well to turn to local community banks like his that may be willing to look at things a little differently.

Dead Money
“Imagine going to Rouses to buy a bottle of milk, and when you’re about to leave someone takes the milk away, hands your money back, says you can’t do business with them again and won’t tell you why,” says Mark Rosa, CEO of Jefferson Financial Credit Union. “In banking, that’s a reality. In certain circumstances we would have to tell a customer we no longer want your business, here’s a check for all your money, we’re closing your account, and, by the way, we can’t discuss it.”

Rosa says he believes the Bank Secrecy Act will be more strongly enforced in 2015.

Rosa says the regulations have evolved in recent years, and now any unusual transaction, no matter the amount, could be enough to trigger the filing of a suspicious activity report, or SAR.

“The way these security laws are enforced are contrary to the way Americans do business,” Rosa says. “After 9/11 these regulations got teeth. Now, they can’t be enforced enough. They’ve got teeth and claws.”

The parameters for determining what suspicious activity entails are very broad and subjective, Rosa says, and banks are not even allowed to discuss them with a customer in question.

“The point of frustration is you can’t have the conversations you want to have,” he says.

Rosa says that not only does the Act hurt customer relations, it hurts a bank’s bottom line.

“Compliance costs are enormous and getting higher,” he says. “We’re member-driven and member-owned with a larger variability of net income each year. But larger financial institutions have to pass those costs along.”

Rosa says the bank would rather use the money spent on compliance to make improvements to mobile banking or enhance client services,” he says. “Instead it’s all going to compliance costs. It’s dead money.”