Boylan, named President of Ballard Brands on June 18, 2016, initially joined Ballard Brands in 2009 as a member of the company’s Board of Advisors. In 2011, he assumed the role of Chief Development Officer and has expanded the company’s footprint across the U.S. as well as several international markets. During his tenure as Chief Development Officer, Boylan was instrumental in developing and implementing strategies that resulted in double-digit annual revenue growth. He also developed sales and operational strategies and an organizational structure to expand the brands in various non-traditional channels.

Boylan has over 20 years of professional and executive leadership experience in a wide variety of companies including public, private, venture capital and private equity. Prior to joining Ballard Brands, he held senior executive positions in various companies including Honeywell, Inc. and the Coca-Cola Company. He earned an MBA from Wake Forest University’s Babcock Graduate School of Management and a Bachelor of Science degree with a concentration in Aerospace Engineering from the U.S. Military Academy at West Point. He is also a decorated combat veteran who served with both the 101st and 82nd Airborne Division. He is currently a member of VFW Post 8973 in New Orleans and the Chairman of the Board for Bastion, a 501(c) (3) nonprofit organization that is building an intentionally designed neighborhood in New Orleans for returning warriors and families with lifelong rehabilitative needs.

Taking Boylan’s former leadership role at Ballard Brands as CDO, David Mesa, Jr. joins the company after spending 13 years with Planet Beach Franchising Corporation (most recently serving as their President of Franchise Operations), progressively holding more executive roles at the Planet Beach world headquarters than any other executive. Mesa was instrumental in the company’s growth from 60 to over 350 locations.

Prior to joining Planet Beach, Mesa served eight years as Director of Business Operations for Allegis Group, the largest privately held staffing company in the United States. Mesa also served eight years in the United States Marine Corp. as an Air Traffic Controller. In March 2005, he received the designation of Certified Franchise Executive (CFE) by the International Franchising Association for his work and study in the franchise industry and has maintained that designation to date. He is also a member of the International Institute for Franchise Education.

Mesa currently lives in Harvey, LA, with his wife, Brandi and their two children. He considers himself a musician and a golfer but professes he is not very good at either.

“I am excited to join an organization that is truly on the verge of hyper-growth,” Says Mesa. “The caliber of people within Ballard Brands, combined with the tremendous potential for growth is what attracted me to this opportunity.” 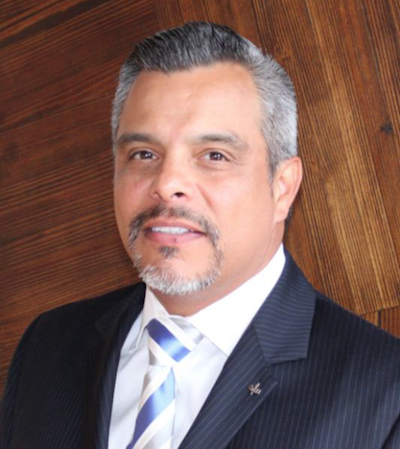