Once an economic powerhouse, Avondale Shipyard is experiencing a revival and is rebranding as Avondale Marine, LLC. 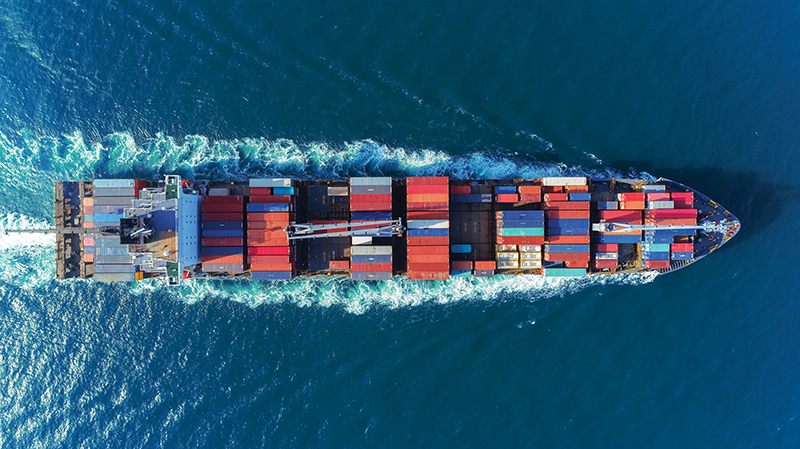 For officials at Greater New Orleans, Inc. and the Jefferson Parish Economic Development Commission (JEDCO), the 2010 closure of Avondale Shipyard wasn’t an end; rather, it was the beginning of the historic site’s second chapter.

Working with principals in the private sector and government representatives at the parish, state and federal levels for nearly a decade, persistence finally paid off on Oct. 3, 2018, when Virginia-based terminal operator T. Parker Host and Illinois-based Hilco Redevelopment Partners finalized the purchase of the riverfront property from Huntington Ingalls and formally announced their new joint venture — Avondale Marine, LLC.

JEDCO Executive Director Jerry Bologna says the rebirth of the Avondale site “represents great economic momentum for the area and a great opportunity” that will create thousands of quality jobs with competitive salaries once the project comes to full fruition and Avondale Marine becomes an intermodal hub for advanced manufacturing.

“It was about not just getting (the Avondale site) reopened, but getting it reopened in the right way,” GNO, Inc. CEO and President Michael Hecht says. “And it wasn’t difficult to have that perspective, in this case, because Avondale Shipyard had such a storied history in Jefferson parish as a place that helped create the middle class here — employing more than 25,000 people at its peak. So given that legacy, there was really a sense that we had to try to redeem the site by recreating that type of job opportunity, if possible.

“We knew if we brought the site back online, and it didn’t have exciting job potential, that the public would be disappointed.”

The Avondale site — which played a significant role in our country’s nautical history for 75 years — possesses several attractive elements as it’s now being refitted as a 21st century global logistics hub. First and foremost, this is a true intermodal location with 8,000 linear feet of Mississippi River frontage to handle deep-water cargo, be it incoming raw materials or outgoing finished products, along with access to rail transport and highway transport.

More than a dozen “legacy buildings” are still standing throughout the 254-acre Avondale footprint, meaning future tenants could use or remodel existing infrastructure to fit their specific needs, as opposed to spending additional time and money constructing from scratch. Avondale Marine will also redevelop the site’s dock and terminal structures and plans to make operations up to 90 percent greener than the previous Avondale Shipyard. This will be achieved by using a variety of power sources, including solar energy and electricity. It is projected that Avondale Marine will be the home of 2,000 new jobs within the next five years.

To make that ambitious economic projection a reality, GNO, Inc. and JEDCO continue to be heavily involved with this project. After spending eight years searching for the proper buyer, local economic developers have now moved onto the next phase and are marketing Avondale Marine to potential tenants looking to relocate or establish an additional operation to their existing industrial roster. While GNO, Inc. and JEDCO are not involved in the actual negotiation of a potential lease, they are responsible for showing the site, informing prospects of state incentives, answering how they can address their workforce needs, recruiting key operations employees and integrating them into the Greater New Orleans and Southeast Louisiana community.

“Essentially, GNO, Inc. and JEDCO serve as a concierge service to prospective tenants,” Hecht says. “And what that does is it allows those companies to focus on negotiations with Avondale itself, and not have to worry about other elements of the deal like ‘Where are we going to find our workforce?’ So, in a nutshell, we help ‘de-risk’ the deal for prospective tenants.”

In January 2019, Avondale Marine hosted its first vessel — the first activity at the former shipyard in years, actually — upon the arrival of the M/V Ning Tai Hi, which took off from Hong Kong bound for Santa Marta, Colombia. While Avondale Marine served as just a temporary docking facility on this ship’s voyage, the moment carried a sense of significance that far exceeded the functional element of that stop.

“With this project, there is obviously a direct implication — more good jobs for the good people of Jefferson and Greater New Orleans,” Hecht says. “But when you look at it symbolically, this represents a renaissance that we think is indicative of the economic rebirth of not just Avondale, but the entire region post-Katrina. When you have a key economic asset that goes out of service and then you’re able to bring it back, it gives everyone confidence in the future.” 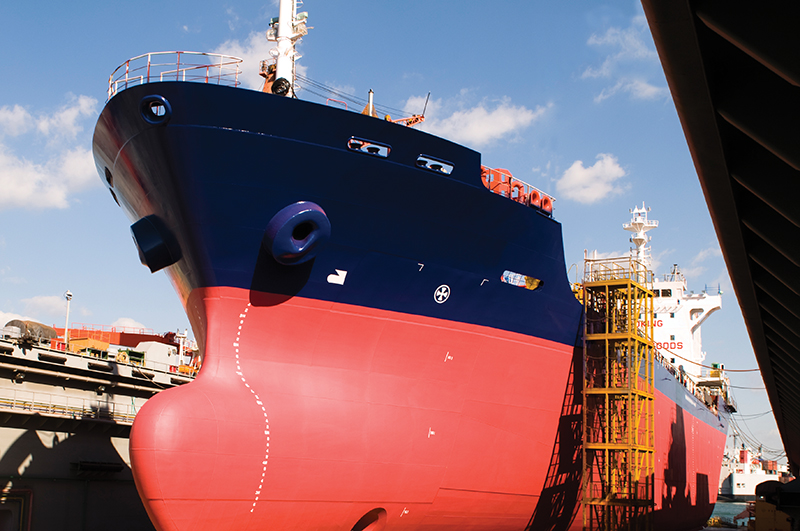 New building tanker in dry dock with cranes on background