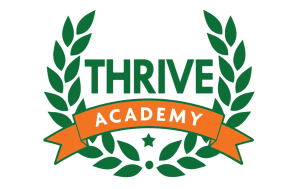 BATON ROUGE (The Center Square) — The state-funded boarding school Thrive Academy in Baton Rouge continues to struggle with controls over payroll, leave records and other issues, according to the Louisiana Legislative Auditor.

The issue with payroll, as well as inadequate controls over leave records, were detailed in two prior audit engagements.

“In a review of leave balances for 15 of 53 employees who were eligible to earn leave, six (40%) had inaccurate beginning balances on July 1, 2021. Their leave balances were overstated by three to seven days.”

Auditors also found three out of 18 timesheets sampled for recorded leave between July 1, 2021 and June 30, 2022 included paid time off taken during the summer that was not recorded in the time tracking system.

Thrive employees also failed to accurately report information in the state’s movable property system, which “could limit the ability to adequately monitor and safeguard those assets,” auditors wrote.

Louisiana Administrative Code requires all movable property with an original cost of $1,000 or more to be documented in the state system and information forwarded to the Louisiana Property Assistance Agency within 60 days after receipt of the item.

The only other significant finding centered on four contracts and expenditures between July 1, 2020 and June 30, 2022. Thrive is required to gain approval from the Division of Administration for contracts that exceed its delegated purchasing authority of $5,000.

“Thrive executed four contracts for professional, consulting, and personal services without obtaining Division of Administration, Office of State Procurement approval,” auditors wrote. “Eight payments totaling $36,742 were made to the vendors for services provided between July 2021 and May 2022.”

Another 60 payments totaling $82,681 were made to 11 vendors without a required contract. Three additional payments totaling $5,250 to another vendor occurred as Thrive attempted to document its relationship to the vendor for OSP, but did not yet have final approval.

Thrive Superintendent Paul Sampson responded to the report’s findings in a series of four letters to Waguespack that explained the “human errors” behind the issues and steps the school is taking to address them.

Thrive implemented new procedures to address the payroll and leave records, “including transitioning to the CATS employee timekeeping system before December 31st, 2022,” the letters read.

The issues with failing to record movable property were rectified with new Expenditure Request Forms that now “require a signature and date from the person receiving the items,” while problems with contract regulations were addressed with “a standard contract/service agreement to use with vendors for services totaling less than $5,000,” Sampson wrote.