Local professionals talk about what they expect to see under Trump.

A collective sigh of relief is coming from many Greater New Orleans businesses and workforce law attorneys. After eight consecutive years of tough regulations — including executive orders made by the former president — a new era is dawning, and many who have had to work with those regulations are encouraged by what they’re hearing.

“For businesses and employers, it’s a new day!” exclaims David Whitaker with Kean Miller. “The employer community is really chomping at the bit for major change!” adds Brooke Duncan III, partner with Adam and Reese. “I have never encountered a federal administration that was so hostile towards the workplace, to those who manage the workplace, as I have in the last eight years,” continues Duncan.

In addition to a new president, various vacancies will soon be filled that will directly affect workforce law regulations — including new appointees from the National Labor Relations Board (NLRB), a new Supreme Court judge and numerous federal judgeships —  the hope is that the new government will take a different view.

“President Trump’s stated hostility toward overregulation of business provides the greatest hope to local businesses who have been struggling to keep up with the flood of new regulations and new regulatory interpretations,” says Ed Harold, regional managing partner with Fisher & Phillips.

Duncan concurs, “I expect a rollback of eight years of rather aggressively anti-employer agency actions by the Obama administration.”

The collective anger strems from a plethora of controversial agency directives that have been handed down primarily from the National Labor Board and the National Labor Relations Board. These orders include the call for elections to be held among unions, and directions on employee rights in using email and social media and the use of profanity against supervisors. And those topics, suggest Duncan, are just some examples of the tough regulations. “Managers have been tearing their hair out trying to understand how to run their workplaces in a way that doesn’t run afoul with these agencies.”

Harold says that in some cases federal agencies have also been misinterpreting the laws, for example, the EEOC’s (Equal Employment Opportunity Commission) decision that Title VII prohibits discrimination on account of sexual orientation in spite of what he says are 50 years of case authority to the contrary. “And that is just one such situation,” he adds. “Whether or not this is good policy is for Congress, not the agency, to decide.”

President Trump’s choices are expected to have a stronger pro-employer influence, but that doesn’t mean that employees will not see positive change.

President Trump stated during his campaign that raising the federal minimum wage to “at least $10”, a 2.75-percent increase, is a reasonable move. Also proposed is six weeks of guaranteed paid maternity leave, plus a plan to lower child-care costs for working mothers, both of which Trump recommended during his campaign. According to a campaign fact sheet, the second item, lowering child-care costs for working parents, calls to “rewrite the tax code to allow working parents to deduct  child-care expenses from their income taxes for up to four children and elderly dependents.”

The white-collar overtime exemption rule, which qualifies salaried employees earning less than $913 a week for overtime pay when they exceed 40 hours a week, is also up for debate. Despite an appeal to the Fifth Circuit Court, any ruling could be overturned by one of President Trump’s new appointees. “Trump’s appointee to the Department of Labor, Andrew Puzder, is a conservative businessman who has never been in politics and who is an avowed critic of what he terms over-regulation of business by government,” explains Walter Christy, director of Coats Rose. He is likely to take steps to reverse or suspend the overtime rules, as well as efforts to establish a federal minimum wage.”

Businesses also need to be prepared for bottom-line repercussions from the possible elimination of the landmark Affordable Care Act, also known as “Obamacare.”  Vice-President Mike Pence stated Trump would prioritize repealing the health care law right “out of the gate” and begin the process of replacing it with “free-market solutions.” Christy advises, “The rescission of the Affordable Care Act could also negatively impact some businesses, particularly small businesses, which have relied on the act to provide coverage.” 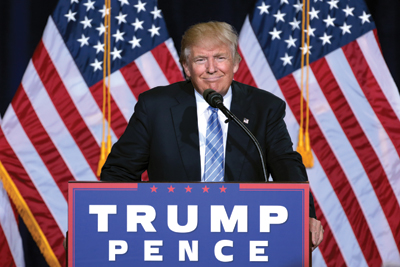 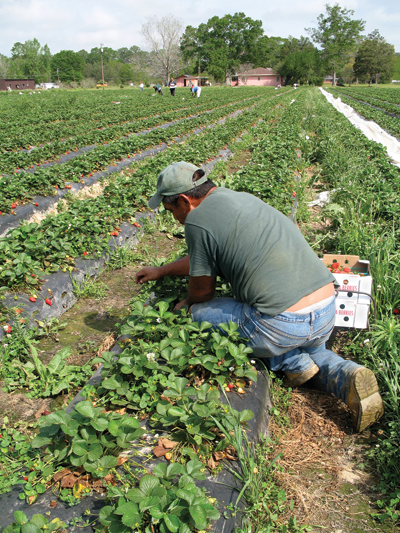 LEFT- President Trump stated during his campaign that raising the federal minimum wage to “at least $10,” a 2.75-percent increase, is a reasonable move. Also proposed is six weeks of guaranteed paid maternity leave. RIGHT- Under Trump, the government is expected to increase I-9 form
(employment eligibility) audits.  Photo Gage Skidmore and Thikstock

Perhaps one of the biggest, and most expected, policy-driven changes is one of immigration reform, which has been the linchpin of the president’s campaign platform. In fact, preparation by employers, their legal counsel, and immigrant workers have been long underway.

George Fowler, III, a Cuban-born immigrant and founding partner of Fowler Rodriguez, an international pro-immigration firm located in Louisiana, is quick to give his opinion before forecasting what he thinks is in store. “While we should protect our borders, I think the immigrants in this country have made this country what it is, and legal Latin Americans who came to New Orleans have contributed greatly to the rebuilding of the city.”

As for his clients — many of whom are companies that frequently employ immigrants — “They are going to have to be careful on how they select their employees, and be sure they have their papers; otherwise there could be repercussions,” he says.

Solid advice since, under Trump, the government is expected to increase I-9 form (employment eligibility) audits. Additionally, Trump vowed to mandate the E-Verify program, for all U.S. workers, if he was elected president. (E-Verify is an Internet-based system that compares information from an employee’s I-9 form with other government records like the Social Security Administration archives). Fowler also offers this guidance to immigrants working for these businesses: “I would encourage any immigrant worried about his status to fix his or her immigration papers and get the advice of counsel.”

Also on the alteration block are temporary visa programs like the H1-Bs, which allows employers to hire highly skilled foreign workers. Whether or not the number of visas will be slashed to encourage American hires remains to be seen, and while Fowler believes the opposite will happen, he does add a caveat. “I think he (Trump) is going to expand temporary visas for foreign workers and make it easier for a person who wants to come in during a particular season to work; and there are going to be a lot more restrictions on what they can do, and then they will have to leave and go back to their country.”

But what will actually happen with immigration reform remains to be seen. “We don’t know what Trump is going to do; he says some strange things: The notion of taking 12 million people out is impossible to do,” Fowler continues. “It doesn’t make sense, and I don’t think he is going to separate families. They’re scared to death and petrified of being separated from their families, children and parents.”

Whitaker believes it is imperative for attorneys and employees alike to stay on top of all the pending changes to workforce law. “I think the best advice in preparing for any of these possible changes is to keep careful track of developments on these issues and to begin game planning as to how your business will implement them,” he advises.

Due in part to appointed terms under the previous administration that have yet to expire (including crucial posts like the NLRB’s general counsel, which will expire in another year), no one is expecting changes to occur quickly. “My words of advice are patience and vigilance,” says Whitaker. “Also, keep in mind that the federal government is a behemoth, and it will take time to reverse the course from what we have seen during the last eight years… from a government agency perspective.”

Common sense, fairness and balance is Christy’s message. “While there is a need for some relief for businesses, with regard to federal regulation and oversight, it is hoped that the Trump administration does not go so far in its changes as to unreasonably curtail employee rights and benefits. There has to be a balancing act there, and Trump will be the key to maintaining the balance.”