As The Joy Theater Reveals its Renovations, the Co-owners of the Site Celebrate the 10th Anniversary of Their Company

But aside from those obvious perks, party patrons received a sneak peek of the newly renovated theater, illuminated by blue lights. A behind-the-scenes tour even included a glimpse of the venue’s clandestine green room, where artists gather before taking the stage. 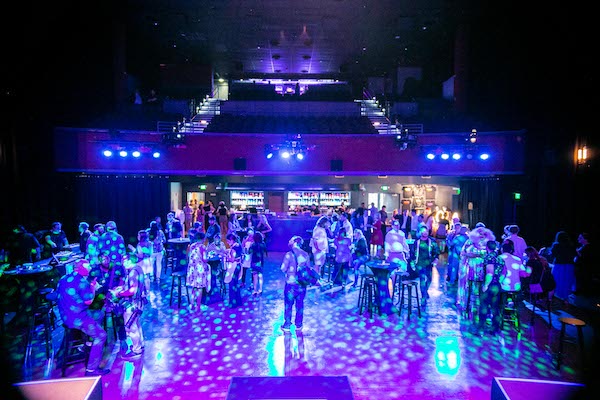 “The Joy Theater has great bones and the best sound and sight lines in the city,” said Reeves Price in a statement. Price is the vice president of operations and cofounder of Winter Circle Productions.

“Through our partnership with AEG, our plans to revive and update the aesthetic and production capabilities have finally come to fruition,” he added. “These renovations will make the Joy a must-visit venue; the most proper place of its size to see a show or host an event in the South.”

According to a press release, when The Joy Theater first opened in 1947, it was viewed as a “modern” movie house, thanks to its iconic neon marquee and original art deco architecture; and, “its conception and construction coincided with the apex of the film industry and heralded the optimism and economic expansion of post-war America.” 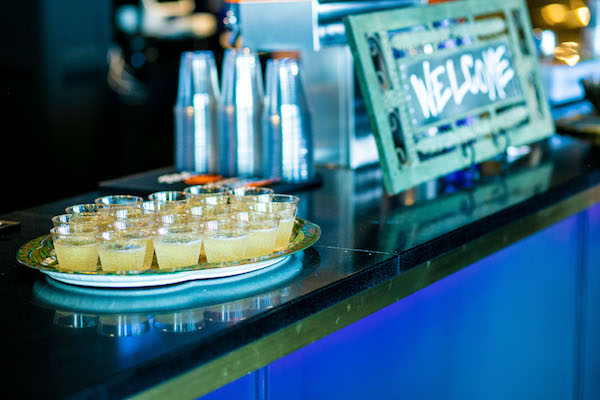 After closing in 2003, and then remaining closed after sustaining damage caused by Hurricane Katrina, the theater reopened in 2011. In 2014, The Joy Theater partnered with WCP, and in August of 2017 – two years after WCP was acquired by AEG Presents – AEG signed a lease to operate The Joy.

The acquisition added The Joy to AEG’s portfolio of over 60 theaters and clubs across the country. AEG also produces the New Orleans Jazz & Heritage Festival, and with WCP, the BUKU Music + Art Project, among other events.

Price and Dante DiPasquale launched Winter Circle Productions in April of 2009 as an independent promotion and production company. At the time, Price had recently graduated from Tulane University, and DiPasquale was still attending Tulane Law School.

“There was generally a slowing-down period of the live music that was coming through town, especially in the dance genre, which was what Reeves and I were listening to at the time,” said DiPasquale, noting that neither him nor Price had experience “promoting shows.” 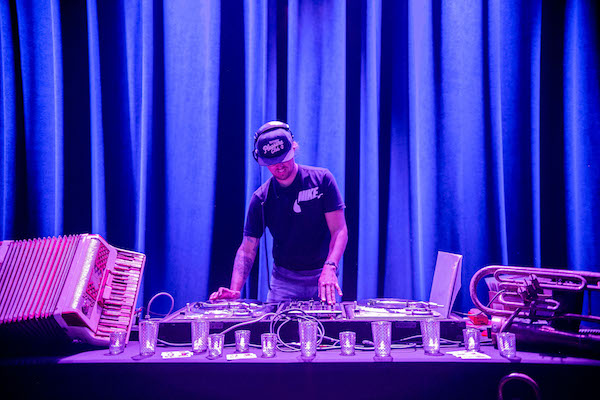 “We just wanted to bring some music that we like to the city,” he said. “It’s been a long road, but in a lot of ways, we feel like we're just getting started.”

The WCP founders, who are both from up north, were inspired by New Orleans music and culture, and the city’s thriving entrepreneurial scene. While building their company, they received support from local music venues, like Howlin’ Wolf, Republic, Tipitina’s, Dragon’s Den and Maison.

“Those were basically the five venues where we cut out teeth, and we owe a lot of gratitude to them,” said DiPasquale. “They welcomed us with open arms. Looking back, I’m amazed that they did because we really didn't have any experience. Maybe they could see our passion, our hunger and our interest in doing it right.”

WCP’s acquisition by AEG Presents has allowed them to operate with more financial stability and produce concerts at larger venues. They’ve been able to sign a long-term lease at The Joy Theater, grow BUKU from 14,000 per day to 20,000 guests per day, and increase their full-time staff to 10 employees. 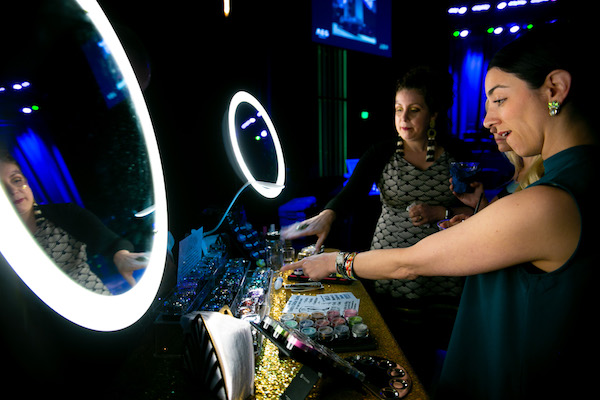 WCP, which is based in the Lower Garden District, produces more than 150 shows a year in New Orleans, and throughout the Gulf Coast region. They’ve created dozens of jobs in the process.

According to a BUKU 2018 economic impact assessment prepared by TMG Consulting, BUKU injected more than $19.4 million into the local economy. The estimated tax revenue impact for New Orleans and Louisiana combined amounted to more than $1.4 million.

“We always have new projects up our sleeves, but right now our focus is The Joy,” said Pasquale. “We're giving it an extra hug and a kiss to vibe it out a little bit, and make it more welcoming for both private event clients and ticketed shows. With the rest of the revitalization that you see happening on North Canal Street, we'll be able to start calling The Joy our home base for a long time.”