Anila Keswani smiles as she models one of her favorite saris. A vision of elegance in her Indian native dress that is fashioned with six yards of continuous fabric, she has a treasure trove of saris neatly folded and kept in muslin bags in her Metairie home.

“I never miss an opportunity to wear a sari for a dressy occasion,” she says. “I treasure each one. Most of them are silk, with a few that are chiffon or georgette, often with golden weaves or embroidery in the fabric and for the borders.

“Saris have always been an important part of my life from growing up in Bombay where my father owned the West End Hotel,” she continues. “He was the pre-eminent hotelier of his day, and throughout my childhood, we often resided in the hotel. I was like the famous story about Eloise, the little girl who lived at the Plaza Hotel in New York City; I had many adventures with the staff and guests who worked and stayed in our hotel.”

The oldest of 11 children (four girls and seven boys), Anila says society did not expect her to do much beyond marry well and raise a family. “My father was a progressive man who believed that his daughters should be well educated,” she says proudly. “So off to the university I went to obtain my degree in economics and accounting.”

Like most young girls in India, Anila had an arranged marriage. “I never had any regrets about having an arranged marriage since Har, the husband my parents selected for me, was good looking, highly educated, from a good family and he had a lot of ambition,” she smiles and says. “He also had the spirit of adventure and had plans to study naval architecture at the University of Michigan in Ann Arbor.” 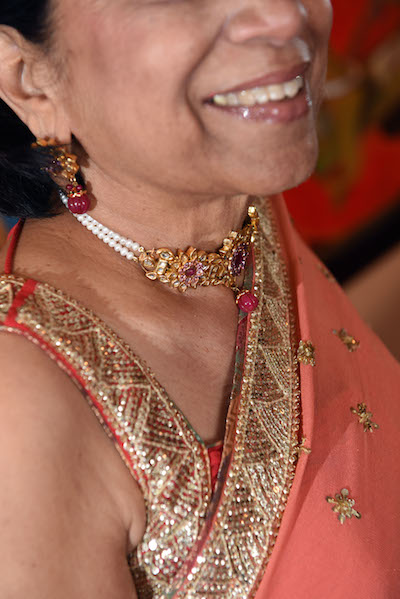 The couple ended up in New Orleans in 1969 after three cold winters in Ann Arbor. “Har accepted a job offer from Avondale and we both immediately fell in love with the city. Our two sons – Anjay and Sundeep – grew up here. When they were old enough to go to school, I enrolled in the University of New Orleans and received my certified public accounting (CPA) certification. “I used to wear a sari to work in my early career with a local CPA firm, and although I would turn heads every morning when I arrived at work, everybody was encouraging and accepting,”

How did a certified public accountant and a naval architect open an Indian restaurant in New Orleans in 1982?

“It all happened after we visited Europe and realized how popular Indian restaurants had become,” she says. “We found 16 Indian restaurants in Paris, five in Zurich, and two in Venice, while London had so many we just stopped counting after we found a dozen. Har was a great cook and he was very excited about having an Indian restaurant here. We simply came back to town and opened the Taj Mahal on Causeway Boulevard the same year.”

Sadly, Har passed away in 1997. “When my husband died, Anjay took over the restaurant that is now located on Metairie Road and brought it to a new level, and then two years later we opened Nirvana on Magazine Street. Sundeep is a pediatric surgeon in Houston, where Vishali, his wife is also a medical doctor, and they have three beautiful daughters.” 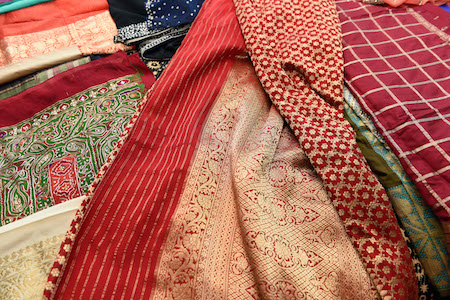 Today, Anila is the wedding planner for weddings under the website heading www.Niranaweddings.com. “I love being challenged by brides who have such a clear vision of what they want on one of the most special days of their lives to be like,” she says. “I love making their dreams come true, and often I wear one of my best saris from my collection of over 100 to their wedding. You never outgrow a sari and the fabrics and colors are timeless.” Then she pauses for a moment and adds, “I still love being at the Taj Mahal every night. It’s like my private dining room. I get so much pleasure from greeting old and new guests who come to dine with us, and even if I don’t wear a sari every night, I do wear elegant silk tunics each evening to honor my Indian heritage.”