'Angels’ Place' Helps Sick Children and Their Families Through a Series of Spring Fundraisers, Including One on Friday

NEW ORLEANS – During a recent Biz New Orleans networking event at Ralph’s on the Park, Mark Firmin joked that he can make a room full of people laugh, or bring them to tears. Firmin, a stand-up comedian by night, nearly managed to do both when he talked about his all-consuming role as the executive director of Angels’ Place – an organization that provides respite care and support services to children with life-threatening diseases, and their families.

“I feel like this is a calling, and I'm doing this for all these kids. I did not realize how much they relied on (Angels’ Place),” he said, acknowledging that his four years of working for the organization has taken a toll on his physical health. “I'm still doing it. I try to give these families some worry-free time, a chance to let the kid be a kid, and – I've been snapped at for using this word – but give them some normalcy.”

On Friday, from 5 p.m. to 7 p.m., the organization will host the Kendra Scott Gives Back Party and raffle at Kendra Scott’s Lakeside Shopping Center location (3301 Veterans Memorial Blvd., Suite 23). Guests can enjoy drinks and small bites while perusing Kendra Scott’s popular jewelry collections. Twenty-percent of the proceeds will benefit Angels’ Place. Firmin said this is one of many fundraising events scheduled for spring.

So he took a workshop about managing a budget and solicited advice from Rummel colleagues and alumni, including his former student who runs a restaurant.

“I had to sit down with him to learn how to do reports, evaluations, and things like that,” he recalled, adding that he was introduced to QuickBooks Online through tech-savvy friends at Loyola University, where he teaches part-time.

“I learned through the help of others, and I'm still learning,” said Firmin.

Angels’ Place, which is based in Metairie, consists of three staff employees – Firmin, an office manager, and a program director – along with a board of directors and an advisory council.

The organization partners with Children’s Hospital New Orleans, Ochsner Health System, and Tulane Lakeside Hospital. Their trained volunteers visit with the patients, give the caregivers a little break, and take “progress notes” on each sick child.

“We just kind of see how everything is going, and see if there's anything we can do to help,” said Firmin. 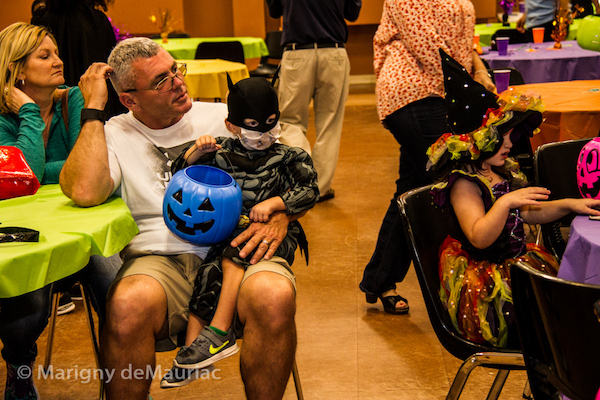 Angels’ Place also hosts events for families, such as Halloween and Christmas parties, and Thanksgiving feasts; and offers them tickets to New Orleans Pelicans basketball games, festivals, and other fun happenings around the city.

“If they can get a babysitter, they have a chance to go out and enjoy themselves,” said Firmin.

The organization provides Walmart gift cards to cover unexpected expenses; Visa cards for hospital co-payments; and gas gift cards, especially when it’s a family arriving from a city outside of New Orleans.

Angels’ Place is able to carry out its philanthropic mission through a combination of fundraisers, grants, and donations.

Their upcoming fundraisers include the Kendra Scott party on Friday; dinner at Andy’s Bistro on Monday, Feb. 25; the Old Metairie Irish Festival on Friday, March 15, at Gennaro’s Bar; and a Spring Fling on Saturday, April 13. Proceeds from those events will benefit Angels’ Place. (The organization also accepts donations.)

“My job is to get the word out and get people aware of what we're doing,” Firmin said. 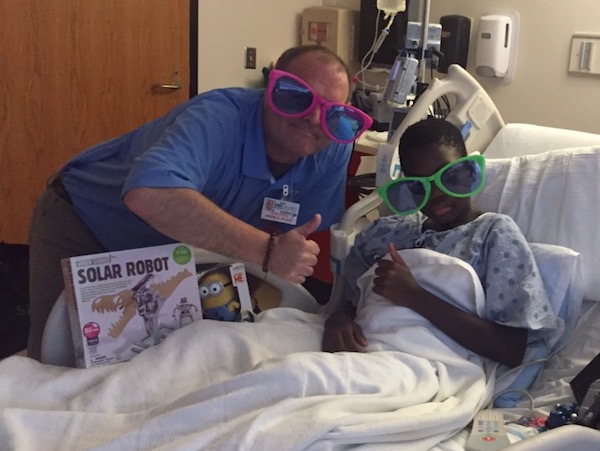 But to ease the emotional tension he experiences on a daily basis, Firmin turns to comedy.

Firmin describes himself as a “very sarcastic” Italian who talks with his hands. Several years ago he took a comedy class, joined a local comedy group, and began performing gigs at the Castle Theatre in Kenner and at events held by the Kiwanis Club of New Orleans, since he’s the president of that organization.

Firmin hasn’t taken the stage “in a while,” but he still enjoys sharing a few jokes with friends during casual get togethers – and new acquaintances at networking events. Comedy also comes in handy during fundraisers for Angels’ Place.

“It’s something I use to my advantage,” said Firmin. “We had a comedy fundraiser at a little bar, and we took in tips, and all the tips went to Angels' Place. I’ll keep using it for fundraising. It's a nice skill to have.”