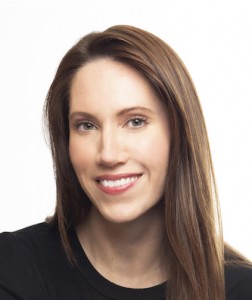 Founded with executive editor Bev Church, St. Charles Avenue has been a leader in covering area nonprofits and philanthropic events for 25 years.

Myer has more than 15 years of communications experience, and has worked with a range of clients in the areas of lifestyle, food, travel, tourism, education, public affairs and technology. She began her career as an editor for Metropolitan Home Magazine and has contributed to several other publications, including Atlanta Magazine and The Atlantan. Additionally, she acted as communications director for the National WWII Museum in New Orleans, where she developed public relations strategies, led media relations efforts and served as spokesperson. Most recently, she has been acting as a private consultant for a variety of local and national brands and startups, as well as working as a stylist and freelance writer for multiple Renaissance Publishing publications since 2018.

Myer was born and raised in Uptown New Orleans where she now enjoys raising her second grade daughter and exploring the city.