And Her Glamorous Off-The-Shoulder Dresses And Tops

“Is there anything more feminine than an elegant off-the-shoulder outfit?” she asks. She feels her question needs an affirmative answer so she quickly adds: “I think well formed shoulders and collar bones are pretty so I like the style in general that shows off these attributes.” She also likes having the chance to wear the beautiful necklaces and other jewelry her husband David has given her. “It makes me feel beautiful when I wear off-the-shoulder gowns or cocktail dresses with gorgeous jewelry.”

Fortunately, Andrea and David, owners of a pristine historic Garden District mansion, have many occasions to participate in elegant affairs in New Orleans. From grand Carnival balls to fundraisers for the many culture groups they support, the couple always turns heads at social functions.. “I feel like I am channeling some of the great beauties of my ancestors when I step out with David for a lovely evening,” she says.

While black-off-the shoulder dresses and tops are definitely a part of Andrea’s wardrobe, she wore a short white, off-the-shoulders dress when their home was the scene for the afternoon “Juleps in June” annual fundraiser for the Pirate’s Alley Faulkner Society. “I actually have an interesting selection of regular off-the-shoulder daytime wear,” she says.

A busy career woman who develops and manages historic properties in New Orleans, Andrea has focused mainly on the Garden and Lower Garden District in purchasing and restoring historically significant properties.

“Since 2010, I have acquired several properties and brought them back from various states of neglect to the beautiful homes they once were,” she says. Her company, Cygnette, also has restored property Uptown and in the Audubon areas. “When we complete each project, I lease it.” From grand furnished historic mansions in the Garden District to unfurnished cottages Uptown, Andrea’s mission has been to acquire important properties that are in peril restore them and allow people the opportunity to experience New Orleans living at its best.

A ninth generation New Orleanian, Andrea is well known in preservation circles. She received the “Preservationist of the Year” award for Louisiana for 2013, and the “Garden District Association Renovator of the Year” designation for 2013 and 2016. Before restoring their current Garden District mansion, she did a meticulous renovation of the couple’s prior stately mansion on Sixth Street just blocks away. Both homes were enormous preservation projects. 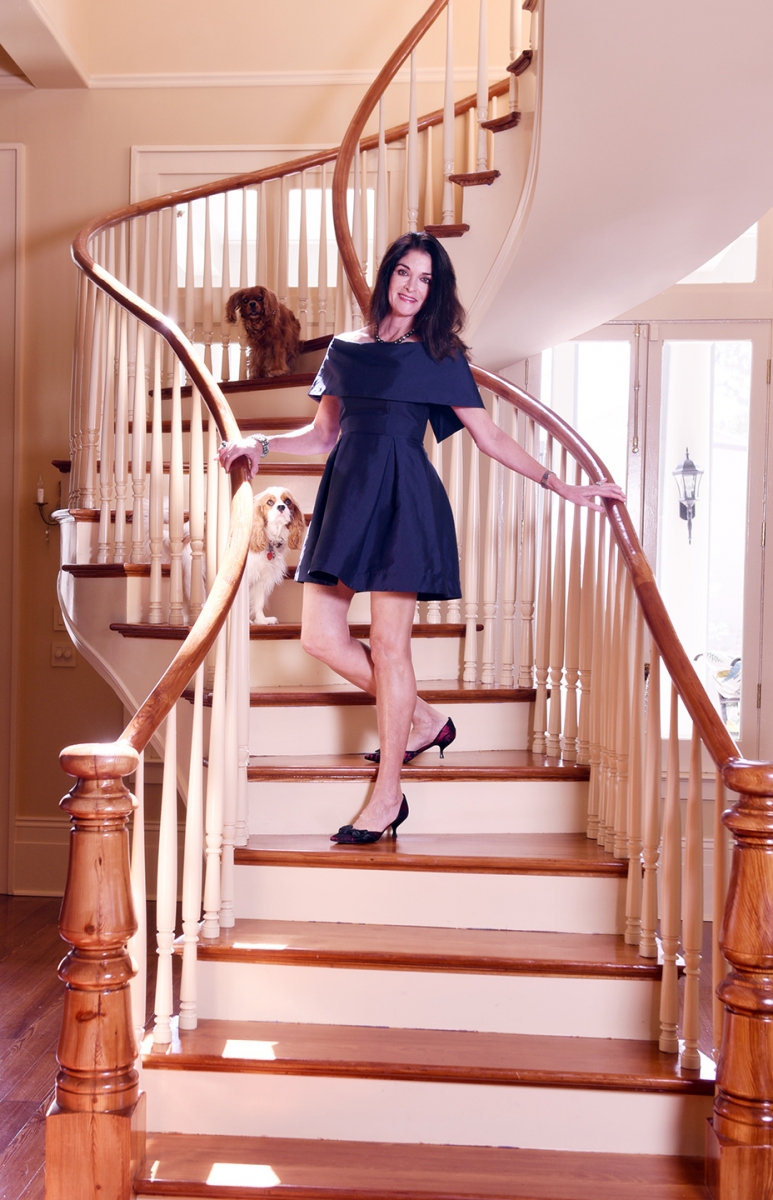 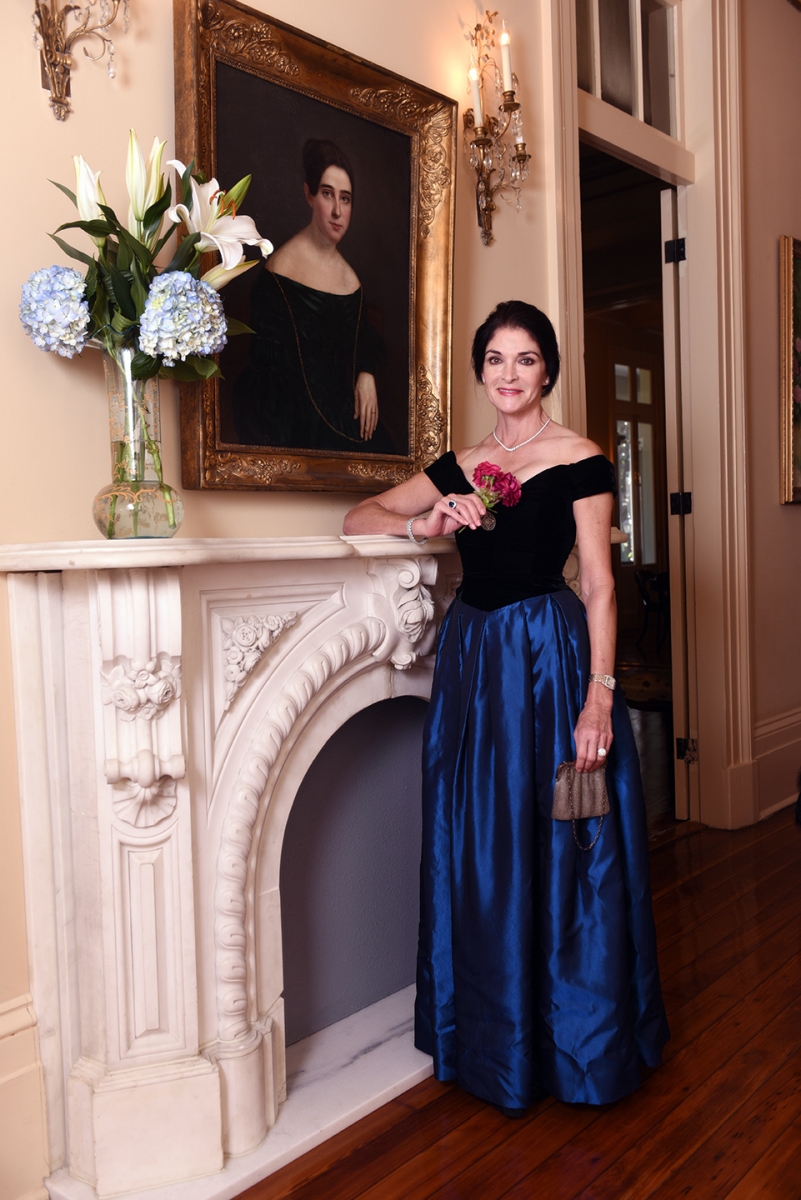 Andrea spent 25 years working for major companies such as Tidewater, International Shipholding Company, Transoceanic Shipping Company and GNO. Armed with an MBA from Louisiana State University, she held the prestigious title of vice president or senior vice president of three of the above companies before starting her own company.

“The past six years owning my own company has been most rewarding,” she says. “For example, when I purchased an historic mansion on Josephine Street in the Lower Garden District that was leaning, missing many of its original architectural elements and uninhabitable and brought it back to its original glory, I was proud to turn it into a shining example proving that any historical property can be restored with the right expertise and resources.”

You won’t find Andrea wearing off-the-shoulder dresses or tops when she is on a construction sight. “My daytime work style is a simple sleeveless A-line dress with a straw hat in the summer and jeans with a cotton blouse in the winter,” she says. Then she adds with a smile: “I am always happy to go home and change into a glamorous off-the-shoulder black evening dress for a Carnival ball or a sassy short black dress of pants and a top of the same style to go to a worthy fundraiser. I am happy New Orleans women dress up as part of their heritage, culture and charm.”