The Jefferson Chamber’s Director of Investor Relations & Special Events, Alex Zarookian, has been named to the Association of Chamber of Commerce Executives (ACCE)’s 40 Under 40 list for 2020! ACCE is dedicated to recognizing and supporting the most talented professionals in the chamber industry. The annual 40 under 40 program showcases the industry’s top emerging leaders who have demonstrated success in their careers and made significant contributions to the communities they serve.

“Alex’s talent for event planning, management and execution is beyond her years,” said Jefferson Chamber President Todd Murphy. “All of our signature events have been elevated to new levels, structurally and monetarily. And with a high investor program accounting for nearly 40 percent of our revenue, her acumen for developing and maintaining relationships with our larger investors is simply incredible,” continued Murphy. 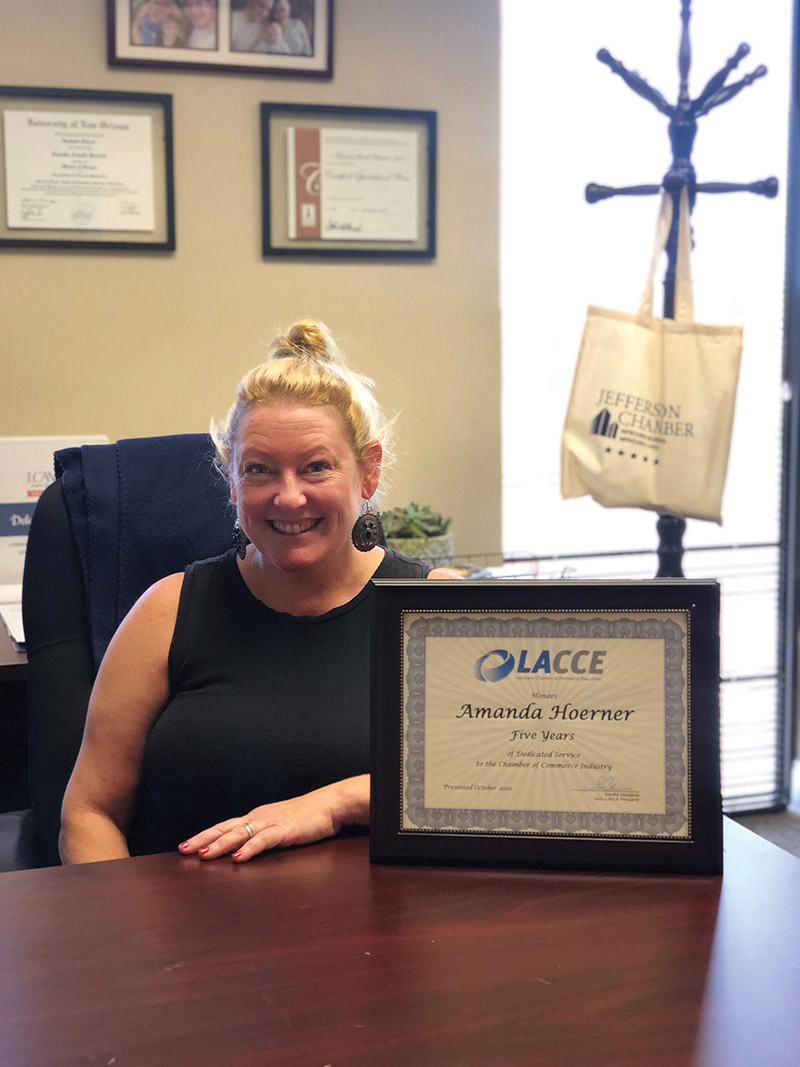 The Jefferson Chamber’s Director of Membership, Amanda Hoerner, received the 5 years of service to the Chamber of Commerce Industry award from the Louisiana Association of Chamber of Commerce Executives (LACCE)! Since Amanda joined the Jefferson Chamber team in 2015, she has significantly increased membership and retention rates, represented the Chamber as President of Executive Women International for two terms, remains active in BNI Louisiana and East Jefferson Business Association (EJBA), and is the staff liaison to the Ambassadors.

“Having Amanda on the Jefferson Chamber team has meant five years of passionate representation of the Chamber and our community,” said Todd Murphy.