A Tribute To A Man Of Style

The tributes to Allen Toussaint’s great music have filled the airways and print media ever since he passed away after a concert in Spain a few weeks ago. Many have shown him dressed in flamboyant clothes fit for a Las Vegas stage, or a New Orleans festival or music club. Yet Allen was much more than a flashy dresser; he was a fashion conscious gentleman who took great care to always look his best.

I was scheduled to write about Allen for a Biz Style blog when the sad news came that we had lost a true New Orleans icon. It seems only fitting to write a tribute to this soft-spoken, much-loved treasure since among his many attributes, he was truly a man of style.

“The last time Allen appeared on ‘Steppin’ Out,’ he told me his favorite place to shop for clothes was Rubensteins,” says Peggy Scott Laborde, host of the popular WYES-TV Friday night show. “Then he quickly added: I like to keep my business in New Orleans.” Allen did admit to shopping at Barney’s when he evacuated to New York after Hurricane Katrina.”

Peggy summed up her impressions of his style with these words: “Allen had an amazing presence. He was always impeccably dressed, and such a gentleman. I looked forward to seeing the way he matched his ties and handkerchiefs. Sometimes bold in color yet always elegant. He had an aura about him, a true charisma that you noticed immediately, even apart from being a New Orleans music legend.” 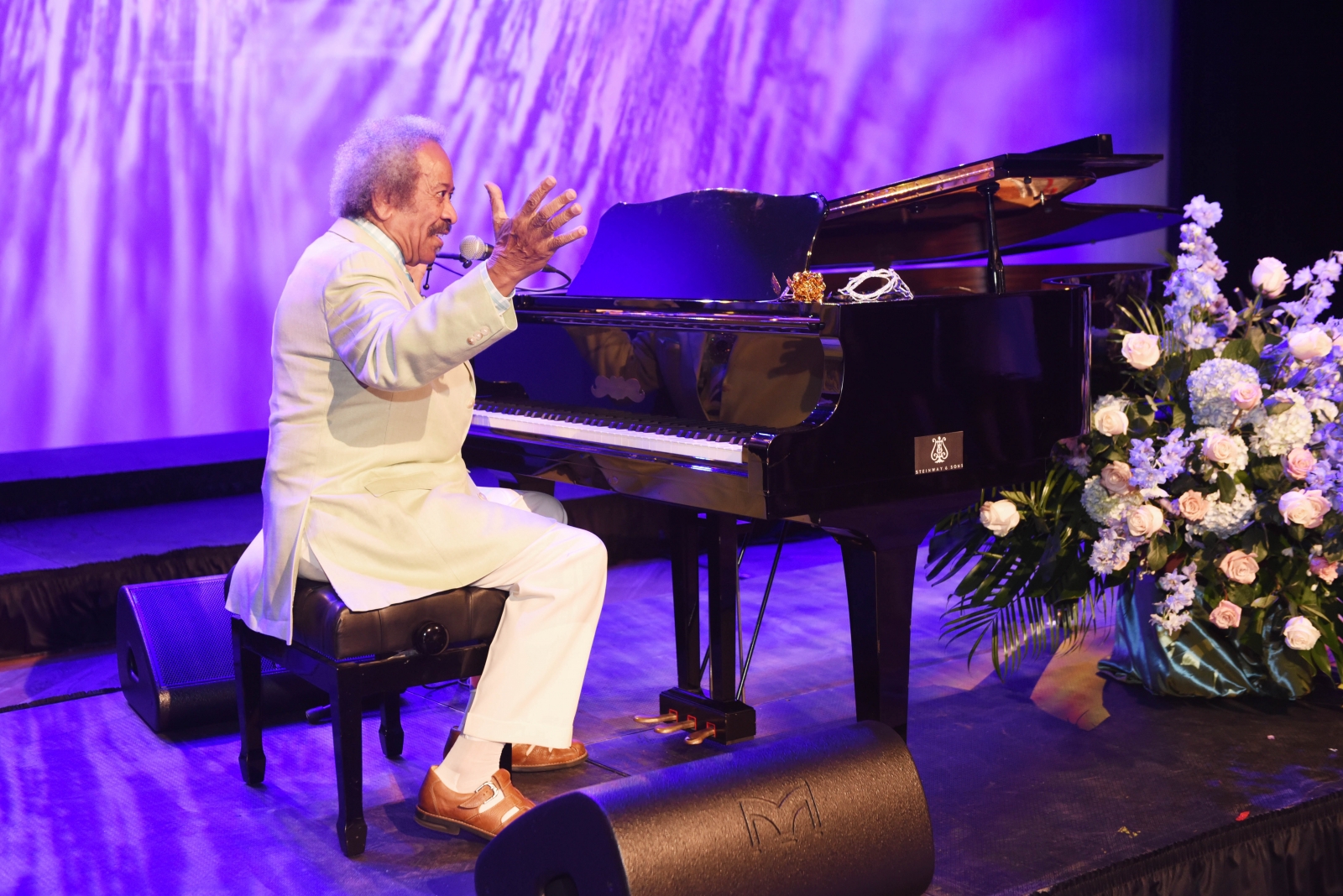 Cheryl Gerber, who chronicled Toussaint’s life for the last quarter of a century and supplied the photographs for this article, says she always knew Allen would look like a classic man of fashion or a colorful New Orleans music star when she was headed for a photo assignment to document his latest appearance. Her photographs attest to the fact that Allen was just as likely to step out in a handsome white linen suite for a grand piano concert, or be dressed in a flashy, multi-colored sport coat or suite if his mood and the venue allowed him to be more playful with his style. 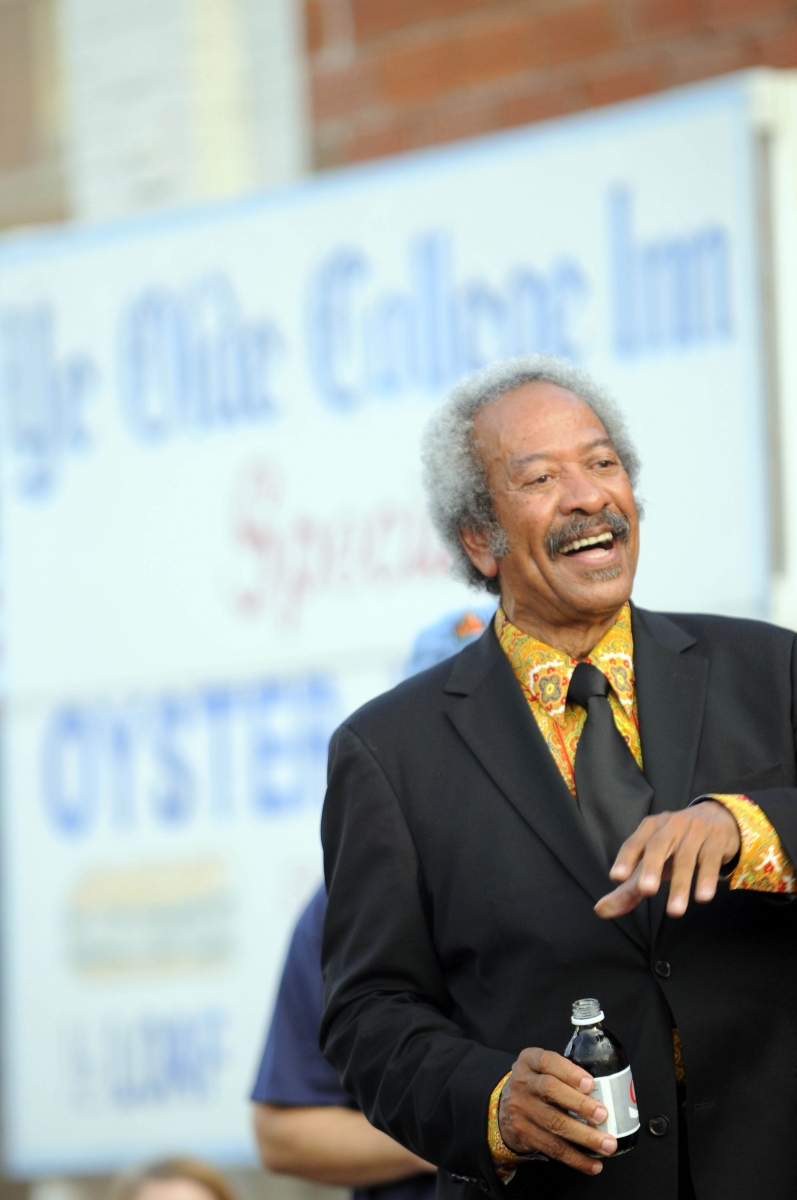 Kenny Rubenstein, son of Andre and a 25-year employee of his family’s owned classic store at Canal and St. Charles streets, had high praise for Allen’s style. “He had a true fashion sense and he knew exactly what he wanted,” he says. “His favorite sales associate was Ozzie Hunter, at graduate of St. Augustine High School and one of Allen’s personal friends, but we all enjoyed interacting and visiting with him. He always had time to speak to each one of us and we loved to see him walk into the store.”

“Allen loved color and he knew right away what he wanted. His look was modern and right on target. He loved Brioni Italian suits and budget was not a problem when he shopped. One of my favorite memories is of him coming into the shop and discovering our lapel flowers. He purchased one to wear to the White House to meet President Barack Obama, and when he returned to the store after his visit, he purchased one of each of our entire collection of lapel flowers.”

Most of Allen’s family and friends knew that he loved to dine at fine restaurants. Brennan’s Restaurant on Royal Street was one of his favorites and he would often show up for lunch dressed like he just stepped out of a fashion layout in Esquire Magazine. Yet even when he was outfitted in a $1,000-plus dollar suit, fit for the man who owned two Rolls Royce luxury autos, he loved to wear leather sandals and socks. 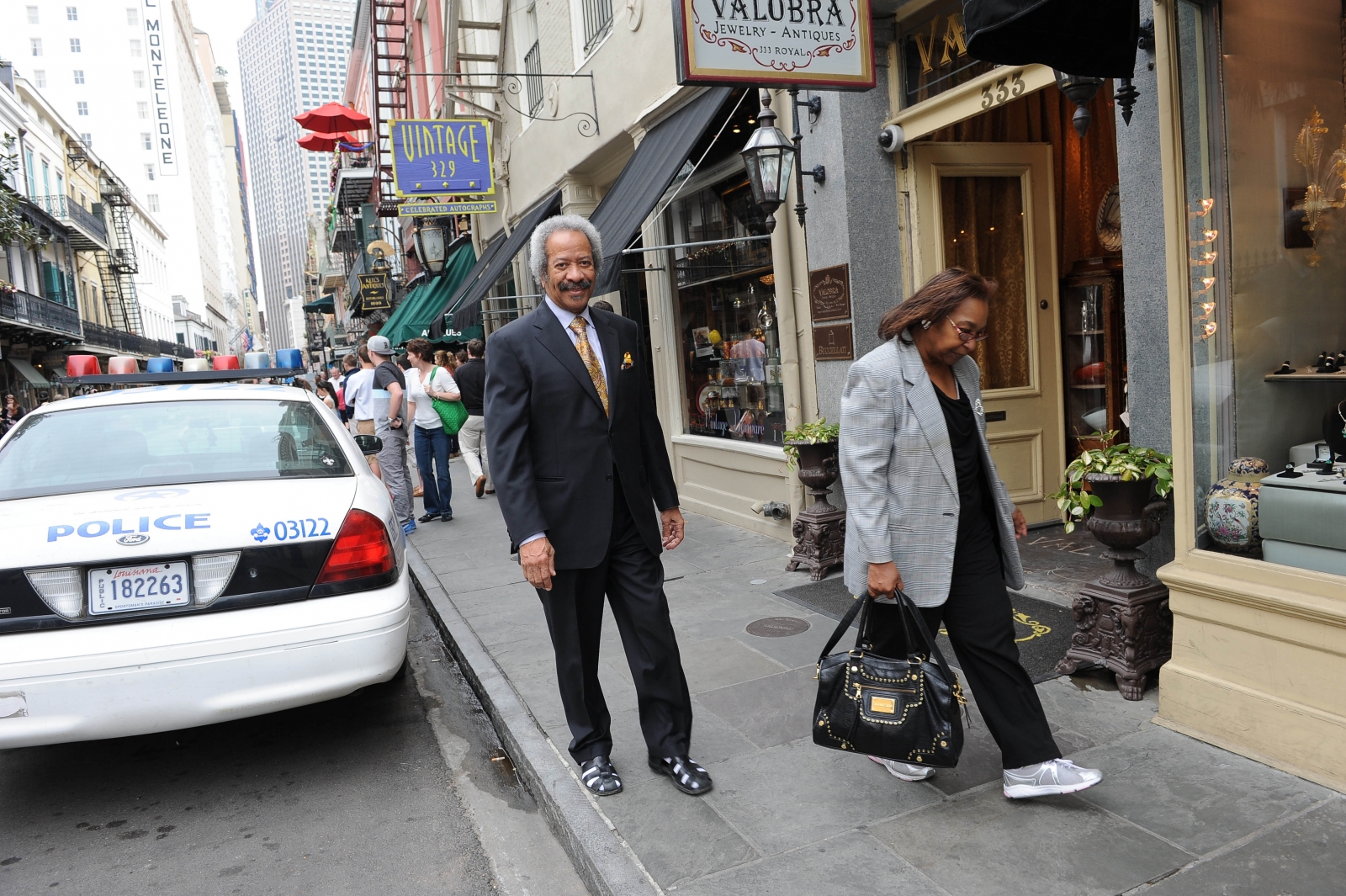 Accessories mattered to Allen, and he was seldom seen without a pocket handkerchief to match his tie. He had no problem wearing bright colored dress shirts, and he often displayed his unique fashion sense by wearing an interesting print shirt with a suit and a tie.

New Orleans won’t be quite the same without Allen Toussaint, a man of style who was loved by all.

Photo 2: Allen Toussaint wears a white tailored suite to perform at the recent opening of the Orpheum Theatre. As usual, he was also wearing his signature leather sandals and socks. A stylish dresser Allen’s wardrobe featured everything from fine Italian Brioni suits from Rubensteins at Canal and St. Charles streets to flashy sport coats and suites fit for a Las Vegas stage.

Photo 3: Much-loved by the media, Allen showed up wearing a dark suit and tie with a bold print shirt to lend his support to the impromptu event staged when 200 employees of the Times-Picayune newspaper lost their jobs.

Photo 4: Looking very much the man of fashion he was, Allen walks down Royal Street wearing a dark suit, colorful tie, a handkerchief in his pocket, and showing off his usual leather sandals with socks.