With 30 games left, Pelicans positioning for the postseason 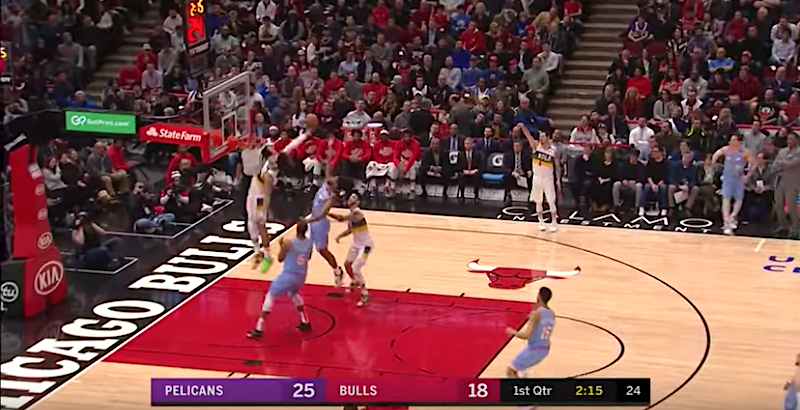 WOW! The New Orleans Pelicans dominated the Chicago Bulls last night, but before we get into the nitty-gritty of the game, let’s talk about the highlight of the night. If you haven’t seen Jaxson Hayes’ incredible single-motion rebound and dunk, take a second to watch it.

Amazing. From Hayes mouthing “Oh my God” after coming back to earth to the look of astonishment on J.J. Redick’s face, I could watch it on repeat all day and not lose a bit of excitement over it.

“Man, when he jumped, I was like, ‘what is he jumping for?’” rising superstar Zion Williamson said after the game. “But he caught it so I was like, I didn’t know how to react to be honest. If you look at the replay, I probably sat there for a second, like no way, he caught that.”

It’s plays like that one that have me excited for what’s to come with this team. But one play doesn’t make a game, much less a season. But it does help to send a message. Much like LSU’s national champion football team, the Pelicans are coming.

I’ll admit the Bulls are not the feared franchise they once were, but for a young team that had to wait to nearly the middle of the season to get all its key players on the court this was a huge win. While the point differential was just six points, 125-119, the final score was in no way indicative of the way the game was played. The Pels led 119-96 with 3:54 remaining in the game before the Bulls closed out the fourth quarter with a 23-4 split.

While the Bull’s failed comeback is mildly concerning, New Orleans was too good to give up the win. The Pels hit a season-high 56.3 percent of their shots and had a combined 38 assists.

In just his eighth NBA game, Zion Williamson is emerging as the superstar he has been projected to be. He had a team-leading 21 points on just 11 shots – all made within three feet of the basket. But with this team, Zion doesn’t have to do it alone.

Derrick Favors played just 19 minutes, yet scored 8 points and pulled in 15 rebounds. He became the first player in team history to record 15 rebounds in less than 20 minutes.

Nicolo Melli came off the bench to hit 5 of 8 attempts, scoring 12 points.

If there was any concern – other than the Bulls late run – it was that Ingram left the game after twisting his right ankle in the second quarter. He had some swelling, and the team kept him out of the rest of the game. The good news is that Ingram wanted to be put back in, so the injury may not be too severe and he was removed out of an abundance of caution.

With the win, New Orleans moved to within 5.5 games of the coveted eighth and final seed in the Western Conference playoff race. They’ve won four of their last six, and appear to be moving in the right direction.

What’s more, the Pelicans are saying as much without speaking at all. By not moving guards Jrue Holliday and Redick before yesterday’s trade deadline, they’ve announced they want to compete this season rather than build for tomorrow.

With 30 regular season games remaining, there is plenty of opportunity for the Pelicans to not only make this a winning season, but to also qualify for the postseason, too.

Considering where this team was a year ago, that would be a mighty turnaround.

With Carnival getting into full swing New Orleanians might be a little distracted, but they need to keep an eye on this team.

The Pelicans tip off against the Pacers in Indianapolis on Saturday at 6:30 p.m. It will be televised on FOX Sports New Orleans and broadcast on radio on ESPN 100.3 FM. 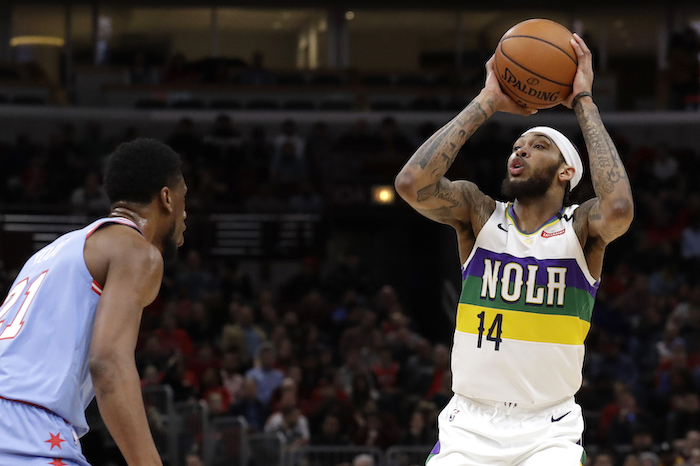