South Louisiana-meets-Bolivia company, Beyond the Equator, is cashing in on a rapidly growing health food trend with a national award-winning peanut butter alternative.

Created in 2014 as a retail offshoot of the local wholesale company Supreme Specialty Foods, Beyond the Equator has tapped into a growing market of health-conscious eaters, including those with food allergies and sensitivities, along with those always in search of the next delicious trend.

The company’s latest invention, 5 Seed Butter, was just selected in June from more than 3,000 entries across 39 specialty food categories for the national Specialty Food Association’s Best New Product (Nuts and Seed Butter category) award. Sales for the butter have increased each month, enough so that Beyond the Equator is now aiming to expand its retail line off the product’s popularity.

The journey of Beyond the Equator began with a meeting of the business minds between Tulane graduate Kevin Bratcher and Baton Rouge farmer Carl Newton.

“I graduated with my MBA from Tulane in 2014 and met Carl Newton [through his brother-in-law, a fellow Tulane MBA alumni.] Newton happened to own some farms in Bolivia,” Bratcher said. “He had partnered in 2003 or 2004 with his brother-in-law, as an expansion of his sugar cane business. While trying to grow sugar cane and soybeans [in South America,] they learned about super foods that are grown in that area.” 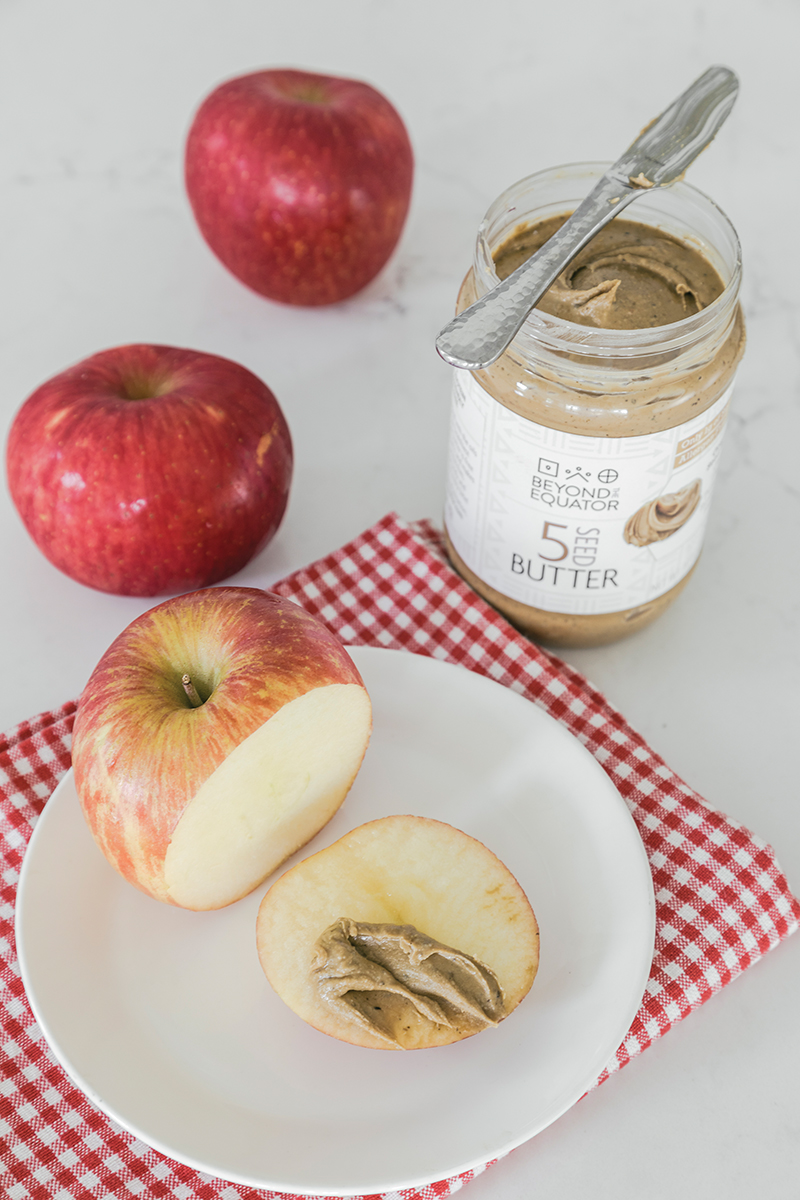 Beyond the Equator’s award-winning 5 Seed Butter is made from chia, sunflower, flax and pumpkin seeds, along with hemp hearts, a dash of cane syrup and salt.

As interest grew, Bratcher was often asked about Supreme’s superfood products and applications for the everyday consumer, which he says spurred the decision to create a retail outlet.

Along with LSU graduate Will Myers, Bratcher formed Beyond the Equator in 2017 — zoning in on products that would be desirable and healthful to consumers.

“We started with the chia oil, which was super niche,” he said. “It is used only in cold applications, such as salad dressings or in smoothies, but we wanted something that would be more mainstream so we got with our manufacturer and discussed what they could make [settling on the idea of chia butter.] I don’t know if you’ve had it, but chia butter does not taste very good, so we had the idea to incorporate some of the other seeds we had access to in order to make it more palatable.”

The result was 5 Seed Butter — made from chia, sunflower, flax and pumpkin seeds, along with hemp hearts, a dash of cane syrup and salt. The product is allergen-friendly, vegan and gluten-free. A 16-ounce jar sells for $11.99.

“We’ve had a great reception in Louisiana,” Bratcher said. “Our product launched in stores in December of 2017 and we have seen steady sales, with most stores selling a case or two each month.”

Working with the seeds that led to the crazy, quick-growing foliage on Chia Pets, the company knew a good deal of consumer education would be necessary for their product, which serves for many as an alternative to peanut butter.

“Chia seeds are high in protein, and also have omega-3 and-6 fatty acids,” said Bratcher, “which makes them a good way to get both protein and healthy fatty acids into a diet. We adjusted the seeds, and when we added the sunflower seeds, we had a product that tasted as good as it was healthy.”

While providing a healthy butter full of protein and nutrients was a plus, another upside to Beyond the Equator’s push for a peanut-free butter is the steady demand for allergen-free alternatives for people with sensitivities, especially among parents and kids.

According to the Centers for Disease Control (CDC), food allergies are “a growing food safety and public health concern that affect an estimated 4 to 6 percent of children in the United States. There is no cure for food allergies and reactions can be life threatening. Strict avoidance of the food allergen is the only way to prevent a reaction.”

The challenge, according to Bratcher, was to eliminate the worry and to create a product parents could feel comfortable serving to their kids.

“Our big selling point [with 5 Seed Butter] is that it is allergen friendly,” he said. “We wanted to make it as safe as possible.”

While Beyond the Equator’s brainpower and corporate offices remain local in New Orleans, manufacturing a truly allergen-free product — one that did not also have peanuts on site — proved to be challenging within Louisiana. The company settled instead on a 4,000-square-foot manufacturing and warehouse space in upstate New York.

Food Allergies On the Rise In Youth

Among Americans under the age of 18:

9,500 hospital discharges per year from 2004 to 2006 in this age group with a diagnosis related to food allergies 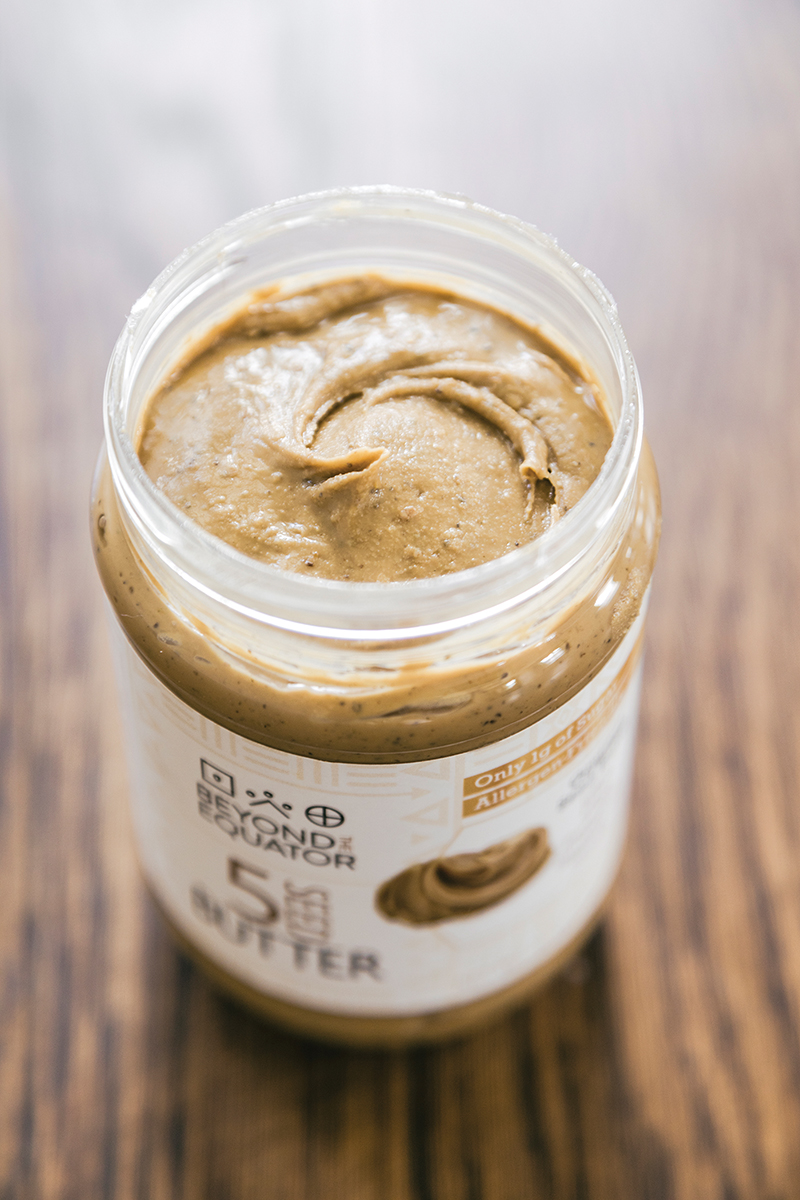 5 Seed Butter is a 100 percent allergen friendly alternative to traditional peanut butter, making it a popular option for parents with kids with food allergies.

A Market That’s Not Softening

Beyond the Equator’s target population continues to grow, along with the popularity of 5 Seed Butter.

“Our target consumer is anyone who is health conscious or looking to add healthy alternatives to their diet [or the diet of a loved one].” Bratcher said, noting a “growing vegan and vegetarian community, with many people looking to go meat-free one or more days of the week.”

The company currently distributes only in Louisiana (30 stores), but has its sights on a larger scale.

“Right now we are aiming locally to get into Rouses and Robert Fresh Markets,” Bratcher said. “Next step would be expanding into Texas and the West Coast, where these kinds of products are sought after,” he said.

In addition to local sales, online markets continue to be a source of growth and outreach for the company.

“Amazon sales [of 5 Seed Butter] have increased approximately 100 percent each month,” Bratcher said. “Once we registered with Amazon Prime, our sales really grew. We recently made it into the top 100 butters on the site.”

Sales growth figures may also receive a national bump after Beyond the Equator’s debut and award presentation at the Specialty Food Association “Fancy Food Show” in New York.

“[Winning the Best New Product award from the Specialty Food Association] was a validation for what we are doing and where we are going,” Bratcher said. “We are excited to see the impact on the product after the show. It puts us up front among distributors and retailers on a national scale.”

While sandwich lovers and home cooks begin to enjoy 5 Seed Butter, Bratcher and his partner are continuing to develop new ideas to reach an even wider audience.

“We’re working on product variations on the 5 Seed Butter,” he said. “We want to make crunchy and sugar-free options, along with a protein-infused version and flavored options [with honey or maple]. We’re also looking into making a jelly to go along with the 5 Seed Butter — a superfood jam or jelly. It’s still in R&D, but we are hoping to develop it soon.” 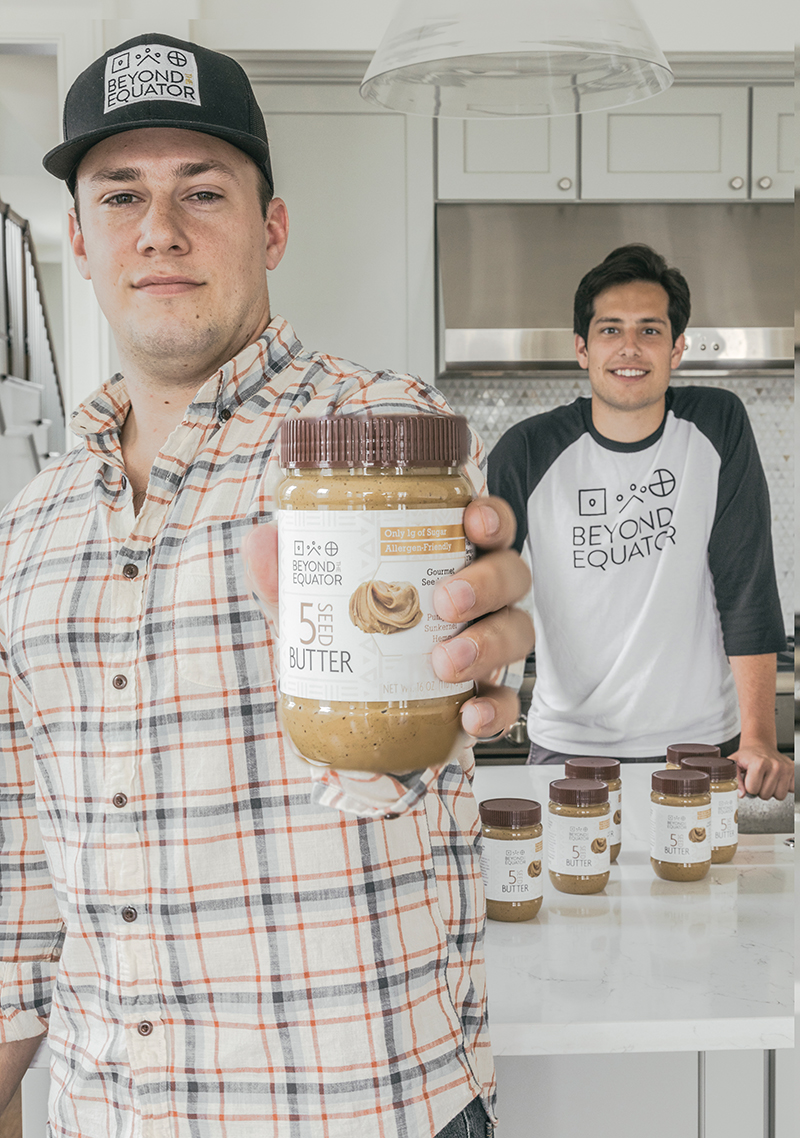 The number of Americans switching to a vegetarian or vegan diet is on the rise.

5% always eat vegetarian or vegan when dining out