A Stylish Gentleman For A Unique Bar

Forget the white shirt, black vest and bow tie – the predictable uniform of your average hotel bartender. When Alan Walter, manager of Loa, the unique bar in the International House Hotel on Camp Street, goes to work he usually wears a stylish jean jacket, jeans and a Western bolo tie.

“Loa is an unpretentious bar where I can freely express my style — wearing what I like,” says the handsome man with the rugged good looks of a movie star. “Bolo ties are my favorites. My grandfather, Joe Walter, who lived in Gainesville, Texas, always wore a bolo, which consists of a braided leather cord with metal tips and a decorative ornament that slides on the cord. I followed in his footsteps when I started wearing ties.” Completing his outfit is usually a pair of well-worn Justin or Nocona boots.

A playwright and songwriter who has had his plays performed on stage, Alan feels Loa is the perfect place for him.

“I have always loved entertaining people, and running one of the most atmospheric bars in New Orleans fits right in with my lifestyle. Here we pride ourselves on operating a place that has its own vibe; there is always an interesting blend of tourists with enough native New Orleanians to keep things interesting.” 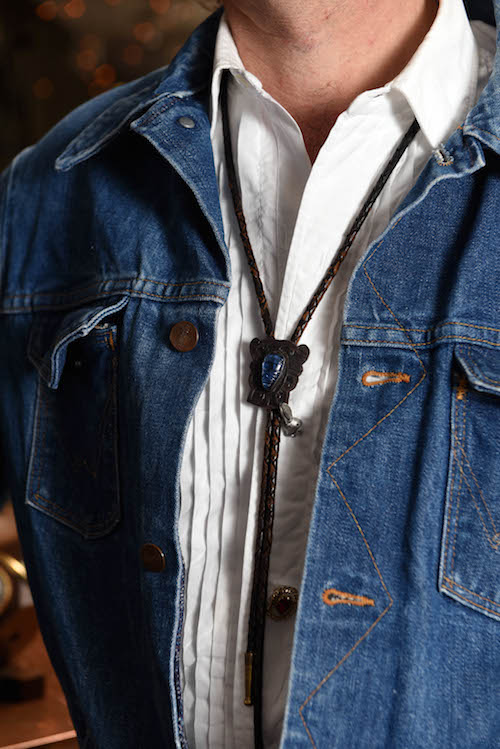 A native of Dallas, Alan grew up in Hammond where his father was a professor of literature at Southeastern Louisiana University and his mother was an interior designer. He graduated from the Louisiana School for Math, Science, and the Arts in Natchitoches, and then earned a BA Degree in the classics at the University of Dallas. By the time he signed up for his MFA Degree at Louisiana State University, he knew he wanted to be a playwright.

“I loved theater and thought it would be a challenging career to follow my dream,” he says. He spent every possible minute plying his craft, and along the way discovered Loa.

Working at Loa for the past five years, Alan has thrived.

“It’s where my love of theater and my fashion style fit perfectly with a bar that is truly individualistic,” he says. “I enjoy the creative freedom of making what we think are the best craft cocktails in New Orleans. I also have fun collecting Loa’s barware and its curios, which I find in local antiques shops and thrift stores.” He puts a lot of thought into making special ingredients used at Loa. 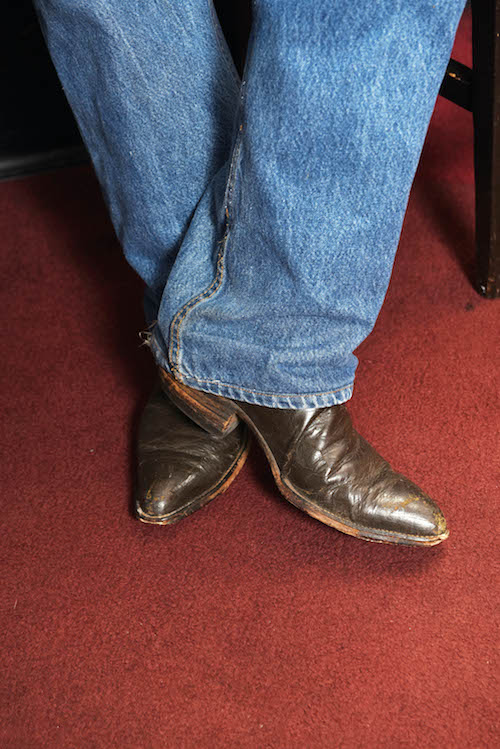 “My signature drinks have been noted for containing unusual spirits, homemade syrups, local ingredients and fresh squeezed juices from up to 12 fruits and vegetables.” Alan then spends a moment deciding what he should say next, finally adding, “I think each day at Loa could be a snippet of play by Oscar Wilde. This is never a dull place.”

Converted to a hotel in 1998 by entrepreneur Sean Cummings, the Beaux Arts building began life in 1906 as the Canal Bank & Trust. In 1943 it became known as the International House, the first world trade center in the world. Loa has always been a part of the International House Hotel, a 130-room boutique hotel just two blocks from the French Quarter.

“Because Loa is such a special bar, I am ever-conscious of having everything just perfect for our guests,” he says. “And one of the main bonuses of working here is being able to wear my own style to work each day.”