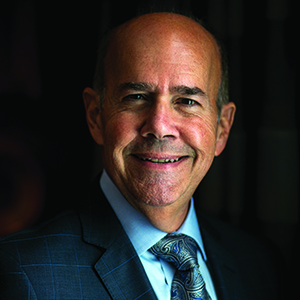 NEW ORLEANS — Energy industry veteran Al Petrie — who will be featured on next week’s Biz Talks podcast — has organized not one but two major industry gatherings scheduled to take place next week in New Orleans.

The Southern Industrial Conference, debuting May 31 and June 1 at the Ritz-Carlton Hotel, is a chance for companies to learn about opportunities and challenges as the “U.S. economy is experiencing unprecedented post-pandemic growth plus the state and federal sectors are investing significant funds in infrastructure and energy-transition projects,” said Petrie.

During presentations, company executives will share their experiences growing their businesses, and expert advisors will talk about economic development and growth opportunities as well as critical issues facing both private and public companies in the South.

The Southern Industrial Conference will be immediately followed by the Louisiana Energy Conference, an event Petrie founded in 2000 to connect energy industry firms with potential investors. Scheduled for June 2 and 3 at the Ritz, LEC 2022 will feature a series of approximately 21 presentations, panels and discussions that will address developments and topics related to domestic and international oil, natural gas, renewables and clean energy. It will attract executives from more than 60 organizations, including public and private energy companies as well as advisory, investment, private equity, industry trade groups, regulatory agencies and support firms.

Petrie said the idea of the original event, created more than two decades ago, was to give smaller public companies a chance to make their pitch to investors.

“One of the things that public companies do is something called an analyst day, or capital markets day, which is where you invite your investors and the analysts to come hear your story,” he said. “With smaller companies, it was difficult to get people to come in to just hear their story. So the idea, initially, was to give everyone two hours to tell their story. And it was good. Because the first year we did it, we had about 60 or 70 people. And that’s when we thought this is something that could really work. And then over time it just grew and we got a lot more companies that were interested in participating.”

As time went by, Petrie said he needed to change the format to keep things exciting.

“At one point, maybe about five or six years ago, there were 40something energy conferences per year,” he said. “And we said, ‘We’re doing good, but how can we compete with that many different conferences to get people to come here?’ So we switched to a panel format that allowed us to have panels with public and private companies on them. And we found that that has been really effective, because the private companies don’t have the same restraints on talking that public companies do. This year, we’ve got 21 panels over two days, with an average of four people per panel. And so that’s a lot of interaction that people can have. And we have found that that has been a really successful way to get people to come because they learned so much in a short period of time, rather than just having companies do presentations.”

After two successful decades, Petrie said he saw a need for another sort of gathering. Hence the debut of the Southern Industrial Conference.

“There are many companies in the region that could use the networking opportunity,” he said. “After the infrastructure bill passed, we knew the federal government was going to be putting a lot of money into the economy all along the Gulf Coast, so why don’t we have something that can get companies together to hear about those opportunities?”

Get more information about the Louisiana Energy Conference.