When it comes to working the Mississippi River, Captain Cody Heitmeier has done it all.

Starting from his first venture as a deckhand when he was just 14 years old, Heitmeier’s passion for the maritime industry has influenced his every move, guiding him through an education at SUNY Maritime College, a role as a fireboat captain, and an apprenticeship program that ultimately qualified him to become a river pilot. In his current role with New Orleans Baton Rouge Steamship Pilots Association (NOBRA), Heitmeier is one of the pilots entrusted with ensuring the safety and efficient navigation of vessels traveling along the Mississippi River.

Recently, though, Heitmeier has found another outlet for his passion for all things navigation and piloting: aviation. It all began when he drove by the Port of South Louisiana one day and, quite literally, saw the sign he’d been waiting for.

“Just being in navigation, I think it’s just natural to have an interest in aviation,” Heitmeier says. “So, I’ve been looking at going to flight school and kept putting it off. Finally, one day I was on my way home from work and saw a sign that said ‘LetsGo-Fly.com.’ I called and spoke with Jabour. He invited me to his office, we talked, and he said, ‘Want to go fly today?’”

Heitmeier says he instantly felt a connection with Jabour and has been overwhelmingly impressed by the training and certification process–so much that he’s even begun recommending Let’s Go Fly to other river pilots who may be looking to acquire a new skill.

“Jabour teaches really well. It’s been useful having the navigational skills I already possess, like an understanding of terrestrial navigation, headings, courses, etc., but this is a brand new skill set,” Heitmeier says. “A lot of it is learning how to use the instruments and the different types of forces acting on the plane and how they’ll affect your movements.”

Considering his primary field of work, safety is Heitmeier’s number one concern — and since he hopes to be able to fly with his family, he appreciates that Jabour always puts safety at the forefront of training sessions.

“He’s very professional and makes sure we always go through our pre-flight check, and he guides me through everything from taking off to putting the

plane away at the end of the flight,” Heitmeier says. “We’re checking each box to make sure everything is done in a safe and efficient manner.”

On top of acquiring a skill he’s always wanted to learn, Heitmeier sees another attractive benefit in obtaining his pilot’s license during the COVID-19 pandemic.

“The Academy has opened up so many more options for travel,” Heitmeier says. “Pre-COVID, my family and I were frequent travelers, but now, we haven’t been on a plane since March. Once I finish my certification and acquire my own plane, I’ll be able to get back to traveling again. There has been a rapid growth in private travel, and especially with COVID changing the way people travel, I don’t know if I’ll ever get on a commercial plane again.”

Heitmeier is well on his way toward achieving that certification, too. When he’s not in lessons with Jabour, and when he’s not working toward his PhD in Maritime Affairs at World Maritime University, Heitmeier further hones his aviation skills with a flight simulator software on his computer. This allows him to practice every step of the flight process, and he even has the software set to mimic the conditions at the Port’s Executive Regional Airport.

“I’m learning the analytical aspects from Jabour, and then the training books have step-by-step procedures that I can do on the simulator over and over. I’m getting the sequence down pat, and the simulator is very close to real life.”

Once Heitmeier completes the required amount of training and tests for his license, he hopes to get his son involved, too, as he’s already shown an interest in flying. When that time comes, there’s no doubt about who Heitmeier will call for top-notch, hands-on training.

“Jabour is with you every step of the way, and I feel confidence in aviation because of him,” Heitmeier says.

Let’s Go Fly Academy welcomes students of all ages and experience levels, with safety precautions in place to ensure everyone feels comfortable taking lessons during the pandemic. For more information on the Academy’s services and scheduling, visit letsgo-fly.com. 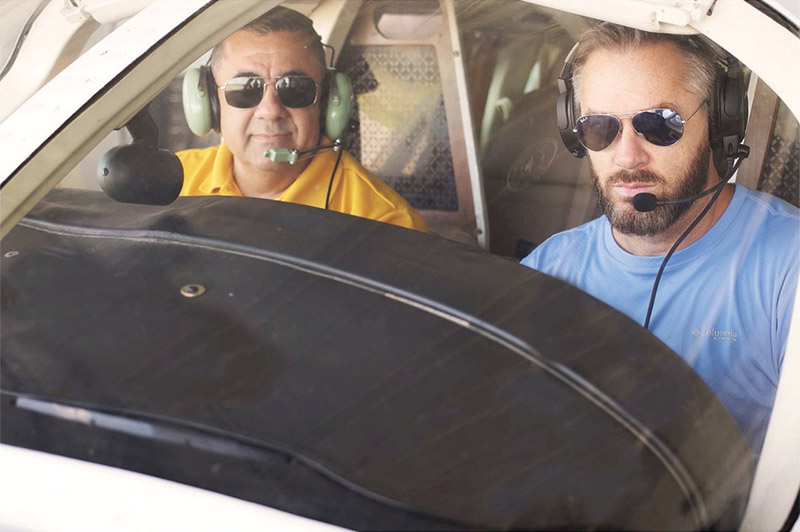 How to Sell Your House without a Real Estate Agent