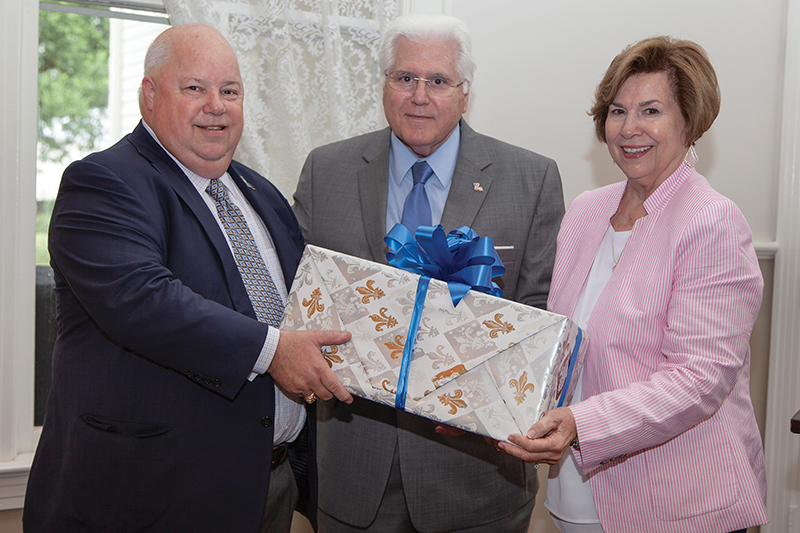 There is no doubt that federal tariffs and trade wars have impacted Louisiana’s economy, but with the agreement of several new trade deals, the approval of funding to deepen the Mississippi River, and investment in infrastructure, Louisiana’s Agriculture and Forestry Commissioner Mike Strain, D.V.M., believes the state’s economy is at the dawn of a new day.

Strain is beginning his fourth term as ag commissioner. A veterinarian and rancher, he was born in Covington and first entered politics in 1999 when he was elected state representative District 74, located in St. Tammany, Tangipahoa, and Washington parishes.

He served two terms in the state house before turning his eye to Agriculture & Forestry, a state agency that had been plagued with accusations of cronyism and corruption. He won in 2007 when his incumbent opponent dropped out of the race, and won re-election in 2011, 2015 and 2019.

In his role, Strain oversees the promotion, protection and advancement of the state’s agriculture, forestry, and soil and water resources, both domestically and internationally. It’s a major role in a state that is economically dependent on agriculture and shipping, and it has grown more important in recent years with the impact of tariffs and trade wars on nations that had been reliable trade partners with the state, including China, Brazil, Turkey and South Korea.

At the farm and forest level, these industries contribute $11.7 billion annually to the state’s economy. When the many support industries are added in, agriculture and forestry touch the lives of everyone in Louisiana, making them critical to employment, economic growth and prosperity of the state.

According to the U.S. Chamber of Commerce, in Louisiana there are 553,200 jobs supported by trade and more than $7.1 billion in exports impacted by tariffs.

While President Donald Trump has tried to level the playing field for American companies and farmers, the imposed tariffs have caused harm. According to the USDA, the state has seen total exports drop from $1.9 billion in 2012 to $1.4 billion in 2018. Strain says the drop is mainly due to the decrease in soybean exports, a $712.2 million industry. In 2019, bulk cargo volumes dropped by 25 percent at the Port of New Orleans and 15 percent at the Port of South Louisiana. The rise in steel prices have affected both trade and investment at both facilities.

“Tariffs have resulted in loss of contracts and less product being shipped at peak times, specifically to China,” Strain says.

But new trade talks and agreements have many excited that the pain will soon cease, and economic conditions will improve.

The U.S.-Japan Trade Agreement was established in October 2019. The agreement between the United States of America, Mexico and Canada (USMCA), a free trade deal, followed in December, and an initial deal with China was signed in January.

While companies across the state are looking forward to reinvigorating established relationships, they have also been exploring trade missions and opportunities in new markets around the world, specifically with the United Kingdom and European nations, in order to diversify their export capacity.

As the state continues to work with the federal government on trade policy, it is also doing what it can to improve its ability to compete.

In February, House Minority Whip Steve Scalise announced the Army Corps of Engineers will spend $85.35 million to deepen the Mississippi River navigation channel between Baton Rouge and the Gulf of Mexico to 50 feet, five feet deeper than at present, and another $45.7 million for the dredging project has been proposed in the nation’s 2021 budget.

It’s a big win for Louisiana and the states that use Louisiana ports to ship their goods.

The five-foot difference will accommodate “New Panamax” vessels, larger cargo ships built since the widening Panama Canal, to travel upriver to New Orleans and Baton Rouge and port facilities in between. The Corps believes the dredging will add an average of $127.5 million a year to the nation’s economy.

“We expect a significant increase in the number of ships coming into the Mississippi River, which will result in better prices for farmers,” Strain says.

With those improvements, Strain says one of the main initiatives he would like addressed in his fourth term is the revitalization of and addition of new infrastructure for the state’s roads, bridges, railways, and ports, including storage capacity, to reflect the state’s new capabilities for international trade. 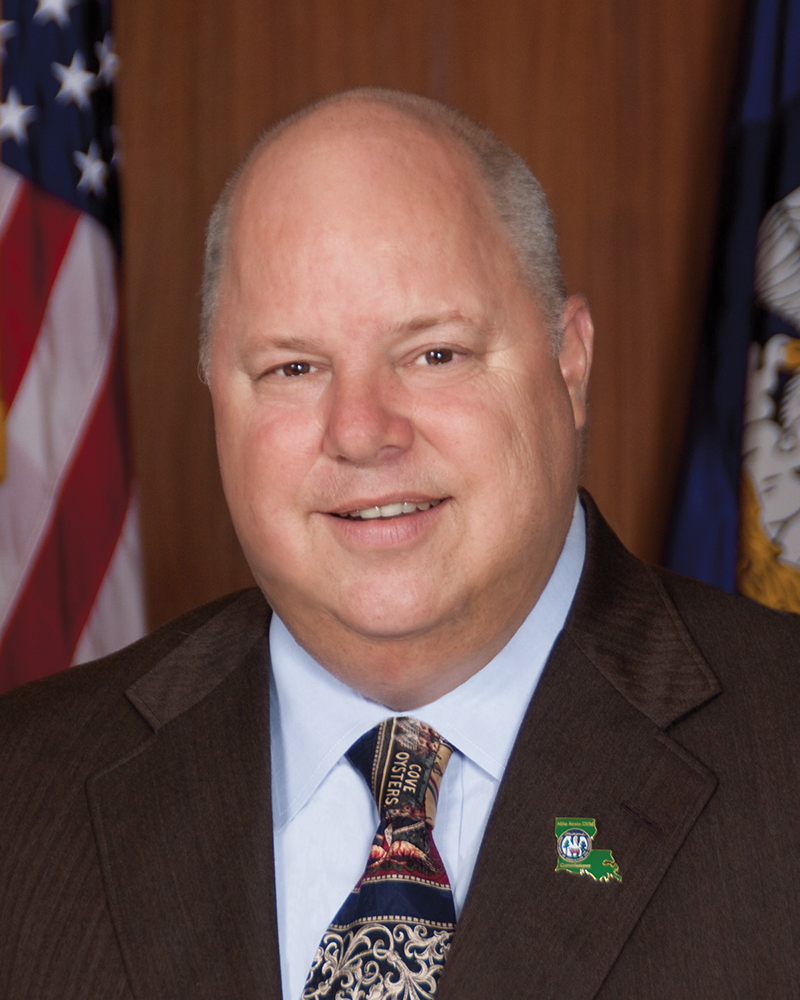