NEW ORLEANS – In early January, 2015, the quarter-acre lot on South Rampart and Clio Streets, a block from the New Orleans Mission, was just another overgrown New Orleans property. Within weeks the two-man team of Joel Hitchcock and Jimmy Seely transformed the property into an urban farm, removing more than 2,000 bricks by hand, bringing in truckloads of manure, building seating, a goat pen, quail coop, bee hives, a brick wood-fire oven and grill and a stage for live music.

The first night will feature award-winning chefs from Patois, Boucherie and Angeline as well as raw oysters from Two Girls One Shuck and drinks from Courtyard Brewery and Cathead Vodka.

Jazz/Blues quartet Sonic Harvest will be performing their funky tunes to keep the crowd grooving under the stars.

All Paradigm Gardens events are BYOB. Entry is $50. 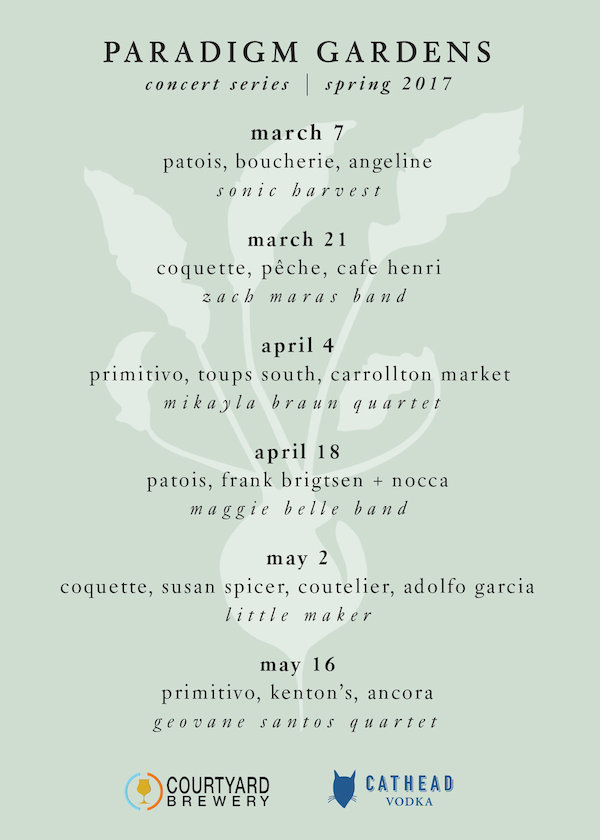