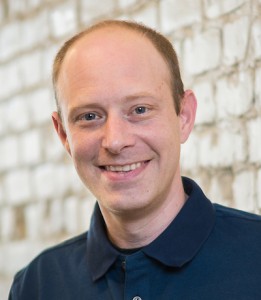 NEW ORLEANS – This week’s Biz Talks podcast features native New Orleanian Scott Wolfe, a lawyer and entrepreneur who founded the New Orleans-based technology startup Levelset in 2012 to make payments less stressful for contractors and suppliers in the construction industry. The company is headquartered in the Lower Garden District and has nearly 300 employees worldwide.

News broke last week that California-based software company Procore will purchase Levelset for roughly $500 million in the fourth quarter of this year. It’s the largest ever VC-backed tech acquisition in Louisiana.

Here, edited for brevity and clarity, are highlights from the podcast conversation:

What is the origin of Levelset?

I was practicing law in post-Katrina New Orleans, where there was a lot of activity with construction. I saw how hard it is to get paid. Construction payments are complicated and full of risk. I have a technology background, and a little bit of an entrepreneurial background, so I just started working on that problem one piece at a time.

What’s an example of how things can go wrong with construction payments?

There are lots of examples. It’s like the saying: “Every happy family is happy for the same reason, and every sad family is sad for different reasons.” Every project is delayed. There are a lot of risks. There’s money that slips through the cracks. Imagine one electrical socket in a skyscraper and how difficult it must be to install that at the exact right time and in the exact right place. Every construction project has so many stakeholders that have to really coordinate like an orchestra. And it’s just as difficult and nuanced to get the money to go through all those different hands — and so much can go wrong with disagreements, scheduling problems and just the process of moving money around.

There must have been a pull to start Levelset in a more established tech hub. How did it come to be that you set up shop here?

There’s a lot of advantages to being based in New Orleans that I think are a huge part of our story. And certainly there were challenges with that, especially in the early days, with respect to getting the type of capital investment in the company that we’ve gotten from international players. One of our investors is in Hong Kong, some are in New York and San Francisco. There’s not a lot of that money from there that comes to New Orleans. And that was a challenge. But the pros outweigh the cons. And it’s home. And we put together a world-class team to build a world-class product with world-class investors and had a world-class exit. And so obviously it can be done in New Orleans, and I’m infinitely grateful that we did it here.

How big has your company grown?

My chief technology officer, Hisham Younis, is from Cairo. New Orleans does have great engineering talent, but it’s not a deep pool. Cairo and some of these other international markets have like 10 times the number of engineers that are available here. And so we started to expand a little bit there. And then it grew from those original seeds.

What does the sale mean for the New Orleans office? Is it going to remain active?

So this is obviously a huge vote of confidence in your work. Do you feel like Alvin Kamara after his big contract extension?

Yes, maybe it’s a great analogy, because the real driver and the motivator for me over the years is that we’re looking to solve this problem. And we’re still driven to do that. And the problem is our Super Bowl. … It feels good, but there’s a lot of work to be done. And we’re really energized.

For almost two years, New Orleans hasn’t been able to be New Orleans. No festivals, cruises, big meetings or international travelers. The COVID spikes, the hurricanes and the infrastructure challenges seem to have put us in a precarious position. In light of that, what makes you worried about the local economy’s future and what makes you feel optimistic?

I can give you a precise example of why I’m worried, which is doing this deal. It never threatened the deal, but during the process we had the COVID spike and Hurricane Ida. Both of those occasions canceled trips from the Procore executives coming to New Orleans to work on this deal and instead we had to meet in Seattle and Santa Barbara. We met all over the place because New Orleans kept making it impossible. Power was out for two weeks while we’re trying to get the deal closed, and it was frustrating. And that’s a bad break.

What makes me optimistic, meanwhile, is that it’s so easy to love the city. And if you can get seduced into the city, then it presents a lot of advantages. I love that our customer teams are here in New Orleans because we are great with people. I think we have great tech talent and a great community that brings very creative energy that is different from the energy and the ideas that you get in other cities. I think there’s immense loyalty to companies. … So there are a lot of core qualities that can make more successes like Levelset. And we just have to overcome all of our worries and get smarter.