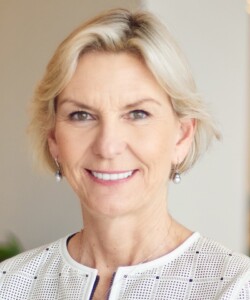 NEW ORLEANS (press release) — Adams and Reese Partner Leslie Henry, who splits time between the firm’s New Orleans and Houston offices, has been appointed to the United States Golf Association Executive Committee. The USGA, founded in 1894, advances the game of golf, and conducts many premier professional and amateur championships, including the U.S. Open and U.S. Women’s Open. Henry will serve a three-year term.

This national appointment is another milestone to Henry’s contributions to the sport since she became interested in golf as a way to find equal footing in the legal industry. She has developed a fierce love for the game, championed the sport, and built a successful amateur career.

In 2020, Henry was the first female to be named President of the Texas Golf Association, following in 2016 being the first female to serve on the TGA’s Board of Directors. The TGA is one of the largest and most respected golf associations in the country. Henry was highlighted in TGA’s “100 Texas Women” Blog, honoring notable women from the history of Texas golf.

This year, she won the World Amateur Golf Championship in Orlando, and as a result, competed in Malaysia for the U.S. Nationals team. Henry came in the Top 15 of the championship flight (first among women). Henry’s additional playing achievements include qualifying for the Texas Cup South, U.S. Women’s Mid-Amateur, and U.S. Women’s Senior Amateur teams. She has won the Greater Houston Women’s Senior City Championship four times.

“My introduction to golf started with, ‘If I did not go play golf with the guys, I would have to write everyone’s legal brief, so I decided I should learn how to play golf. As soon as I started, I developed a passion to not only play, but also to make golf more accessible to anyone that wants to play the game,” said Henry. “I am honored to join the USGA Executive Committee, continue my passion to grow the sport at the national level, and give back to a sport I love so much.”

A litigator of over 25 years, Henry formerly served on Adams and Reese’s Executive Committee and on the Diversity, Equity, and Inclusion Committee. Henry works closely with young attorneys through Adams and Reese’s mentorship program. In 2016, Henry was elected as Texas Bar Foundation Fellow, one of the highest honors a member of the State Bar of Texas can receive.

Henry was recently recognized by New Orleans CityBusiness among the “Women of the Year” for her professional and community achievements.