Statewide and Local Issues Supported by the Chamber

The Jefferson Chamber serves as the voice of business for Jefferson Parish, but also contributes on local, regional and statewide issues. The Chamber listens closely and is proactive on the issues and concerns of its members and the business community. During the Louisiana Legislature’s 2022 Session, the Jefferson Chamber provided a new series of weekly email updates to membership on a variety of bills that were introduced. The Jefferson Chamber supported wins on state legislation backing numerous key issues including education reform, workforce development, tax reform and more.

EDUCATION REFORM: A top priority for the 2022 Legislative Session, education reform will continue to remain an important issue for the State of Louisiana. Several of the bills passed will expand education options to help ensure every child has access to a quality education. The Jefferson Chamber has long supported significant funding for all levels of education. The Louisiana Legislature prioritized education funding during this year’s session, including an $84-million investment in early childhood education.  Representative Clay Schexnayder, Speaker for the Louisiana House of Representatives, appointed Jefferson Chamber President Ruth Lawson to serve on the Early Childhood Care and Education Commission which was established to create a vision and framework for the future of early childhood care and education in Louisiana.

WORKFORCE DEVELOPMENT: Throughout the session, the Legislature made significant investments into higher education and workforce development initiatives totaling more than $60 million for appropriations to the Louisiana Community and Technical College System (LCTCS) and many of its training programs, especially healthcare workers and high school students seeking careers in nursing and allied health programs. Additionally, through TOPS Tech, qualified high school graduates can receive up to two years of skill or occupational training at an accredited Louisiana vocational or technical school for a certificate or diploma. The Louisiana Workforce Commission — with the approval of a parent or guardian — will provide data to a third-party vendor that will remove all personal, identifiable information and create unique student identifiers to match the student’s education with their post-secondary employment.

INFRASTRUCTURE FUNDING AND TRANSPORTATION: Lawmakers made a substantial investment towards Louisiana’s ever-growing infrastructure needs. Funds allocated to making much-needed infrastructure projects a reality across our state includes more than $600 million for projects including the building of the Mississippi Bridge in Baton Rouge, the I-10 Bridge in Lake Charles, the Commuter Rail and I-49 South. Additionally, hundreds of millions in funding for local road and bridge repair, improvement, and construction in parishes across the state was approved.

TAX REFORM: Although not a fiscal year session, Legislators passed a handful of tax reform bills, and some of the efforts eased the burden of the Louisiana tax system. The Jefferson Chamber will continue its advocacy work for a simpler tax system in the 2023 Louisiana Legislative Session.

The Jefferson Chamber Political Action Committee (PAC) experienced tremendous success and witnessed its influence expand to greater heights in 2022, as 100 percent of its endorsed candidates in the City of Kenner and City of Harahan municipal elections, as well as the Jefferson Parish School Board, were elected to their respective posts.

In April, the PAC celebrated a perfect sweep when all six of its endorsed candidates in the Kenner races were elected to office including Mayor Mike Glaser, Chief of Police Keith Conley, and city council members Dee Dunn (District 1), Ronnie Scharwath (District 2), Joey LaHatte (District 3) and Brian Brennan (District 5). In November, PAC-endorsed School Board candidates Gerard LeBlanc (District 1), Michael Pedalino (District 6) and Ralph Brandt (District 7) won their races, while incumbent Mayor Tim Baudier and Chief of Police Ed Lepre were victorious in their campaigns in Harahan.

Following the last major election cycle in 2019, political commentary expert Clancy DuBos stated the following about the Jefferson Chamber’s PAC: “The parish’s leading business PAC supported a slate of candidates that swept into parish government, including Sheriff Joe Lopinto, new Parish President Cynthia Lee Sheng and every member of the parish council. The Chamber may now be the most valuable endorsement in Jefferson.” 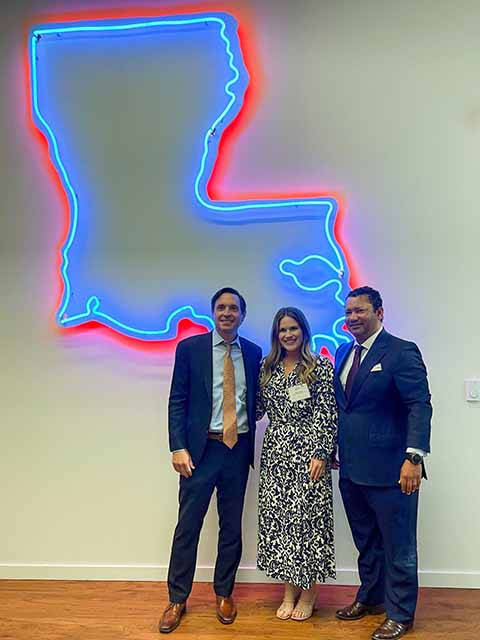 On Wednesday, March 9, at the Hilton New Orleans Airport Hotel in Kenner, President and CEO of the Louisiana Association of Business Industry (LABI), Stephen Waguespack, and President and CEO of Greater New Orleans Inc., Michael Hecht, presented legislation that they supported during the subsequent legislative sessions. Sponsored by Gulf Coast Bank & Trust Company, the event also featured a pass the mic “Two Minute Take” with the Jefferson Parish delegation to stress topics of importance on the ballots.

Evening at the Legislature

On Tuesday, May 17, the Chamber held its annual Evening at the Legislature, presented by Peoples Health, at the LABI headquarters in Baton Rouge. The event offers leaders in the Jefferson Parish community an opportunity to learn about the legislative process and receive information on the status of key legislation critical to Jefferson Parish and the business community. The 2022 event included a legislative briefing to approximately 70 attendees, including numerous elected officials, which featured presentations by President and CEO of LABI, Stephen Waguespack, and Co-Owner and Partner of Advantous Consulting, Jason DeCuir. A comprehensive overview of current bills focused on education, redistricting and taxes preceded a reception with members of the Jefferson Legislative Delegation. 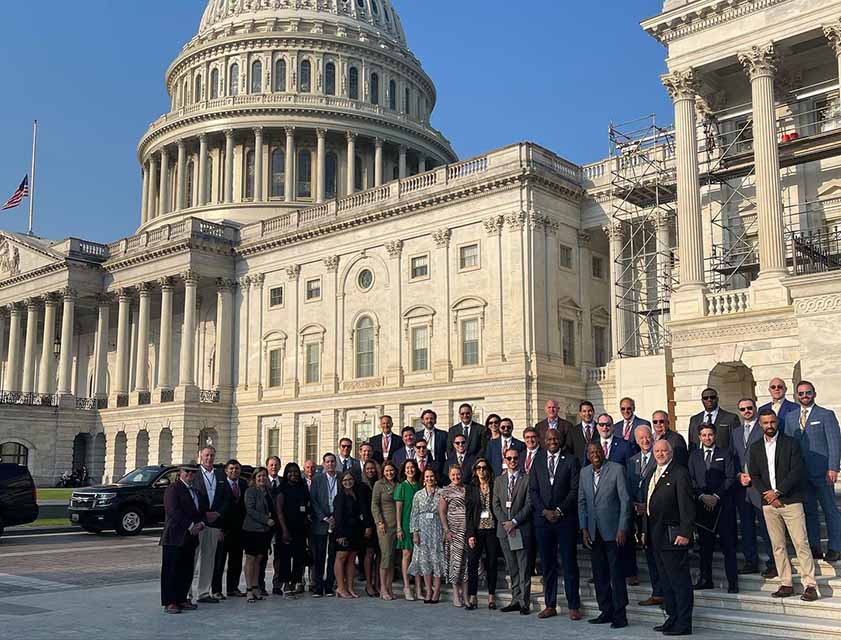 The Jefferson Chamber made its annual trip to our nation’s capital September 14-16 for the 2022 Washington D.C. Fly-In, presented by Zito Companies, as top business leaders from the community met with federal officials to discuss important business issues vital to the Greater New Orleans region. Events during the three-day visit included U.S. Chamber of Commerce Briefings, a Politics & Po’Boys Rooftop Reception at Adams and Reese, a late-night tour of the U.S. Capitol, briefings with the entire Jefferson Parish congressional delegation, a Capitol reception with Steve Scalise, a tour of Arlington Cemetery and a boat tour on the Potomac River. 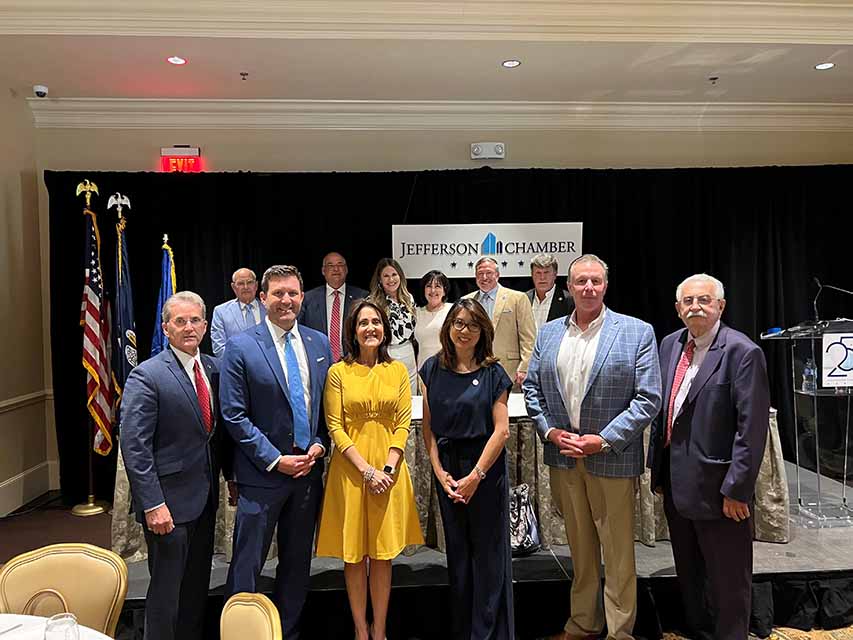