Aching for a Cure

The New Orleans Chapter of the Arthritis Foundation could use your help in fighting this debilitating disease.

When native New Orleanian Kelly Massicot was a child, she did cartwheels, played all kinds of sports and was by all accounts an active and thriving child.

In her teens, however, things began to change. She was constantly exhausted, her joints ached and her active life ground to a halt. At age 19, after many misdiagnoses, she finally heard the verdict: She had rheumatoid arthritis.

“At first I thought I was making it all up in my head,” said Massicot, who’s now 27. “I mean, I couldn’t have arthritis. Because like most people, I thought it was something only older people got.”

According to the Arthritis Foundation, arthritis is the leading cause of disability in America — more than 54 million adults and 300,000 children have some type of arthritis. In Louisiana, it is estimated that 923,000 struggle with this disease.

Arthritis is called a “disease” as an umbrella term for a very complex illness that includes more than 100 forms. The most common form in the United States is osteoarthritis (affecting more than 30 million adults) followed by gout and rheumatoid arthritis. Arthritis is responsible for more than 100 million doctor visits and 7 million hospitalizations nationwide each year.

“My arthritis, rheumatoid arthritis, is an autoimmune disease,” said Massicot. “Usually a healthy immune system is protective. It generates internal inflammation to get rid of infection and prevent disease. But my immune system mistakenly attacks my joints, which causes inflammation and pain. It’s exhausting. One day the pain is in my pinkie, the next it’s my thumb or ankles or knees. Just opening a jar or buttoning my clothes is sometimes almost impossible and I never know what my future holds for me.”

For 70 years, the Arthritis Foundation has focused on finding a cure as it funds cutting-edge scientific investigation to discover more about arthritis — what causes it, what affects it, what can stop it — and what can keep it from developing in the first place. It is the largest funder of research on the disease — over half a billion dollars since its inception.

The New Orleans chapter of the Arthritis Foundation closed for 10 years following Hurricane Katrina, relaunching in 2015 with the help of New Orleans rheumatologist Dr. Madelaine Feldman.

“We offer trusted information, health tracking tools and ways to connect with others,” said Neil Duplantier, an orthopedic surgeon with The Bone and Joint Clinic in Gretna and foundation board member. “The foundation works with health care providers and other partners to strengthen our educational offerings. We also have an online effort so people with arthritis can customize their personal experience and find local resources. We also offer such things as educational seminars at places such as Office Depot in order to help patients find different ways to cope with this disease and be better informed.”

Nationally, the foundation raises money through multiple events — from walks to bashes and balls — but it is their Jingle Bell Run that garners most of the attention. Nationally, the event began in 1984 and has grown to become the largest holiday-themed 5K race for charity.

On Dec. 8, at Audubon Park, runners, friends and family donned their most festive costumes and tied bells to their shoelaces to participate in New Orleans’ third annual Jingle Bell Run. It is currently the only fundraiser run by the New Orleans chapter. This year more than $30,000 was raised and 100 percent went to the Arthritis Foundation.

“I am so thankful for all the volunteers who helped out,” said Duplantier, who is also the chair of this event. “The staff provides all the leadership behind the scenes and they did a terrific job.”

The foundation also focuses much of its efforts on advocacy. People with arthritis face unique barriers to care: high costs of treatment, difficulty accessing medications, scarcity of specialists and more.

“It’s hard for one person to fight this battle alone,” said Massicot, who is also on the foundation’s board of directors. “But the people leading our advocacy effort address key issues on both the state and federal levels with lawmakers and insurers.”

A Good Match
FOR COMPANIES WHO…
Have a healthcare focus or who have employees that suffer from arthritis. The annual Jingle Bell Run also provides a fun way to encourage employees to give back in a way that also promotes their own health.

One of the main things Massicot works on is getting the word out about arthritis. She wants people to understand that arthritis makes everyday tasks painful and often impossible to do at all. And just because most people don’t show any visible signs, they still are struggling almost daily with this malady.

“I didn’t use to share about my condition but I talk about it all the time now,” she said. “The public needs to understand that arthritis is a lot more serious than many think. Sometimes the effort of just getting ready to go out and have a good time wears me out so much I end up not even going out. I went to the African American museum recently, a trip I was looking forward to, and I ended up with burning pain and swollen joints, I took eight Advil and lived with an ice pack for days.”

Nationally, the Arthritis Foundation’s goal is to help ease the burdens of those living with this disease. It recently started The Live Yes! Arthritis Network a support group meant to empower people to live their best life. Some groups have brought in doctors to speak and hosted activities like yoga that are arthritis-friendly. A New Orleans version of Live Yes! is still in the works.

“We are here to help people that live with arthritis on a daily basis and take great pride in connecting people through our “Live Yes” network,” said Kelly J. Maliska with the Arthritis Foundation. “When people are first diagnosed, they sometimes feel isolated and we try not only to educate them, but welcome them with open arms into a community of people who are fighting the same battles.”

“Seeing a celerity speak up about their arthritis is inspiring and helpful to all of us,” said local arthritis sufferer and board member of the New Orleans chapter of the Arthritis Foundation, Kelly Massicot. “Getting the word and getting the exposure is so helpful to our efforts.” 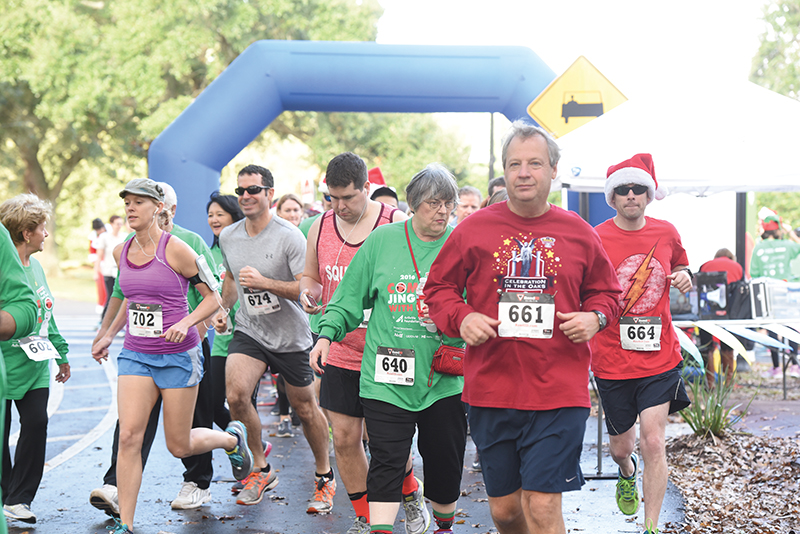 Not just a disease for the elderly, almost two-thirds of adults with arthritis are between the ages of 18 and 64. More than 54 million adults and 300,000 children in America have some form of arthritis.

Mission
The Arthritis Foundation’s mission is to boldly pursue a cure for America’s No. 1 cause of disability, while championing the fight against arthritis with life-changing resources, science, advocacy and community connections. Nationwide for 70 years, in one community after another, the Arthritis Foundation has taken colossal steps to conquer this crippling disease.

Money Raised
$23.4 million from 120,077 supporters, The Walk to Cure Arthritis, Jingle Bell Run and other major fundraisers brought in a quarter of the Arthritis Foundation’s total funding for research and resources. 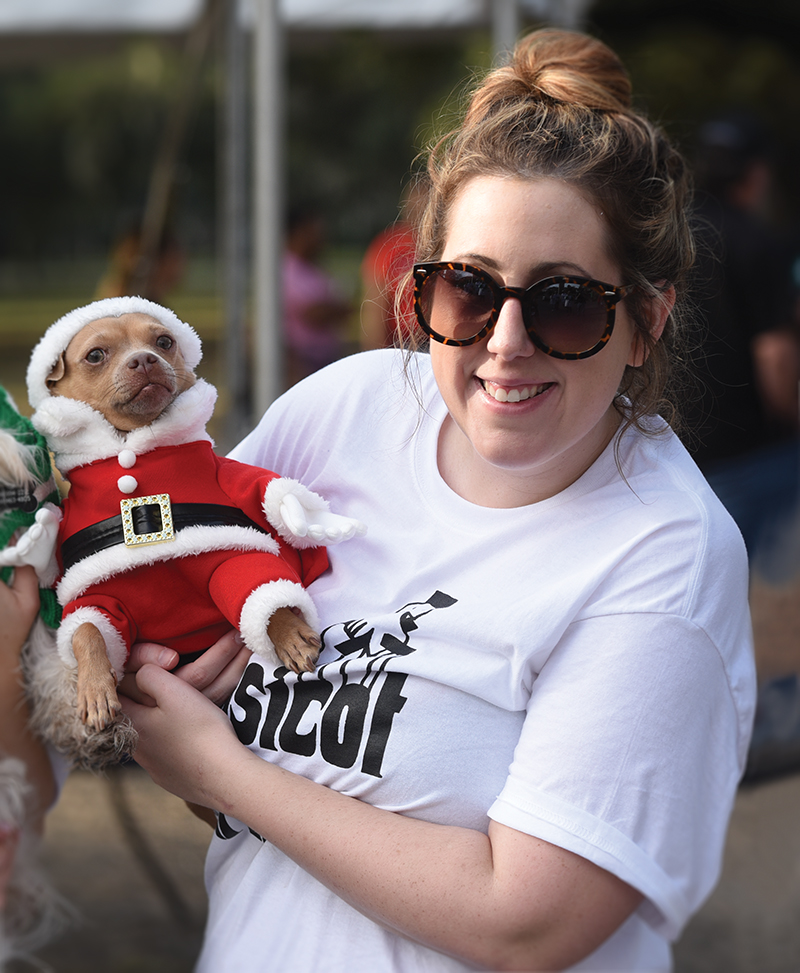 “Usually a healthy immune system is protective. It generates internal inflammation to get rid of infection and prevent disease. But my immune system mistakenly attacks my joints, which causes inflammation and pain. It’s exhausting. One day the pain is in my pinkie, the next it’s my thumb or ankles or knees. Just opening a jar or buttoning my clothes is sometimes almost impossible and I never know what the future holds for me.”
Kelly Massicot, Arthritis Foundation board member

1,800+ people called the 24/7 Arthritis Foundation Helpline, which provides assistance — from physician referrals to paying for medications and more.

7,609 people in Louisiana are subscribers to Arthritis Today magazine. 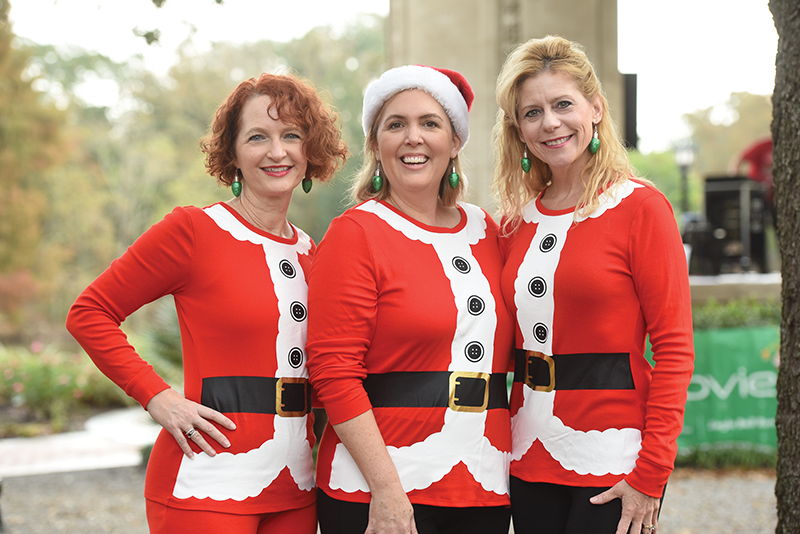 Jingle Bell Run participants delight each year in dressing up in festive attire and running the 5K in teams to support the New Orleans chapter of the Arthritis Foundation. It is the chapter’s only fundraising event.

DID YOU KNOW?
Economic Cost of Arthritis

Almost two-thirds of adults in the U.S. with arthritis are of working age (18-64 years).

Arthritis, and other non-traumatic joint disorders, are among the five most costly conditions among adults 18 and older.

Total medical costs and earnings losses due to arthritis were estimated to be $303.5 billion in 2013, nearly 1 percent of the gross domestic product that year. 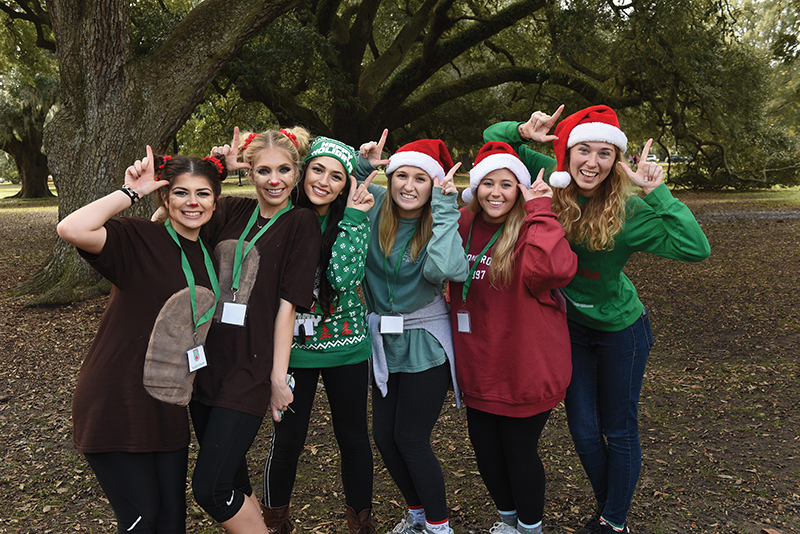 The next fundraising event, Walk to Cure Arthritis, will take place for the Baton Rouge chapter on May 11, 2019 at Pennington Biomedical Research Center, 6400 Perkins Road.

For more information on any events, contact Sara Morthland at (337) 540-0615 or smorthland@arthritis.org

Other events include: Arthritis Bike Classics, galas and other social events.

HOW TO HELP
What Your Company Can Do

Volunteer – whether it’s board members, day of event volunteers or even just someone to speak to JA (juvenile arthritis) families.

Sponsor an event, such as New Orleans’ annual Jingle Bell Run, or encourage employees to form a team.
Invite speakers to come and talk about arthritis to promote awareness of the disease and encourage support to any employees that may be affected.

Offer products that make arthritis sufferers’ lives easier. For example, clothes that are easy to put on.

Allow employees with arthritis time off to tell their stories to legislators and help the Arthritis Foundation champion the fight to make sure that those with arthritis have access to the best medicine, healthcare and research possible.

Create your own fundraiser. Find ideas and help at arthritis.org/living-with-arthritis/tools-resources