A Year of Triumphs and Trials 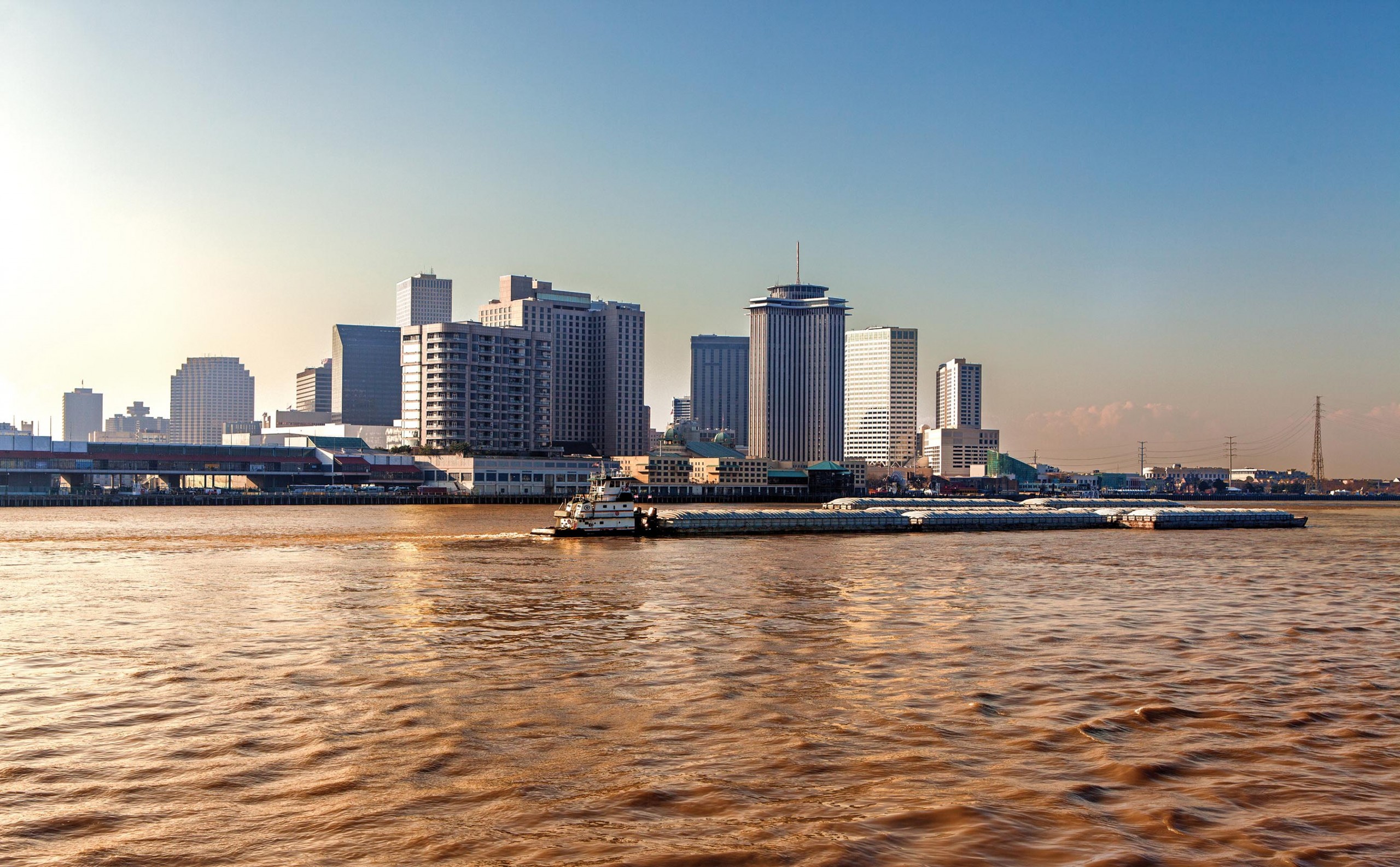 In the wake of this powerful storm, we are thankful for our essential port workers, maritime partners, as well as the federal, state and local partners who worked tirelessly to get the Port NOLA gateway up and running.
Brandy D. Christian, president and CEO of Port NOLA and CEO of the New Orleans Public Belt Railroad

Today, the port and its tenants generate more than 19,000 jobs and nearly $4 billion in revenue annually. The port is a top importer of coffee, steel, natural rubber and consumer goods, and a top exporter of frozen poultry and plastic resins for manufacturing.

“The 125th anniversary celebrates the role the port has played, and continues to play, as an economic engine and a global gateway for our region and state,” said Brandy D. Christian, president and CEO Port NOLA and CEO of the New Orleans Public Belt Railroad. “This historic milestone also gives us an opportunity to look ahead as we work to provide the vital infrastructure to drive us into the next 125 years.”

The Board of Commissioners’ celebration of the port is a year-long public engagement campaign. It began in July 2021 and will continue till July 2022. A special anniversary logo was established, and a theme has been set: “Port of New Orleans: Connecting Louisiana with the World.”

The anniversary was kicked off with the launch of a video series called the “125 Years in 125 Seconds.” The videos featureappearances by public officials, including Louisiana Gov. John Bel Edwards, maritime partners, workers and others sharing their perspectives on the history of the port. A video will be released on a weekly basis throughout the yearlong celebration.

In addition to the video series, there will be events, promotions and partnerships to further celebrate the Port, including a commemorative 125th anniversary publication.

Remaining Strong During the Pandemic
While 2020 was a tough year, the port did not let the pandemic slow down its progress, even discovering areas of opportunity, and doubling down on efforts throughout its three-parish jurisdiction.

Since the pandemic began, the maritime and logistics industry saw a series of big wins, including the arrival of eight new locomotives resulting in fuel reduction and lower emissions; a $1.24 million grant for the port’s Clean Truck Replacement Program, which helps local truck drivers replace older trucks with cleaner vehicles; the NOPB’s completion of work on additional storage at the Kingfish yard in Jefferson Parish, which accommodates an additional 206 storage cars; and The U.S. Army Corps of Engineers’ near completion of the historic deepening of the Mississippi River Ship Channel to 50 feet.

One of the port’s biggest projects is the Napoleon Expansion, a $100 million expansion project at the port’s Napoleon Avenue Container Terminal. Four new 100-gauge, ship-to-shore cranes and the related rail infrastructure are scheduled to be operational sometime in 2022.
Along with the Napoleon and a second container terminal downriver, the port’s market would broaden with the ability to serve small to large carriers and shippers, as well as provide more space for value-added logistics services. Also, an unrestricted air and water draft would put Louisiana in the position to become the best port in the Gulf, and with the demand for decentralization of the supply chain and the need for more distribution centers, Louisiana is presented with a real opportunity as a job creator.

The region’s rail and barge access to the industrial Midwest and other major population centers such as Chicago, Memphis and St. Louis sets the area apart from any other source and lays the way for a bright future.

Battling Through Another Storm
As the port celebrated its anniversary, progress on existing projects was hindered following Hurricane Ida on Aug. 29, 2021, which occurred on a less celebratory anniversary, the 16th anniversary of Hurricane Katrina.

The Lower Mississippi River opened three days after Hurricane Ida made landfall as a Category 4, and by Sept. 2, the port had resumed limited operations, becoming fully operational on Sept. 7.

“The State of Louisiana and our entire maritime industry are resilient,” said Christian. “In the wake of this powerful storm, we are thankful for our essential port workers, maritime partners, as well as the federal, state and local partners who worked tirelessly to get the Port NOLA gateway up and running. Our focus has been to resume operations quickly and safely.”

While the port’s operations have resumed, assessment of needs and supply chain disruptions continue, and understandably so, as the damages caused by Hurricane Ida were significant and placed more stress on a strained supply chain network throughout the country.

Some of the impacts to the area include damages to maritime facilities and infrastructure, as well as the extended closures of grain terminals and the Gulf Intracoastal Waterway between Morgan City and New Orleans, resulting in delays for barge tows and shallow-water traffic.

The maritime communication systems and pilot stations on the Lower Mississippi River also experienced damage. Another issue has been the lack of available housing for labor and transportation sector workers who are essential to restore operations.

“Our wharves are busy post storm and trains are moving, but we still have challenges to overcome in order to get back to previous levels,” said Christian. “To restore this economic engine fully and preserve the thousands of jobs that depend on it, we respectfully ask that the White House urgently request funding from Congress to address these issues as soon as possible to help us collectively move forward from these significant impacts.”

Nationally, the port supports close to 120,000 jobs and has an economic impact of almost $30 billion. It is one of the busiest complexes in the world, with nearly 6,000 oceangoing ships transiting the river annually. The port also handles 20 percent of the country’s energy and 60 percent of the grain export.

To restore this economic engine fully and preserve the thousands of jobs that depend on it, we respectfully ask that the White House urgently request funding from Congress to address these issues as soon as possible to help us collectively move forward from these significant impacts.
Brandy D. Christian, president and CEO of Port NOLA and CEO of the New Orleans Public Belt Railroad