A Wing and a Prayer

While most people in the Greater New Orleans region are losing sleep and fretting about when Drew Brees will heal enough to play again, travel writers are pulling their hair out waiting for an announcement from Louis Armstrong International New Orleans Airport (MSY) with the opening date of the new replacement terminal.

Officials are keeping to the line “on track to open this fall,” and seeing that we are now in October, it is looking more likely that we’ll see a November opening. Considering the Wednesday before Thanksgiving is one of the busiest travel days of the year, I imagine officials are working to open the $1 billion project in advance of that, giving staff and passengers enough time to adjust to the new terminal before the holiday season.

“The airport has a communications plan in place to ensure travelers are fully aware of how to get to the new terminal, where to park and what amenities will be available to them,” said Burns. “Right now, the campaign titled ‘The New MSY’ is already underway in the Greater New Orleans area on billboards, TV, radio and print. The campaign highlights the overall benefits of the new facility and also promotes the food, beverage and shopping program, parking options and job opportunities created through the construction.”

Burns said MSY is using its social media and new terminal website to share updates. She also shared that in the coming weeks the public can expect to see more specific details about the move to the new terminal.

In the meantime, new direct flights have been announced by several airlines in advance of the replacement terminal opening.

Just in time for the holidays, American Airlines will begin a new seasonal service to Phoenix, Arizona starting Dec. 18.

The 972,000 square-foot replacement terminal will be a boon for New Orleans once it is opened, and is likely to continue to draw new air services to our region. The popularity of flying in and out of MSY is clear.

In August, MSY announced it broke its single-month passenger record by serving 1.28 million passengers in May 2019. That marked a 7.4 percent increase over May 2018, and 20,000 more passengers than the previous record, which had been set in March 2019.

In a press release at the time, Kevin Dolliole, MSY director of aviation, said, “This is a great sign for the New Orleans region, and as the region continues to show such great progress, the airport will make the case to airlines for even more flights so we can connect our community to the world and bring new visitors to New Orleans.”

MSY experienced an all-time record of 13,122,762 total passengers in 2018, which was 9.3 percent higher than the previous record in 2017. It was the fourth consecutive full year of record-breaking passenger totals, and it seems 2019 could potentially bring a new record year.

When the new replacement terminal is opened, New Orleans will have a world-class terminal complex. The waiting is hard, but the payoff will be impressive – officials project the new facility will increase MSY’s economic impact by approximately 20 percent over the next five years and will support 64,000 jobs and $6.4 billion in local spending. 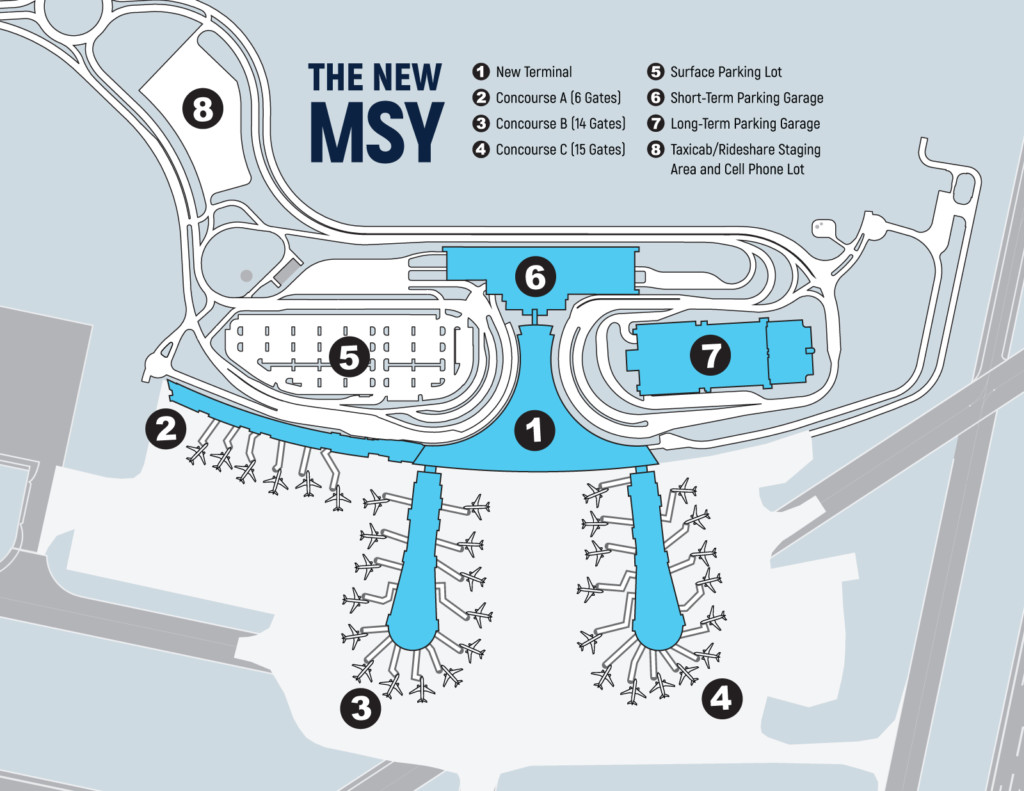 The More You Know

Coronavirus Puts Thousands Out of Work

The More You Know

Coronavirus Puts Thousands Out of Work

Keep Calm and Wash Your Hands