A Tale of Four Businesses

A look at the current challenges faced by four different local dining and events businesses. 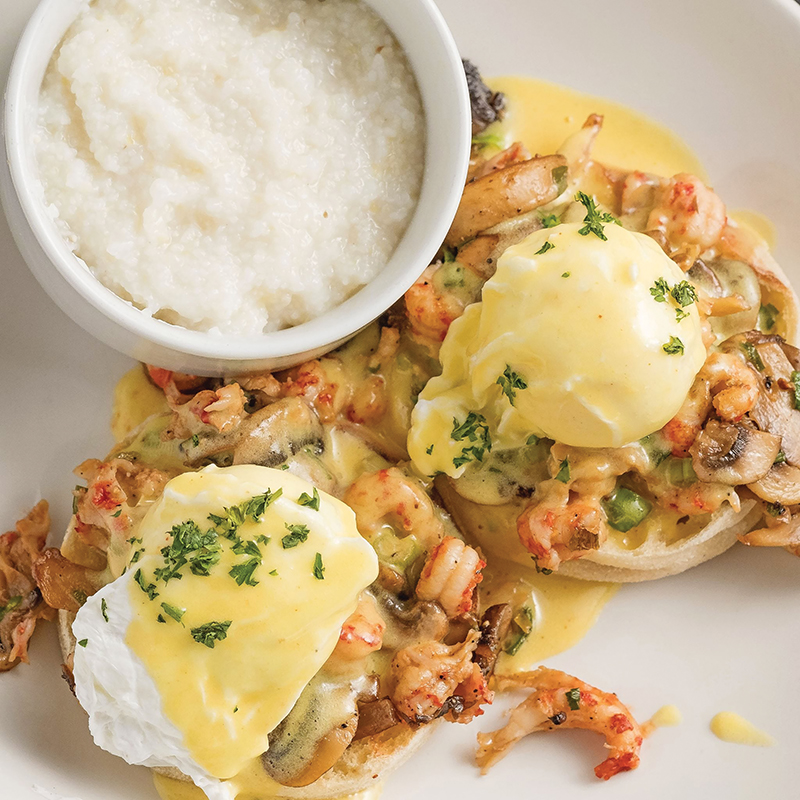 As Louisiana experiences various phases of reopening, the dining and entertainment industries are having to rethink how they do business.

Part of the survival plan for the industry is learning how to shift gears.

With guest safety and staff safety being the most important components, we’re focusing on the dining experience and trying to make sure that we’ve got that really nailed down before we try to incorporate live music. – Ivy Robinson, director of sales at BB King’s Blues Club

Susan Zackin is the owner, lead planner and creative director at Z Event Company, a luxury wedding and event planner. After all of her events for March and April were canceled, she decided to try something new.

“In May we did a drive-in movie theater in Jefferson Parish and we showed the movie ‘Grease,’” Zackin said. “I just felt like we needed to entertain the community; everybody was ready to get out of their house.”

Zackin said the ripple effect of the pandemic is felt at every level of hosting an event.

“We presold a lot of the food for the movie event because vendors don’t have other events, so it’s not like they can just put leftover product in the inventory and sell it the next day,” she said. “It just presents whole new challenges of having this business at this time.”

Zackin said another key to survival for her right now is flexibility.

“The goal is to not cancel events, because at least you have some hope for revenue on the books,” she said. “And you don’t want to have to give back money, because that’s what really hurts everyone in this industry.”

She added that her vendors have been more accommodating when it comes to changing event service dates without penalties.

Opening a new restaurant is challenging enough during normal times, but Michael Gottlieb leveled up on that challenge when he opened The Anchor at Tchefuncte’s during Phase 2 of coronavirus reopening.

“We feel fortunate to be able to do this, especially during these times,” said Gottlieb, who serves as executive chef and director of operations at the restaurant and bar that opened June 26 on the riverfront in Madisonville. “We want to do the best practices. We want to be safe for everybody. We want everybody to feel comfortable when they come in and we want everybody to understand that we’re taking the steps necessary to make it a safe space for them.”

“If it’s supposed to be six feet between tables and 10 people; we’re going with 10 feet and eight people,” Gottlieb said. “The bar seats 30 people, and we only have eight barstools that are extremely well spread out. We’re taking it to the extreme.”

While The Anchor at Tchefuncte’s has been operating at 50% occupancy for Phase 2, Gottlieb has been working on opening a second, much more upscale restaurant called Tchefuncte’s just above The Anchor.

“We want to make sure it’s the best experience it can be when it opens, and it’s very difficult to do that while social distancing under the current criteria that we have to meet,” Gottlieb said.

The Local Favorite Eatery Struggling to Stay the Same

Sala in Lakeview was closed for two months due to the coronavirus shutdown. When it came time to reopen the neighborhood spot, maintaining the familiar experience for customers was important for co-owner Joe Riccobono.

“We still use linen napkins and real silverware instead of paper and plastic,” said Riccobono. “We use real menus instead of just printed out paper, we just sanitize them between each use. It was an important step to try to have that feel of being Sala — being the same place that people remember.”

Sala opened at 25% capacity and increased to 50% as government regulations allowed. As of mid-July, the restaurant had brought back most of their dinner and brunch hours but was still not open for lunch.

Riccobono said there have been a number of challenges with reopening, including supply chain issues.

“In some cases, products that were a staple of our menu skyrocketed in price and we had to weigh whether we just temporarily remove those items, or in some cases I had to go up on prices,” he said.

Ordering kitchen essentials has also been a challenge.

“Not only are we operating on limited staff and limited hours, but so are all of our suppliers,” Riccobono said. “Even when it comes to being able to place orders – some of the salespeople I’ve been working with were furloughed, so I’m now dealing with their manager directly instead of the sales staff that would normally be doing calls that knew me, knew my place.”

“Companies have less business and fewer drivers, so they’re knocking it out and maybe finishing up their day by 1 p.m. and we don’t even open up till 3 p.m.”

To handle the changes, Riccobono said he has been running back and forth to his restaurant to accept deliveries before his staff arrives.

Having to do some extra juggling is worth it, said Riccobono, if he can accomplish his main goal.

“I just want them to have the type of experience they were used to having, and the one that they actually came out for now — to feel back to normal.”

In May we did a drive-in movie theater in Jefferson Parish and we showed the movie ‘Grease.’ I just felt like we needed to entertain the community; everybody was ready to get out of their house. – Susan Zackin, owner, lead planner and creative director at Z Event Company

The Music Venue Waiting for the Music to Return

The normal scene at BB King’s Blues Club includes live music, but the restaurant and entertainment venue on Decatur Street is still working on a plan to bring that back.

“Right now, the live music piece is a pretty significant challenge because there’s not a lot of guidance around that element,” said Ivy Robinson, director of sales at BB King’s. “With guest safety and staff safety being the most important components, we’re focusing on the dining experience and trying to make sure that we’ve got that really nailed down before we try to incorporate live music.”

BB King’s opted to extend their reopening timeline to better prepare their staff with a new set of standard operating procedures. The restaurant is planning to open its doors to diners on September 1, at whatever capacity is allowed at that time.

“We’re lucky to have a lot of space to use,” Robinson said. “We also have more of an open-air element in the sense that we can open up all of the windows and doors on the Decatur side. We’ve also got a French Market entrance, and we have a nice expansive balcony, so we can spread things out and make sure that everyone is comfortably distanced.”

Robinson’s primary focus prior to COVID-19 was events — the location hosted convention, corporate and wedding rentals. Most of those have been canceled, but not all — and Robinson said she’s seen some interest in holiday bookings later in the year.

“I think our procedures are going to be changing a good bit certainly from what they were,” she said, “but, really, right now is just managing expectations and making sure our communication with the client and with the guests is very clear about what is expected so we can make sure that everybody is as safe as possible.”

As for what the future looks like, Zackin, Gottlieb, Riccobono and Robinson all say they’re hopeful that business will eventually return to normal. In the meantime, flexibility is key — managing expectations, putting one foot in front of the other, and prioritizing safety for staff and customers. 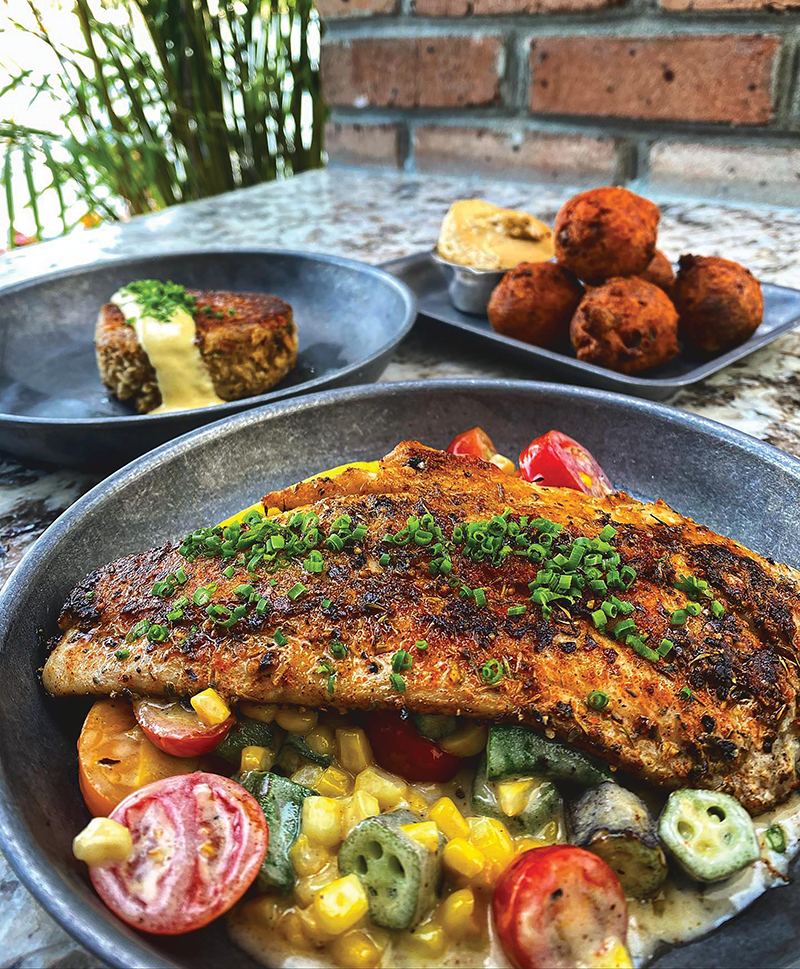 As of mid-July, Sala had brought back most of their dinner and brunch hours but was still not open for lunch. (right) The Anchor at Tchefuncte’s opened June 26 on the riverfront in Madisonville.