A Slice of Heaven

Looking for the best pie to serve this holiday season? Windowsill Pies continues to prove itself a local standout. 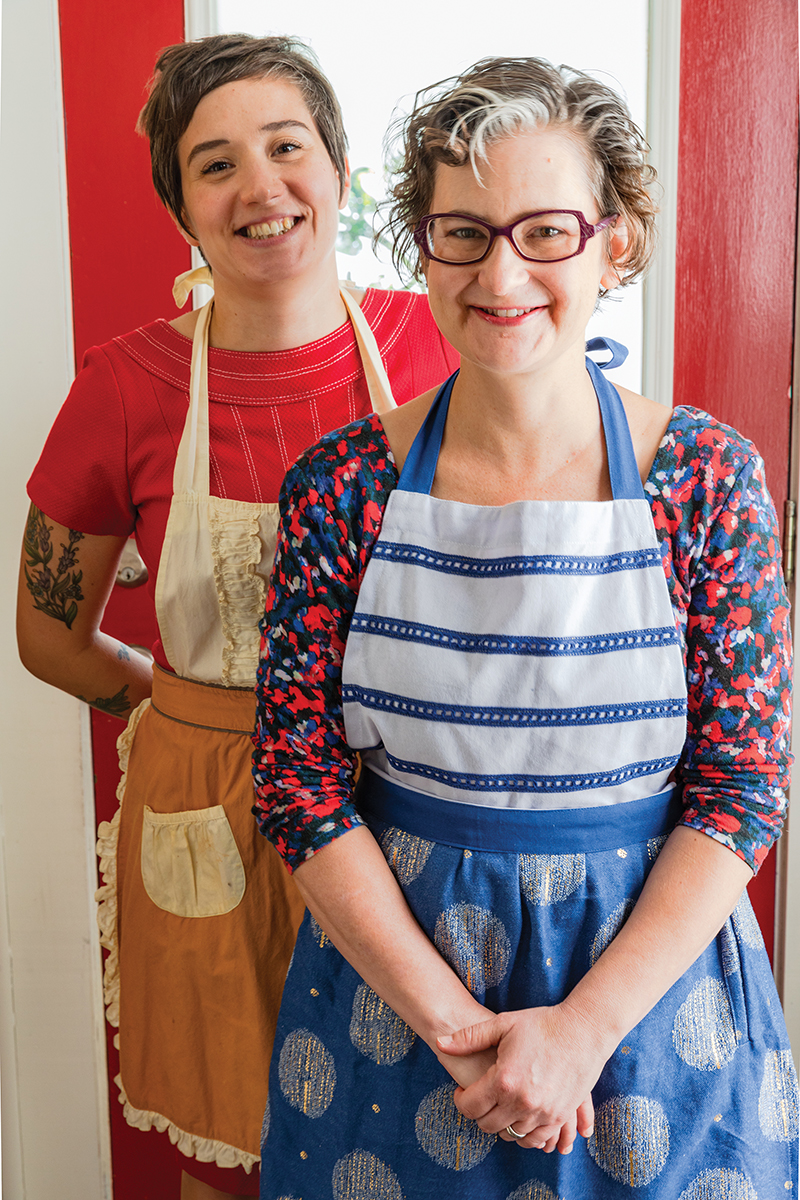 Nothing tops off a great Thanksgiving or Christmas feast like a beautifully made pie, so who makes the best in Southeast Louisiana? According to Broadway at least, it’s a two-women-powered local company called Windowsill Pies.

Before last summer’s production at the Saenger Theatre of “Waitress”—which tells the story of a waitress and expert pie maker—the Broadway show invited local companies to offer up their “most whimsical pie recipes” to compete for the title of “Official Pie of Waitress New Orleans.” In true underdog fashion, Windowsill Pies beat out both Gambino’s Bakery and Haydel’s Bakery to secure the honor with its Lazy Summer and Strawberry Cream Pie. The recipe was inserted into all of the show’s cookbooks sold during the New Orleans engagement, and a mini version of the pie was sold at the Whole Foods Market on Veterans Boulevard.

Since then, Windowsill Pies also won $10,000 and the title of “Best Chinese New Year Pie” on an episode of Cooking Channel TV’s “Sugar Showdown” (which will air again on Nov. 15).

And now, these proficient piemakers are on the move. Nicole Eiden and Marielle Dupré have been working out of a commercial kitchen on Octavia Street since 2011, but Windowsill Pies will soon open its doors at a new permanent home at 4714 Freret St. Eiden hopes the move will not only make their creations available to an even-wider customer group, but will allow the team to expand selection and hire a staff.

Not surprisingly, fall and winter are the company’s busiest times of year, although during spring and summer, hand pies and specials are often added to the rotation, creating a get-them-while-you-can following among customers.

“Thanksgiving is our busiest time of year, followed by Christmas,” Dupré said. “During those two months we sell close to 1,000 whole pies, and that doesn’t even include all the hand pies we sell wholesale to every French Truck Coffee location.”

In addition to French Truck locations, Windowsill Pies are also currently sold at all New Orleans-area Whole Foods Markets, as well as on the company’s website, WindowsillPiesNOLA.com.

“Our menu has always been seasonal, and we’re looking forward to having the ability to expand on that seasonality once we open our own place,” she said. “We’ve had part-time seasonal help in the past and are looking forward to making our first real hires for Freret Street in the coming weeks.”

Inspiration for the ever-changing selection of pies comes from traditional New Orleans recipes.

“In general, we keep five savory and five sweet pies of varying sizes and formats on our menu at all times,” said Dupré. “We draw inspiration from our city and its heritage. Vanilla Bean Bourbon Pecan Pie [is our most popular]. It stays on our menu year-round as our signature pie, and uses lots of Louisiana ingredients: pecans from New Roads, honey from Ponchatoula’s Best, and Steen’s cane syrup instead of corn syrup.”

For Eiden and Dupré, one of the biggest challenges of running their own business has been finding a place to create their product.

“Real estate has always been our biggest challenge,” Eiden noted. “Looking back, one of our toughest barriers to growth was finding an affordable commercial kitchen. We were lucky to eventually find one after a few years in business, and it really allowed us the latitude to work when we needed while not crushing our budget. Unfortunately, there is still a lack of such affordable kitchen space for startup culinary business in New Orleans. More recently, in order to grow and realize our brick-and-mortar vision, we discovered that finding the right location at a price that fit into our business plan was a long process.”

Keeping the business growing has taken the careful skills each woman learned on the job in restaurants and, for Dupré, in culinary school.

“We both felt frustrated and limited in the restaurant positions available to us and the career paths those would lead to,” Dupré said. “We were craving a creative, artistic outlet that would both provide us with a satisfying immediacy and strengthen our connections to our community. We wanted to harness the spark we’d always had as long-time friends, combining our shared values and diverse creative styles with our passion for baking.”

Combining recipes and baking talents, both Eiden and Dupré, who met as servers in an Uptown restaurant, bring a specialized menu of skills to the business.

“We have a diverse combination of baking experience and restaurant business sense,” Dupré said. “Marielle graduated from California Culinary Academy with a degree in ‘baking and pastry’ over 10 years ago and has worked as a baker and pastry chef in many restaurant and hotel kitchens in the years since, both in San Francisco and back home [here] in New Orleans. [I have] worked front of house in restaurants most of my life. [I feel I am] also the creative heart of the company.”

A startup plan came together organically, with the basic structure put together on the fly, according to Eiden.

“We didn’t begin from day one with an actual business plan in place. Once we decided our goal was to open our own place, we did begin putting one together with the help of a few local mentors,” she said. “The process of getting the business plan to where it is today helped us answer the important questions we hadn’t even realized we needed to ask. It has been an evolving document.”

Marketing has also played a key role in the success of Windowsill, a task the owners took on themselves, with an emphasis on capturing the uniqueness of their product, and connection to the local culinary heritage they embrace, according to Dupré.

“We wear many hats as owners. Prioritizing professional food photography has been important for us,” she said. “Nicole has taken the lead on social media, which is our main marketing platform. We like to highlight our local ingredients and show the handmade nature of our process. We also send out seasonal email newsletters, which have proven effective for us. Finally, we try to say ‘yes’ to collaborations—we always enjoy working with others both in and out of the industry, from Paradigm Gardens to Mid-City Open Studios and everything in between.” 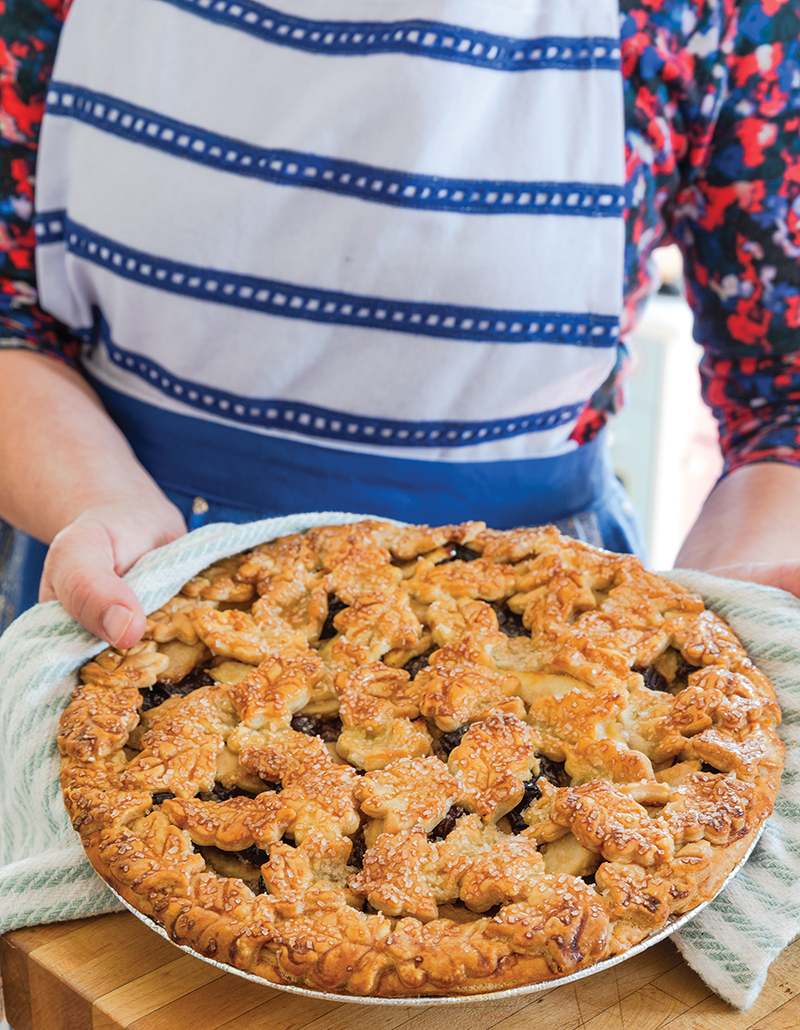 Windowsill Pies’ menu varies from season to season, with a selection of both savory and sweet pies and hand pies that incorporate locally grown and sourced ingredients 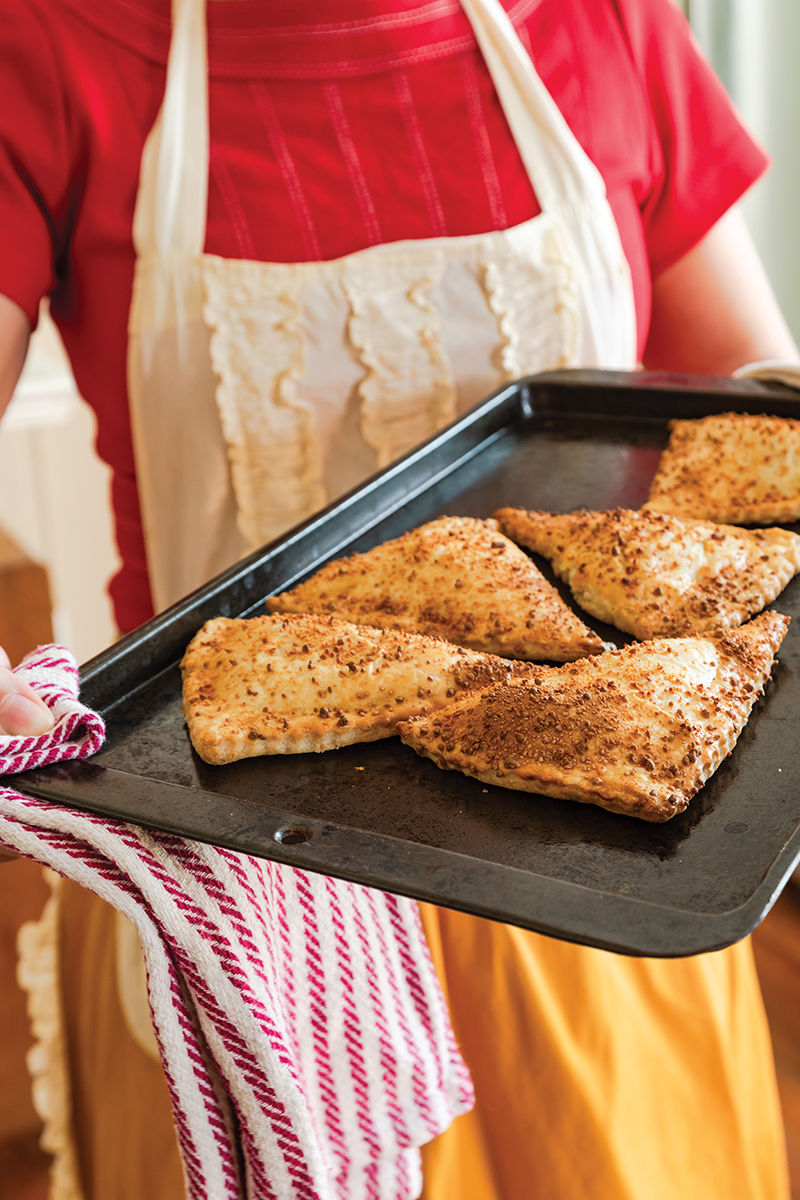