Joy Theater to show off its new look this month

It was the start of the Cold War, Howard Hughes’ Spruce Goose was taking to the sky, a UFO had allegedly landed in Roswell, New Mexico, and a gallon of gas cost $.15 a gallon. Meanwhile, in New Orleans, in the year 1947, the brand-new Joy Theater celebrated its grand opening with a showing of the film “Lover Come Back,” starring Lucille Ball and George Brent.

The Joy quickly became known as the premier affordable motion picture house in the region.

“It was kind of the Woolworths of movie theaters, explains Andrew Portwood, general manager of the Joy. “If you’ve been to the upstairs bar area, that used to be where they had a baby crying room. Parents could take a child up there if needed.”

The Joy served as a movie theater until 2003, when it was sold and its doors were closed.

“In 2011, with the help of historic tax credits, the theater was reopened,” says Portwood, “but now as an entertainment and concert venue.” The theater was now under the care of local contractor Allan McDonnel, hotelier and real estate developer Joe Jaeger and businessman Todd Trosclair.

For the past eight years, the 1,200-seat theater has played host to a wide array of musical entertainers, including Dr. John, Rick Springfield and Grateful Dead bassist Phil Lesh, as well as comedians like Louis C.K., Fred Armisen and Mark Maron. The Joy has also been a popular event space, hosting pre-season screenings of HBO’s Game of Thrones, the New Orleans BioInnovation Challenges and various corporate trainings and events.

Time, however, has taken its toll on the 11,000-square-foot building and it has been due for a facelift for some time. Its neighbors have all had work done fairly recently.

Work at the Joy began in December and has included new wall treatments and lighting, updates to the green room and a new curtain track that will enable the venue to be separated into multiple spaces.

“GoodWood NOLA is redoing the lobby, theater and upstairs bars,” says Portwood, “and I have worked with Colin McQuilkin (a local lighting, video and set designer) to create a brand-new proscenium.”

Portwood says the goal of the renovations is to transform the Joy into “more of a New Orleans venue than an old school theater,” meaning acoustics had to be part of the upgrade.

“We’ve had multiple tours come through and say we’re one of the best-sounding venues in the Southeast,” he says. “And now we’re putting in a D&B Audiotechnik Vi8 Line Array Sound System, which is world-renowned.”

The first chance for the public to get a look at the new $200,000 update to the Joy will be at the grand re-opening April 9, but if you miss that, the Joy will once again be a hot spot during Jazz Fest. 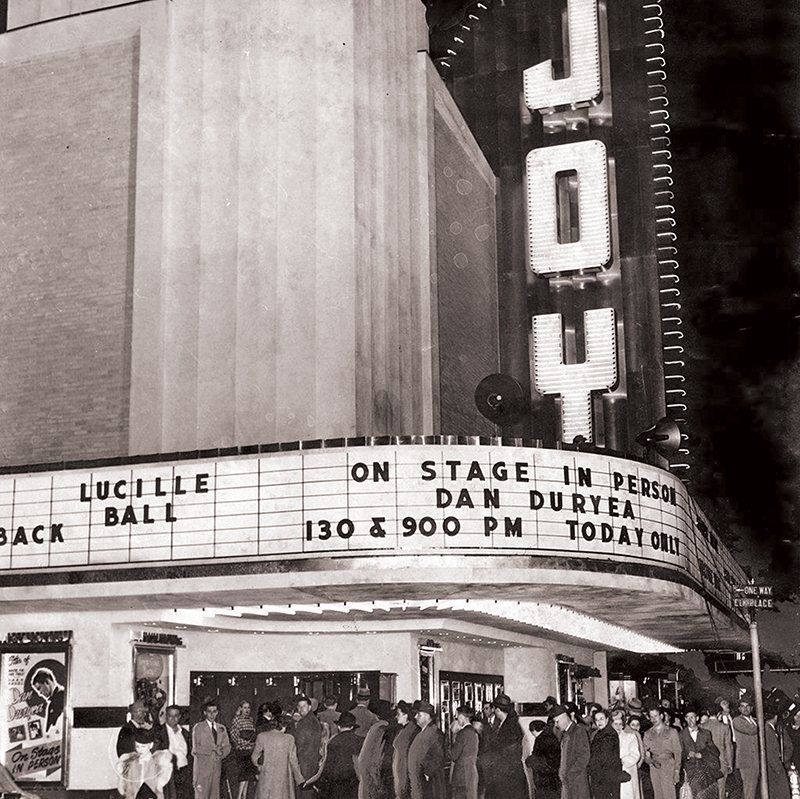 One of New Orleans’ treasured theatrical institutions, The Joy Theater will be fresh off a $200,000 renovation just in time for Jazz Fest this year.