A Light in the Darkness

Lighthouse Louisiana provides the visually impaired with jobs and hope.

When a group of businessmen came together in 1915 with the primary goal of providing meaningful employment for the blind, one of the first things they settled on producing was sturdy brooms.

“We even translate documents into braille,” says Anthony Gonzales, braille coordinator for Lighthouse Louisiana. “We do taxpayer forms, menus for restaurants and we just did the Jazz Fest brochures.”

Lighthouse Louisiana’s services have grown to include the visually impaired, hard of hearing and deaf, and individuals with other disabilities. Each year, approximately 12,000 services are provided to more than 1,200 adults and children with disabilities in Southeast Louisiana.

The organization ships more than 6,000 orders each year to federal and commercial customers, produces about 43,200 cups in a single hour, makes products for U.S. military worldwide, and has service contracts with the Veterans Administration and the Internal Revenue Service.

“The federal government is our largest customer through contracts with the General Services Administration, Defense Logistics Agency, and relationships through federal dealers and military base stores,” says Stephanie Benedetti, vice president of sales and marketing.

The Lighthouse Industrial Manufacturing program is designed to create competitive employment opportunities for people with disabilities, provide a training ground for learning job skills and educate the sighted community about the exceptional level of performance that can be achieved by people who are blind or visually impaired.

Lighthouse Louisiana takes pride in its employees’ abilities to not only operate industry standard equipment, but to do so with precision and efficiency that allows them to be price competitive.

With training and the aid of job coaches, Lighthouse clients can do almost any job a business might need.

“Lighthouse Louisiana encourages businesses seeking to diversify their workforce to partner with us and create a bridge to employment for people with disabilities,” says Executive Director Renee Vidrine.

“I love this job because of the people,” says Sibyl Mikell as she cheerfully prepares bright yellow sponges to be vacuum sealed. Legally blind, Mikell has been with Lighthouse for 35 years.

With the revenue generated by Lighthouse’s social enterprise and its powerful economic engine, the organization provides a multitude of services that help individuals regain and maintain their independence.

If someone’s vision is changing but ophthalmalogists can’t offer further treatments, Lighthouse steps in to help. Its Low Vision Clinic helps people cope with and maximize their ability to use their remaining vision. The clinic is staffed by occupational therapists who help patients maximize their remaining vision through the use of magnification, visual aids training and adaptation.

Through its New Vision Program, Lighthouse provides hands-on assistance to help people develop the basic adaptive techniques necessary to function independently with vision loss. Skills taught include things like meal preparation, money management and home organization. The organization also introduces clients to useful gadgets, such as a glass disk that, when placed in a pot of water, begins to rattle when water is boiling.

Otistein Johnson lost her sight due to complications from diabetes several years ago and suffered a deep depression until she completed New Vision’s training.

“This program made me live again,” she says, tears in her eyes. “I can do everything now. My life is renewed. I am just so thankful.”

Former WWL-TV weatherman Carl Arredondo, who was recently diagnosed with a rare genetic disorder called Retinitis Pigmentosa, is also adjusting to his vision loss. Arredondo was already serving on the organization’s board, but he’s now looking forward to raising awareness of his particular disorder, issues surrounding vision problems, and offering sensitivity training to businesses. He’s also going to begin training to become a certified Orientation and Mobility (O&M) instructor. O&M helps those who are vision impaired develop the skills needed to travel safely and independently within their homes and communities.

“I left one passion for a new passion,” he said.

Lighthouse also offers programs for high school youth, including individuals who have cognitive and learning disorders, have limited levels of speech or are non-verbal.

“Some of them may never work, but that doesn’t mean they can’t improve and increase their independence,” said Victoria Perodin, one of the program’s trainers, who shared a story of a student who had always been kind but had never really spoken much. “Finally, after five months of training, he addressed me by name and verbalized that he wanted me to come to see his work. I wasn’t even sure he knew my name. He high-fived me after I told him he’d done great on that task I assigned him. From then on, he always greeted me by name.”

“When people who are vision impaired, blind, deaf or have other disabilities first arrive at Lighthouse Louisiana, they come with different talents, skills and abilities,” said Benedetti. “Most often, all they lack is hope. The person who has hope has the confidence that goals will be achieved and a set of different strategies in hand to reach their goals. Put simply: Hope involves the will to get there and different ways to take advantage of the opportunities that others take for granted. Lighthouse Louisiana gives so many that hope so that they can continue to live independent lives.” 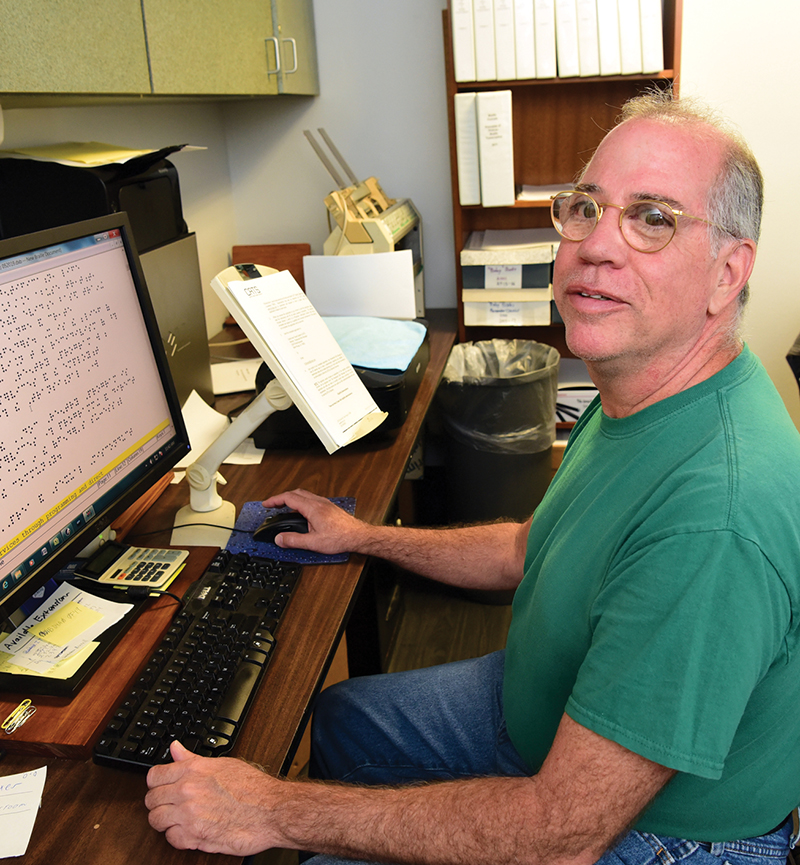 SPRING A putt-putt tournament is held every spring at City Putt in City Park. Designed for all ages, players who are not visually impaired wear blindfolds while playing. Hole sponsorship opportunities are available.

FALL Held every fall, Light Up The Night includes food, cocktails and dancing in celebration of Lighthouse’s patrons. Sponsorships are available.

WINTER This year Dining in the Dark is on November 7 at the LSU Conference Center. This unique event includes live music, an auction, cocktails, food and spirits with the option to participate in blindfolded tastings. Tickets are $100 per person

12,000 services are provided annually to more than 1,200 adults and children with disabilities in Southeast Louisiana

4,781 services in rehabilitation, education and occupational therapy were offered to persons with disabilities in 2018, including those who are blind, vision impaired, deaf or deaf/blind,

A Musical Renaissance in the Birthplace of Jazz