A House of Hope 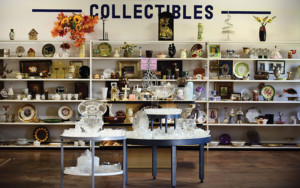 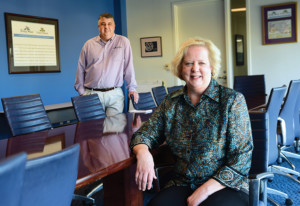 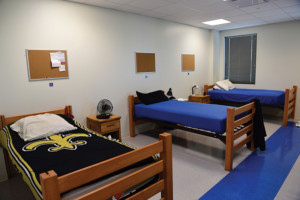 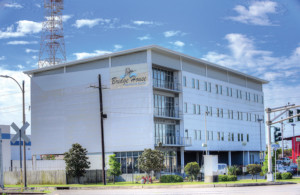 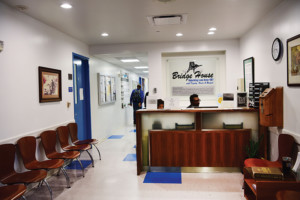 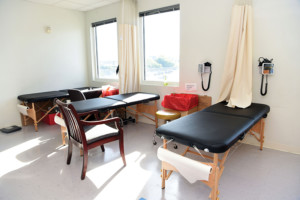 It was only by the grace of God that I didn’t kill anyone or myself when I drove home from bars… I gave up hope of ever becoming sober… I decided to drink myself to death…Addiction is a hell I wouldn’t wish on my worst enemy. I was lost and exhausted.

These are just a few of the voices of the 23.5 million Americans addicted to alcohol and/or drugs.

In New Orleans, there is one organization that has been helping individuals battle addiction for more than 60 years — Bridge House/Grace House (BH / GH).

When it began as a grassroots effort in 1957 on Camp and Julia streets, BH/GH had only five beds; now it has 154 licensed beds and treats more than 800 individuals every year through a facility for men on Earhart Boulevard and two women’s facilities on Delachaise and Camp streets.

A GOOD MATCH FOR COMPANIES WHO…

Have an interest in working with efforts to support sobriety and decrease criminal activity throughout the region.

“On any given day, when an addict enters through our doors, there is hope because on that day they come to find and begin a new life in recovery and sobriety,” said Else Pedersen, chief executive officer of BH / GH.

This organization not only helps addicts, it also helps the community. According to the National Institute on Drug Abuse (NIDA), abuse of tobacco, alcohol and illicit drugs is costly to our nation, exacting more than $740 billion annually in costs related to crime, lost work productivity and health care.

“If it wasn’t for us, the city’s problems would be much bigger, said Kevin Gardere, executive director of development. “We offer a safe place to stay, treatment, job training, resources and a strong support system – all without shame or stigma.”

“I wasted my youth,” said Andy Trombatore, who’s been in recovery several years. “I tried to quit so many times, I just couldn’t figure it out. Then, I came to Bridge House and I told them I needed help and they didn’t put me on a waiting list. I began the work right away. I call it Recovery University because I learned so much and grew so much.”

BH / GH provides gender-specific, long-term residential treatment to individuals regardless of their ability to pay. Unlike other national recovery programs that rely on federal funds, 85 percent of Bridge House’s funding is self-generated through enterprising outlets such as its two thrift shops (one in Orleans Parish and one in Jefferson Parish). The New Orleans thrift shop location also features a used car lot, full of refurbished donated cars.

These programs do more than generate funds, however: they help transition many residents back into the workforce.

Along with the organization’s social entrepreneurship, they do what so many nonprofits do, they write grants and solicit donors for contributions.

“My job is easy,” said Gardere, “because, not only do I totally believe in what we do, but it’s simply not a hard sell because people understand that addiction is evasive and people want to help in honoring and helping their friends, family and community.”
BH / GH also offers a wide variety of fundraising events such as: Cochon Cotillion, Fore! Recovery Invitational, Recycled Fashion Show and the Mr. Legs competition, which features male contestants strutting their stuff in costumes and shorts in order to win the coveted title of “Mr. Legs.”

For the past five years, Michael Zarou, an agent with Latter and Blum, has been a prodigious Mr. Legs contestant. He’s won the title twice, came in second three times, and has raised $40,000 for the organization.

“I’ve seen and known many people who have graduated from the program, people who are now living successful lives,” he said. “Raising the money for the program is rewarding, and it gives me an opportunity to be a big ham on stage.”

BH / GH specializes in working with the most chronic abuse cases, providing thorough counseling and addiction treatment that follows the individual through each stage of their journey.

“We know it’s difficult staying sober,” said Pedersen, “so we also help clients with such things as learning how to face the challenges of everyday life, including things like deaths, anniversaries and birthdays. It’s about retraining them to develop happy, healthy habits.

“It takes a lot of courage to pass through our doors,” she added, “but we are dedicated to rebuilding lives for men and women with honor, dignity and respect. Recovery works!”

Else Pedersen, BH / GH CEO.  Like many others on the organization’s staff, Else Pedersen was once a Bridge House client. In 1992, after drinking away a thriving business, she found herself unemployed and out of money. After three months of recovery, Pedersen began working for the organization in its thrift shop operations and eventually went on to earn an MBA.

Andy Trombatore. “I wasted my youth and ran out of couches,” said Andy Trombatore. “That’s when my sister recommended I come to Bridge House and it became my boarding school.” Trombatore worked the 12-step program and now owns his own business, Bokah Bikes, where he repairs vintage bikes and sells bike supplies and used bikes. He returns often to support clients with their journeys.

Mission: The mission of Bridge House / Grace House is to provide gender-specific treatment to men and women who have become dependent on alcohol or drugs so that they may lead sober and productive lives.  Long-term residential services are offered in an atmosphere that promotes dignity, honor and respect. These services are available regardless of one’s ability to pay.

More than 15 contestants will compete for the coveted title of Mr. Legs by entertaining the crowd with their costumes and performances set to music. The title is awarded to the contestant who raises the most funds for Bridge House / Grace House. The event includes food, a bar, silent auction and raffle.

Whether you are in recovery, know someone who is, or simply want to support the recovery process, everyone is invited for a community celebration of this lifelong journey. March for Recovery features inspirational speakers, a memorial ceremony, music, free food and refreshments.

Local businesspeople are invited to take some time off from the busy work week to hit a few strokes, eat some delicious food, and compete for high-end prizes. This scramble-format golf tournament features lunch (as well as food on the course) drinks, an awards party and auction.

of women had employment income.

of women had stable housing situations.

of women reported having involvement in social/recovery support activities.

of women used drugs or alcohol.

of women had employment income.

of women are in stable housing situations.

of women reported having involvement in social/recovery support activities.