A Good Kind of Fall

Worker’s compensation rates in Louisiana have dropped by more than half in the past 20 years.

When Louisiana Insurance Commissioner Jim Donelon talks about the state’s workers’ compensation insurance rates, he quotes the statistics as happily as a new parent recounts his baby’s height and weight: Rates have gone down more than 50 percent in the state over the past 20 years. In 2014, they were reduced 5.1 percent, and were lowered an additional 2.4 percent for 2015.

Donelon credits the improvement in part to a strong push for workplace safety, rather than to new laws. “We’ve seen very little in the way of additional legislative reform, after a plethora in the ’80s and ’90s,” he says. A voluntary survey by the U.S. Bureau of Labor Statistics showed that among 41 states and the District of Columbia, Louisiana had the second-fewest nonfatal injuries and work-related illnesses.

That improvement is all the more remarkable given the number of high-risk jobs Louisiana’s workers perform in oil and gas exploration and at chemical plants, Donelon says. 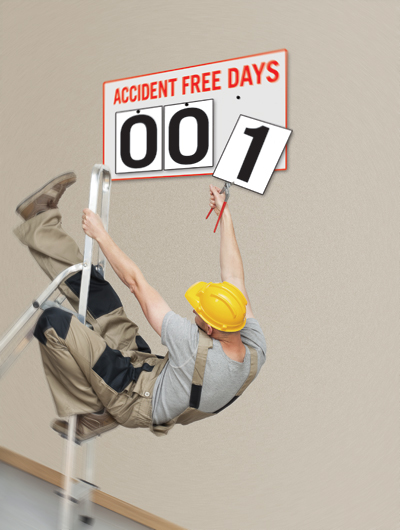 Despite a prevalence of high-risk jobs, Louisiana had the second-fewest nonfatal injuries and work-related illnesses among 41 states surveyed by the U.S. Bureau of Labor Statistics.

Workers comp rates are set by the National Council of Compensation Insurance, a central reporting agency. The best way for a company to lower its premium is to decrease the number of claims, says Mark Tullis, administrator at LCI Workers’ Comp in Mandeville. The problem usually isn’t one or two extremely expensive claims, he says. “It’s a frequency issue.” When rates go down, it doesn’t mean that every company’s premiums drop. Each company’s rates are adjusted to take into account the claims history. So employers who take steps to limit the number of accidents at work get the most benefit from lowered rates.

Tullis also credits increased education on the problems drugs can cause in the workplace. He says drug-testing programs have reduced the number of drug-related accidents at work, both in Louisiana and nationally.

A carrier who doesn’t teach and promote safety can’t succeed long term, says David Bondi, chief executive of LUBA Workers’ Comp in Baton Rouge. Many of his company’s 4,000 policyholders are small or medium-sized businesses, and they can’t afford to hire safety directors. They depend instead on safety education provided by their carriers.

Louisiana’s workers’ comp market also gets a boost from the number of carriers headquartered in the state. “Domestics keep the market stable,” says Mike DePaul, COO of LUBA. “Big nationals go in and out of the market [but] we are pretty steady.”

“In the past decade, we really did have lower and lower rates because of competition between carriers,” Bondi says. “When you do only workers’ comp, and primarily in Louisiana, you know what you’re doing,” he says. (LUBA has expanded, geographically, and now offers workers’ comp insurance in Mississippi, Arkansas and Texas.)
Domestics also help grow the state’s economy, Tullis says. “Most of the premium stays here,” he says, noting that local companies also tend to be big supporters of the agency system, advertising in agency publications and sponsoring agency events.

Most of the companies LCI insures are small businesses, and they benefit from having so many insurers bid on their business, Tullis says.

In the 1980s, the Louisiana’s workers’ comp market was in crisis. A paucity of strong carriers, coupled with problems of fraud and waste, meant employers had trouble finding the coverage they needed. In 1991, the state created a state fund, Louisiana Workers’ Compensation Corp. (LWCC), as a “carrier of last resort.”

Around 20 state funds exist in the U.S., each with its own characteristics, says John Hawie, LWCC’s senior vice president and chief strategy and investment officer. In South Dakota, for example, the state fund writes 100 percent of the workers’ compensation business.

Today, LWCC is the state’s largest carrier. A mutual company, it is owned by the policyholders. In the past 10 years, the company has paid out more than $300 million in dividends to its policyholders, says Jeffrey Skaggs, senior vice president of policyholder services and agency relations. LWCC is obligated to take any applicant, such as a fireworks manufacturer, who might have difficulty finding coverage elsewhere. Since 1991, LWCC has lowered its rate by 55 percent, Skaggs says. Like other carriers, the company helps its clients post favorable safety reports. It has a safety trailer that tours the state, visiting LWCC’s larger clients.

One health trend that could affect workers’ compensation rates is the country’s rising problem with obesity. About one-third of American adults are obese, and the American Medical Association has classified obesity as a disease. Insurance experts say that could mean people with primarily sedentary jobs, such as office work, could file workers’ comp claims, saying that their workplace is contributing to their disease of obesity. In addition, obese workers who sustain work-related injuries can be more expensive to treat, which will push up healthcare costs overall.

Employers can ward off these complications by offering their employees free or discounted gym memberships and by providing healthy choices at company cafeterias and vending machines. 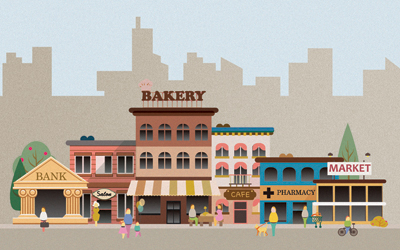 Rates for workers’ compensation insurance in Louisiana were lowered by 5.1 percent by the National Council of Compensation Insurance for 2014. Rates will dip another 2.4 percent in 2015.

Fewer claims have made Louisiana second-best among 41 states and the District of Columbia in rates of nonfatal work-related injuries and illnesses, according to a survey from the U.S. Bureau of Labor Statistics.

In 2013, the arts, entertainment and recreation industry saw a decrease of 2.4 incidents per 100 full-time workers from the previous year. Other sectors also improved:

• Transportation and Warehousing – down 0.7

An Ounce of Prevention

Reducing the number and severity of work-related injuries helps keep workers’ compensation rates down. The Louisiana Workforce Commission, which oversees workers’ comp in the state, has drawn up this list of steps employers should follow to ensure safety at work:

• Employers should write a policy stating their commitment to following a safety plan.

• The safety plan should detail who is responsible for safety procedures at the workplace.

• Employers should hold quarterly safety inspections and compile a report of the results.

• Any job-related injury requiring medical attention should be investigated promptly.

• Each employee should receive a copy of the company’s safety rules.

• Each new employee, or current employee with a new job or new equipment, should receive safety training.

• Companies should keep safety records for the required number of years.

• Each work site should have a first aid kit and an employee trained to render first aid.

• Companies should have a written emergency preparedness plan in case of fire, chemical spill or other disaster.