Virtual reality, or VR, used to be something people only saw in movies or read about in sci-fi novels. But immersive virtual reality technology is now a part of work and play for many people -- and businesses -- throughout the New Orleans area and the United States as a whole.

INDUSTRIAL USES
In the industrial sector, VR technology can make training for dangerous jobs a lot safer and increase the odds the trainees will safely operate the equipment once they are using the real thing. It’s like using a flight simulator, but for industrial equipment. Local companies like the Metairie-based Kinemagic are leading the way in providing this technology to businesses.

“You can allow people to prepare for dangerous activities without the risk of harm to themselves or equipment,” said Brian Lozes, founder and CEO of Kinemagic.

Kinemagic’s Stratus software can also help businesses while they plan construction projects. Lozes used the example of a homeowner. The homeowner has a house designed and built. But after six months of living in the house, they notice they would have liked it more if one wall had been a few feet to the left (or any other cosmetic change). If they want to follow through with that change after the house has already been built, that is a very expensive task.

However, if the homeowner could look at an immersive simulation of the house before the construction company broke ground, they would have a better chance of spotting something they don’t like than if they were just looking at plans on paper.

Lozes said the same principle applies to buildings and industrial complexes. For example, refineries are maze-like in structure, and any mistake in the construction of it, no matter how small, can be costly.

Site inspections and trainings at industrial sites also become cheaper thanks to VR. If someone is training to operate equipment on an oil rig in person, they would need to drive to the Gulf Coast then take a helicopter ride to the rig. A stakeholder in a city across the country (or world) would have to fly to New Orleans before those steps. But with VR technology, a worker can save time and travel expenses.

“Instead of you going to the field, we’ll take the field to you,” Lozes said.

How is the virtual model created? Lozes said the Stratus software uses a combination of 3D models, drone footage, and laser scans. He said Kinemagic has also worked with automotive manufacturing plants and utilities departments.

Lozes, a River Ridge native, said he hopes to lower the barrier for entry to customers in coming years because greater access means a bigger win for individuals, businesses, and Kinemagic itself. So far, he said the feedback has been positive at all levels.

“Our products seem to have connected with our customers from the bottom up,” Lozes said. 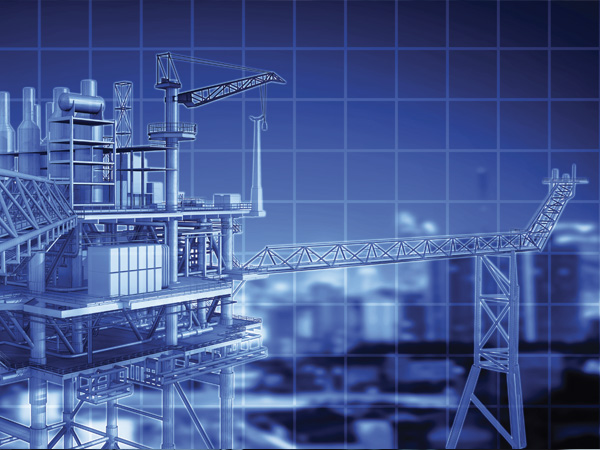 GAMING
The industrial sector isn’t the only area where VR technology is taking root in the Greater New Orleans area. Striker VR is a virtual reality gaming firm located in New Orleans’ Warehouse District. Its co-founder and chief business officer Martin Holly, working in concert with his co-founder and Striker CEO Kyle Monti, is bringing this technology to the Crescent City.

“Virtual gaming is still in its early days, but there’s a lot of excitement here,” Holly said.

Striker VR was created as a subsidiary of HapTech, which was founded by Holly and Monti in New Orleans in 2014. Part of HapTech’s early work involved creating mock weaponry for military and law enforcement so they could get a sense for the weight and recoil of a real weapon while training.

Holly and Monti’s ambitions are to get video gamers off the couch with their technology. Gamers would use what Striker calls a “blaster,” which is basically the VR controller. Users would get visual and audio effects from the headset, and haptic effects (feel, touch) from the blaster.

This technology could then be put to use in active VR games where the users play in an immersive environment while also physically exerting themselves. Holly said basketball arenas are underutilized for much of the year and could house VR gaming nights and tournaments. A VR shooter game would require a significant amount of space for users to operate in, sort of like a laser tag arena but on a larger scale.

Striker’s future plans involve setting up their Mavrik blaster as a location-based entertainment product. People who own their own blasters can bring it to a gaming area (think theme parks or places like Dave & Buster’s) or visit these locations and rent a blaster of their own the same way people can rent ice skates at an ice-skating rink. Eventually, the goal for Striker is to get more people owning their own blasters instead of renting them.

Holly believes if New Orleans can serve as a hub of virtual reality innovation, the surrounding area could benefit in a variety of ways. Additional jobs in engineering and manufacturing could be created in the city as a result.

“If we can invent things and create a culture of invention, we can own the downstream effects, too,” Holly said.

TRAINING AND EDUCATION
Training people to become more conversant with immersive VR technology will become increasingly important in the coming years. This is partially because the technology itself will become more dominant and also because many workers whose fields are shrinking or disappearing will need to find new work. Unity, a company that makes a platform (also called Unity) for real-time 3D creation, is working to reskill and upskill workers.

“We’re seeing first-hand a world where architects, engineers, designers, artists, and more are required to use new technologies to do their jobs,” said Anuja Dharkar, senior director for academic and nonprofit solutions at Unity.

Dharkar used the healthcare industry as an example. She said physical therapists are now helping young patients complete exercises in augmented reality. She also added that the automotive industry is using virtual reality to design and build new car models.

As a result, Unity partners with higher education institutions to teach people how to use this new technology. One example is a recent partnership with the University of Miami to create the XR Garage (XR means “extended reality”). The program trained 30 students in Unity and created an AR medical visualization application currently used by surgeons.

“For students, this means they are learning the technical skills needed to compete in a highly competitive job market. For educators, who may not be well-versed in teaching immersive technology, we provide training programs to give them the confidence and skillset to teach students how to use Unity,” Dharkar said.

In addition to partnering with educational institutions, Unity also hopes to partner with government organizations to provide critical skills for workers looking to learn a new profession.

“By upskilling local talent pools, it creates a sustainable flywheel where talent is grown in a community, which creates economic growth for that community,” Dharkar said.