A Different Kind of Green Wave

As the demand for plant-based dining continues to grow, so do new restaurant offerings with no meat in sight. 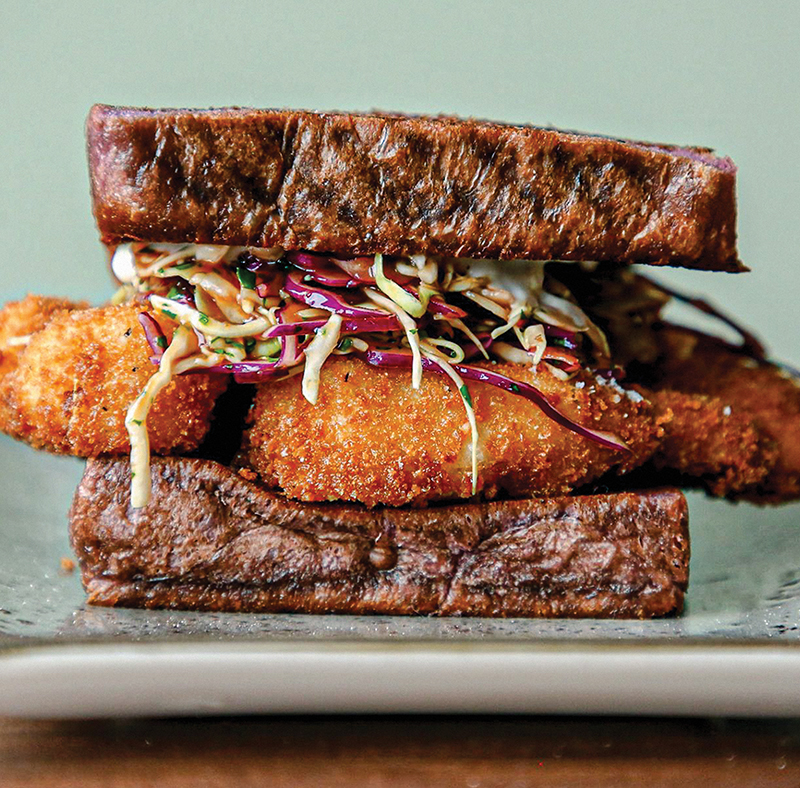 Are you a restaurant looking to appeal to a larger customer base, including millennials? Consider vegetarian and vegan dining options.

Even before the launch of the Impossible Burger and the current issues surrounding meat-processing plants in the age of COVID-19, vegetarian and vegan eating was on the rise. According to a report by GlobalData, the number of people identifying as vegan in the United States grew from 1% in 2014 to 6% in 2017 — a 600% increase.

As such, it’s not surprising that while dreams of a fresh, crunchy salad or unbuttered vegetable once seemed elusive in this city, now, vegan and vegetarian options abound across the city.

Ethical arguments of animal consumption aside, there is much hard science that supports the health benefits of a plant-based diet.

A vegetarian diet reduces the risk, and in some cases, reverses the severity of high blood pressure, heart disease, diabetes and some cancers. A 12-year study conducted by Oxford University, published in a British medical journal, revealed that on average, vegetarians outlive meat eaters by six years.

The following are a few local plant-based dining standouts.

Heads turned recently when the trio behind District Donuts, Sliders & Brew — childhood buddies Aaron Vogel, Chris Audler and Stephan Cali — took a 180-degree turn with the acquisition of vegetarian restaurant Seed. Originally opened in 2014 by Edgar Cooper, Seed reopened at 1330 Prytania Street in the Lower Garden District in January 2020 with an expanded footprint and a stylish cocktail and coffee bar.

The menu presents food authentically, with no “faux” illusions. Despite a visual reminiscent of fried soft-shell crab, the kelp poor-boy is just that – seaweed! The meaty cauliflower katsu is a thick fried steak of the ivory vegetable, served on purple-yam milk bread.

Asked what precipitated the move from doughnuts and burgers to a plant-based concept, Vogel said that as District expanded out of state, the partners were titillated by the delicious plant foods they discovered elsewhere. With the philosophy that hospitality is at the core of their business, they were eager to dispel local diners’ preconceived notions of meatless dining, while introducing the next generation to a tasty alternative.

“My teenagers love the food and my 60-year-old dad, who never ate vegetarian before, says he can’t stop coming back because it just tastes so good!” Vogel reported.

Maxwell E. Maxwell is founder of Max Well, a sunny café on the corner of Magazine and Webster streets. Maxwell came to New Orleans as a Loyola University music student and stayed on to work in the local music industry. After years of grabbing late-night meals after gigs resulted in chronic acid reflux, Maxwell said he began to experiment with healthier meal choices. The results of his dietary changes were so dramatic that he further explored the topic, taking night classes in nutrition at Tulane University. Maxwell later opened Max Well in December 2017.

With a focus on bowls and salads, the café’s menu also includes favorites like lasagna made with a crumbly, meatlike combination of chopped mushrooms, lentils and walnuts, layered between sliced sweet potatoes. Max Well’s menu is filled with international flights of vegetarian fancy, with a classic French crepe encasing Greek salad, vegan cheese and Spanish chorizo with black sesame tofu.

After spending more than 20 years living the vegan lifestyle, owner and first-time restaurateur Caroline Nassrah joined forces with manager Aimee Herrmann to create Kindred, a vegan restaurant that opened Uptown in January 2020. The menu is designed for college cravings, with highlights including faux fried chicken, burgers and fries, and mac and cheese. The seitan, which forms the base of the “chick’n,” is meticulously house-made using a special wheat-free gluten in a process that takes over six hours to prepare.

“Animal products like egg white and fish bladder are often used in the refining process of liquor, beer and wine,” Herrmann explained. “Everything we offer is refined with charcoal or clay.”

Whether you’re a devoted vegan or vegetarian, or just experimenting with a “flexitarian” lifestyle by occasionally going meatless, fortunately today’s local options are as diverse as our hungry population.