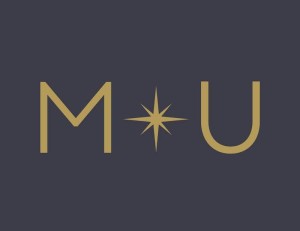 “There is no place like New Orleans. This vibrant city has been at the top of our list to host for quite some time due to its rich cultural history, as well as its unique arts, entertainment, and culinary scene,” says Paula Shugart, president of the Miss Universe Organization. “I look forward to our delegates from all over the world getting to experience all it has to offer.”

The highly anticipated event will feature almost 90 women from around the globe vying for the job of Miss Universe, through the process of personal statements, in-depth interviews and various categories including evening gown and swimwear. The evening will culminate with the 70th Miss Universe, Harnaaz Sandhu, who brought the title back to India for the first time in twenty-one years, crowning her successor.

“My time as Miss Universe has been an incredible experience and I am so grateful for all the opportunities I have received as a result of this platform,” says Sandhu. “I’m very excited that I will be crowning the next titleholder in New Orleans and that she will kick off her reign in such an exciting and special city known for its resiliency, music and grand celebrations.”

“The City of New Orleans and the Miss Universe Organization share common values of celebrating inclusion, culture and the empowerment of women,” said New Orleans Mayor LaToya Cantrell, the first female Mayor in the city’s 300-year history. “Former Miss Universe delegates and winners have gone on to become surgeons, diplomats, politicians and business leaders, and they all champion social causes that are important to them. Hosting this event demonstrates the significant global impact an international city like New Orleans has on the world’s tourism and cultural stages. We are honored to host the 71st annual Miss Universe pageant and show people around the globe why New Orleans is the best in the world at executing major events, festivals, conferences and conventions with a culture that is absolutely unmatched.”

“Hosting the 71st annual Miss Universe pageant is a rare, prestigious opportunity to positively showcase New Orleans to a global viewing audience in 165 countries and territories,” said Walt Leger III, executive vice president and incoming CEO of New Orleans & Company, the tourism and hospitality industry’s official destination sales and marketing organization. “Miss Universe will bring contestants and their delegations from 90 countries, fans, celebrity judges and performers, and hundreds of journalists and global influencers to New Orleans for more than a week to support our businesses and enjoy our culture.”