50 Years of Faith and Vision

Joseph Canizaro, the man behind One Canal Place and owner of First Bank and Trust – an $800 million community bank – looks back on five decades in business. 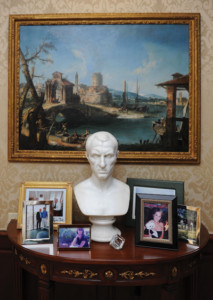 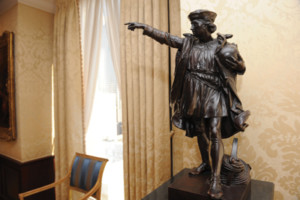 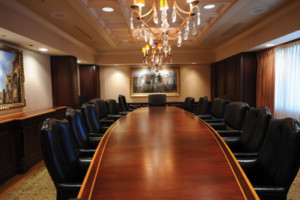 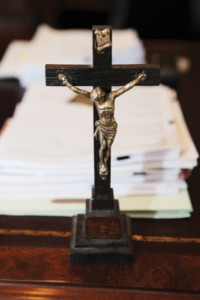 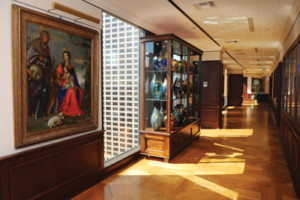 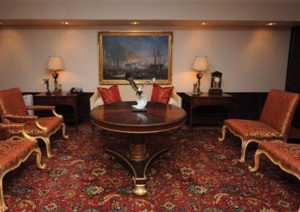 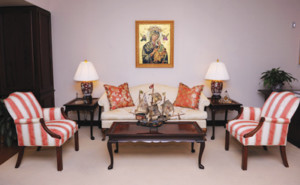 Joseph C. Canizaro has always been a man who can see what others can’t.

“Before I moved to New Orleans, I remember climbing up the stairs of the World Trade Center while it was under construction,” he says. “As I looked down at how Canal and Poydras streets almost converged at the Mississippi River, I remember thinking, ‘This is where I want to construct a great building – a model for what the future of New Orleans can be.’”

Overlooking the city skyline from his office in the First Bank and Trust Tower, Canizaro spoke about his vision.

“I could see how a project such as One Canal Place, on the edge of the French Quarter, could be a positive force in providing great office space for New Orleans, as well as promoting tourism with a grand hotel and an elegant shopping center,” he says.

Plans were soon completed for One Canal Place and Canizaro found just the right partner he needed to make his dream come true – the Shah of Iran, Mohammad Reza Pahlavi.

“He was anxious to invest in such a monumental project,” Canizaro recalls. “The only problem was the Shah was overthrown in the 1979 Iranian Revolution, and for a time the project looked doomed.”

Fortunately, Canizaro was able to keep the project alive and today One Canal Place, the Westin New Orleans at Canal Place hotel and the Shops at Canal Place, now owned by and managed by The Berger Co., are a city showpiece.

Today Canizaro serves as president and chief executive officer of Columbus Properties, L.P., a real estate development company he founded in 1966, and he holds the title of chairman of the board of First Trust Corp., the parent company of First Bank and Trust. He purchased the bank in 1991.

Canizaro’s projects have been as diverse as building the Texaco Center building on Poydras Street, First Bank Center (formerly known as the Galleria in Metairie) and the Information Technology Center Office Complex located at the University of New Orleans Research and Technology Park. Columbus Properties has developed, acquired and managed office buildings, hotels and mixed-use projects, as well as land and residential projects throughout the Southeast and Southwest regions of the country.

“I definitely have a numbers brain,” he says. “I do extensive research and crunch all of the numbers before I ever take the first step on a project, and I have learned how to be a good project manager, an essential element in completing anything.”

Canizaro credits his father, a surgeon who practiced in Biloxi, Miss., with much of his success.

“He taught me to be a confident person,” Canizaro says. “Early on I learned the value of working hard and making sure I had all of the facts before moving ahead with the next step in my life.”

Among those steps was a move to New Orleans in 1964, where he immediately became active in the business community.

“I have never regretted making New Orleans my home,” he says.

Canizaro, undeniably one of the most successful men in the past half century of New Orleans business, sits in his office at 909 Poydras Street, the last of the great buildings he completed (originally called the LL&E Tower), where he is surrounded by a collection of religious art that represents one of his primary interests in the past decade.

“I find my collection of religious art to be a further journey in my faith,” the devout Catholic says. “There is something very inspirational about being surrounded by great religious art of the past centuries.”

While Canizaro’s collection gives his office a museum-like quality, it is the setting that he calls “the gallery,” a long hallway that extends from the reception area, past the doors to the boardroom and on to his private office, that’s the real attention grabber.

The gallery features floor-to-ceiling windows that flood the space with natural light and provide an interesting view of New Orleans. Here, large paintings, sculptures and even a noted collection of handblown glass vases are worthy of note.

Canizaro’s collections extend to his home, a showplace that garnered the cover of Architectural Digest magazine. In it you’ll find near-priceless religious art, including a painting by one of his favorite artists, Botticelli, a noted Italian Renaissance artist whose work hangs in the major museums of the world. His home also features a private chapel where he prays on a regular basis and Mass is said on occasion.

Canizaro is also a member of Legatus, the association of practicing Catholic CEOs started by Tom Monaghan, the founder of Domino’s Pizza. Canizaro was the founder of the New Orleans chapter and has been very active in its projects.

“Legatus is not a philanthropic organization per se, but it is faith-based and interested in issues of charity and community,” he says, quickly adding, “Business is not just about how much money you can make. It’s about making a positive impact on your community and country.”

Canizaro takes great pride in being a trustee and former chairman of the Urban Land Institute, a national professional organization established in 1936 that boasts 30,000 members worldwide.

“[ULI] is devoted to improving the quality of real estate developments and their impact on the environment,” he says. He is also proud to have served on the Harvard University Graduate School of Design’s Advisory Committee on Real Estate Development.

Canizaro is quick to point out the value of surrounding yourself with the right people.

“The best example I can give you is Gary Blossman, the president and chief executive officer of First Bank and Trust,” he says. “He joined our team five years ago, and he has been a fantastic manager. It has been a pleasure to get out of his way and let him manage. Nothing succeeds better than success.”

Canizaro is currently working with a top neuroscientist on two major projects right now to help raise the funds to build the New Orleans Center of Research for Neuroscience. He is also working with Gov. Phil Bryant of Mississippi to develop a Diabetes Research Center at a new community he is spearheading called “Tradition” in Biloxi.

“I am enjoying the challenge of developing Tradition, a 4,800-acre planned community in Biloxi on the Gulf Coast,” he answers. “Since I am from that area, I have a unique appreciation of the beauty of the area.”

Tradition is adjacent to the largest national park in Mississippi and near the beaches that stretch from Bay St. Louis to Ocean Springs.

“We have paid a lot of attention to setting aside large areas for parks, trails and nature preserves,” he says.

There’s do doubt that in the past 50 years Joe, as he is called by his friends, has left his mark on New Orleans.

“I am ever mindful that my faith in God has played a positive role in my life,” he says. “It keeps me humble, focused and always striving to be of service to others.”