NEW ORLEANS – In honor of National Fried Chicken Day in the U.S., Fried Chicken Festival (FCF) organizers have announced that 25 vendors have been selected to participate in the inaugural festival.

"Since today is National Fried Chicken Day, we knew it was the perfect opportunity to unveil our vendors," said Cleveland Spears, III, FCF organizer and President/ CEO of the Spears Group. "Our vendors are diverse like our city, each providing their own twist to the classic dish. With so much excitement surrounding the festival, many of our vendors will appeal to the lovers of fried chicken and festival goers alike."

Organizers said FCF is a free outdoor festival that brings food, live music, family and festivities together in celebration of the classic Southern dish. The festival will include events such as the Fried Chicken Wing Eating Contest and the Best Fried Chicken Contest, which will be judged by local and national food writers, bloggers and critics.

The festival will take place during a very eventful weekend in New Orleans, which is expected to attract thousands to the city. The weekend will begin with Beyonce's Formation Tour on Saturday, September 24, and it will end with Monday Night Football in the Mercedes-Benz Superdome on September 26 when the New Orleans Saints take on the Atlanta Falcons. 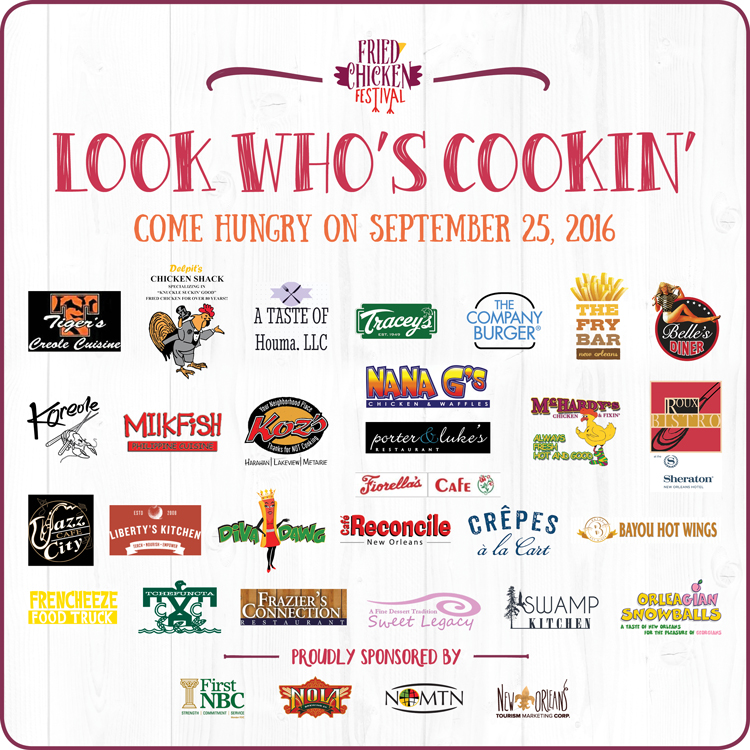