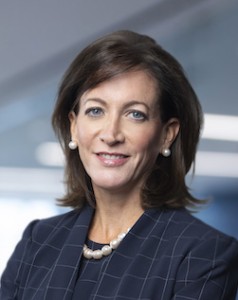 NEW ORLEANS (press release) — McGlinchey is pleased to announce the return of the annual Dermot S. McGlinchey Lecture on Federal Litigation at Tulane Law School. Professors James E. Fleming and Linda C. McClain, from Boston University School of Law, will deliver an address on a citizen’s right to be free from government orthodoxy.

This year’s lecture will take place at 5 p.m. on Monday, March 21 in John Giffen Weinmann Hall, Room 110, at Tulane Law School, located at 6329 Freret Street in New Orleans. The event is free of charge and open to the public, with a reception to follow.

The duo’s lecture, “A ‘Fixed’ or Exploding Star in our Constitutional Constellation?: West Virginia v. Barnette and Battles over ‘What Shall be Orthodox’” will address the 1943 case in which the Supreme Court struck down a  compulsory flag salute in public school. The case contains some of the most stirring and frequently-quoted passages ever penned in a judicial opinion and Fleming and McClain will unpack the case’s impact on current culture war battles.

Fleming and McClain have overlapping expertise in the areas of constitutional law and family law. They have previously authored a book together, “Ordered Liberty: Rights, Responsibilities, and Virtues,” 2013, by Harvard University Press. McClain is well known for her work at the intersection of family law and constitutional law, represented most recently by her 2020 book, “Who’s the Bigot? Learning from Conflicts over Marriage and Civil Rights Law.” Fleming is known widely for his work on constitutional theory, including the theory of constitutional interpretation.

“I am so pleased that the lecture series will continue after a two-year hiatus due to the Covid-19 pandemic,” said Deirdre C. McGlinchey, Member in the firm’s New Orleans office and daughter of Dermot S. McGlinchey, the late founder and namesake of the firm. “I look forward to hearing the insights Professors McClain and Fleming will share on the interplay of law and culture.”

The annual McGlinchey Lecture was established in 1996 by McGlinchey Stafford to honor Mr. McGlinchey, an eminent champion of equal access to the courts. The lecture is dedicated to the field of federal litigation, his area of expertise. Mr. McGlinchey was a leading lawyer of his generation, noted civic activist, and ardent supporter of Tulane Law School. Mr. McGlinchey received his undergraduate and law degrees from Tulane and remained active in the Tulane community throughout his life. Mr. McGlinchey balanced his 35-year legal career with substantial commitments to professional, civic, and charitable endeavors in New Orleans, and received numerous accolades for his leadership within the legal profession and the greater community.