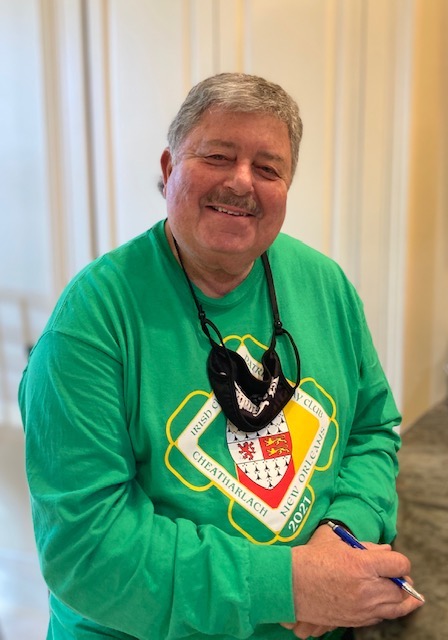 New Orleans’ saturated soil, combined with the ever-threat of rising water, mean that to live safely, our buildings need to be surrounded by protected ground and they need to be elevated. According to a report prepared by the URS Group for FEMA, as early as 1719, clusters of huts in the yet-to-be-named French Quarter were surrounded by a three-foot levee. At the same time, soon-to-be-raised Creole cottages began populating the growing neighborhood.

Cultural geographer Richard Campanella states in the same report that all structures should be raised on pilings or piers. And so it was for 200 years, until that practice was abandoned after World War II in favor of cheap, concrete slabs. However, the brutal and bitter reality of Hurricane Katrina brought raised buildings back to the region in a big way.

According to the company’s website, “In 1935, when Charity Hospital’s contagious disease building needed to be moved an entire city block, fully intact, Great Uncle Joseph Reynolds made it happen. Moving it along the streets on steel spools. Gov. Huey Long’s plans were underway, only to sit for a year without electricity or plumbing, then quietly rolled back in the ‘dark of the night.’”

In 1980, Dennis Roubion became the sole owner and proprietor of the business. A graduate of Loyola University, he is a licensed home builder and a board member of the Better Business Bureau. Several years ago, Roubion turned the reins over to his three children: Dennis Jr., Justin and Lydia.

“I’m retired, but I pop in and out on some of our bigger commercial jobs,” he says. “I go out and look at those jobs. The business — along with Rubion Roads & Streets, which we started about 10 years ago — is now owned by my children and they’re doing a great job.”

At the tender age of 12, Roubion leveled his first house with his uncle.

“I took a four-foot level and ran it around the house, measured down to the piers, measured up, and ran lines across one end to the other and all the way to the center.”

So how do you know if your house’s foundation needs a little TLC?

“When doors stick or have cracks at the corners of their frames, it is usually due to foundation problems and it’s time to call us,” he says.

According to Roubion, several grants are available to help someone pay for a home elevation, with rules and available grants varying depending on the parish. Orleans Parish information can be found by calling (504) 658-8740. Roubion also suggests visiting the parish’s website  Elevation Grants Page for more detailed information.

“Federal grants to elevate houses are still going strong since Katrina,” he says. “And our mitigation specialists will handle all the necessary paperwork.”

According to Roubion, there are several valuable benefits to raising a house.

“It will decrease the risk of flood damage, lower your flood insurance premiums and increase the value of your property.”

By some estimates, lifting a house increases home resale value by 15 to 25% and reduces insurance premiums by 30 to 60%.

Roubion says he enjoyed every year in his industry, and takes great pride in the fact his family business has been around for 153 years.

“We have so many historic houses in the area,” he says, “and it’s been so rewarding bringing some of those structures back to life and keeping them safe for generations to come.”

It’s Electric! Jerry Therio is the King of Neon

Adventures of an Online Boutique During COVID-19